Verandah Magazine is proud to present two exclusive events, a lunch at the Byron at Byron, and an evening at the Arts Centre, Gold Coast with Irina Baronova’s daughter, actor Victoria Tennant, the author of a new book, Irina Baronova and the Ballets Russes de Monte Carlo.  In the lead up to her Australian book tour,  Tennant talks with Verandah Magazine’s Sonia Caeiro de Alvarez about the process of curating her mother’s extraordinary life.

In the old black and white photo I’m looking at, young, muscular dancers are leaping into the air, in formation. In another photograph the same dancers are pictured diving off a ship grinning at the photographer in a joyful group. It is 1938 and these dancers, the Ballets Russes de Monte Carlo, are on a tour that will drastically alter many of their lives.

Irina Baronova, one of the stars of the ballet is in the group, who were on their way to Australia on an eight-month tour, on the cusp of WWII.

“My mother loved Australia,” says actor Victoria Tennant, daughter of the famous dancer and esteemed English theatrical agent Cecil Tennant. Sir Lawrence Olivier was Tennant’s godfather and she herself has a longstanding credibility in Hollywood featuring starring roles in films such as The Winds of War, The Handmaid’s Tale, All of Me and L.A Story, amongst others.

“The Ballets Russes spent a long time here, living within the community, making life long friends,” she says. “Many dancers stayed, they fell in love, or wanted to avoid the looming war.” That intense tour, 227 performances in 212 days, resulted in a sudden influx of quality dancers and teachers into Australian cultural life, most of them Russian Jewish expats. 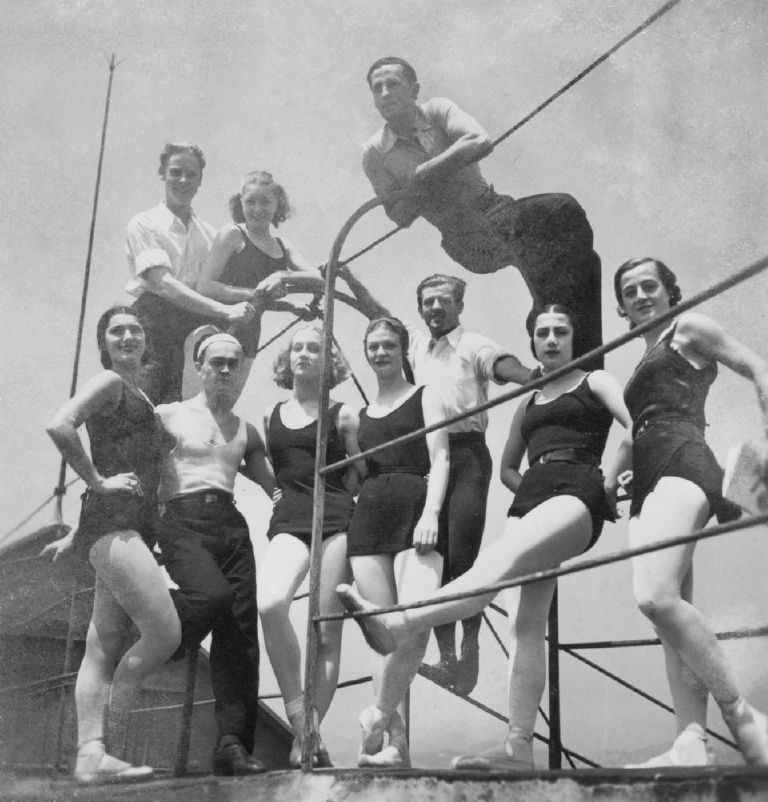 The Ballets Russes on the way to Australia in 1938.

Tennant’s book, Irina Baronova and the Ballets Russes de Monte Carlo spans almost a century – from the Russian Revolution, to World War II, to modern day Byron Bay. The company transformed the contemporary ballet industry in America and Australia, the latter becoming Baronova’s home for the last eight years of her life. Speaking to Tennant via Skype prior to her arrival in Australia to promote the book, she is everything one might imagine her to be from her screen roles. Elegant and articulate, the Los Angeles based actor is generously forthcoming as she talks about the process of curating the life of her prima ballerina mother.

The book – complete with over 300 magnificent stage, studio and behind the scenes photographs – is compiled from Baronova’s vast archival collection and personal correspondence. Tennant’s storytelling provides structure, and her words, sitting alongside her mother’s, resonate with the vivid images.

“I wanted it to be principally about the photographs,” Tennant says. “I thought I would find a way to put enough text there to make them understandable, to put them in the context of a story but I also wanted for my mother to speak for herself as much as possible – it wasn’t for me to impose myself on her story.”

Astonishingly, according to Tennant, the photographs were in pretty good condition. “My mother chucked them in shopping bags and boxes and hauled them all over the world,” Tennant says. “They ended up under the stairs in Byron Bay where it’s incredibly humid, and I was amazed they survived at all.”

The painstaking project took Tennant two years to complete, and having decided she would make the book at her own expense, the journey began without an editor, publisher or designer.

“I was introduced to a book designer who’d been a dancer,” she explains. “I photocopied all the photos into little squares and I printed out my text. Then I would cut it into sentences and paragraphs and I would take sheets of paper and tape it all together to what I thought it should look like. I would do it one chapter at a time and drive each chapter from LA to Pasadena to meet Karen and spend a few hours going through them together. It was a long process, but it was a real collaboration.”

Letters between mother and daughter form the bulk of text in the book and Tennant tells me she admires her mother’s style. “Mum wrote beautifully,” she says. “Her letters to me are unbelievably well written, particularly when you consider that English was her fourth language. She expresses herself so beautifully – she was a very emotional person. The fact that she was a refugee is something that formed her psychology. Not being able to go home to Russia, being homeless, she was a person out of context. Her mother didn’t even like to talk about Russia – it was so painful – so Mum was in ignorance of everything that ties in with most people’s sense of identity.” 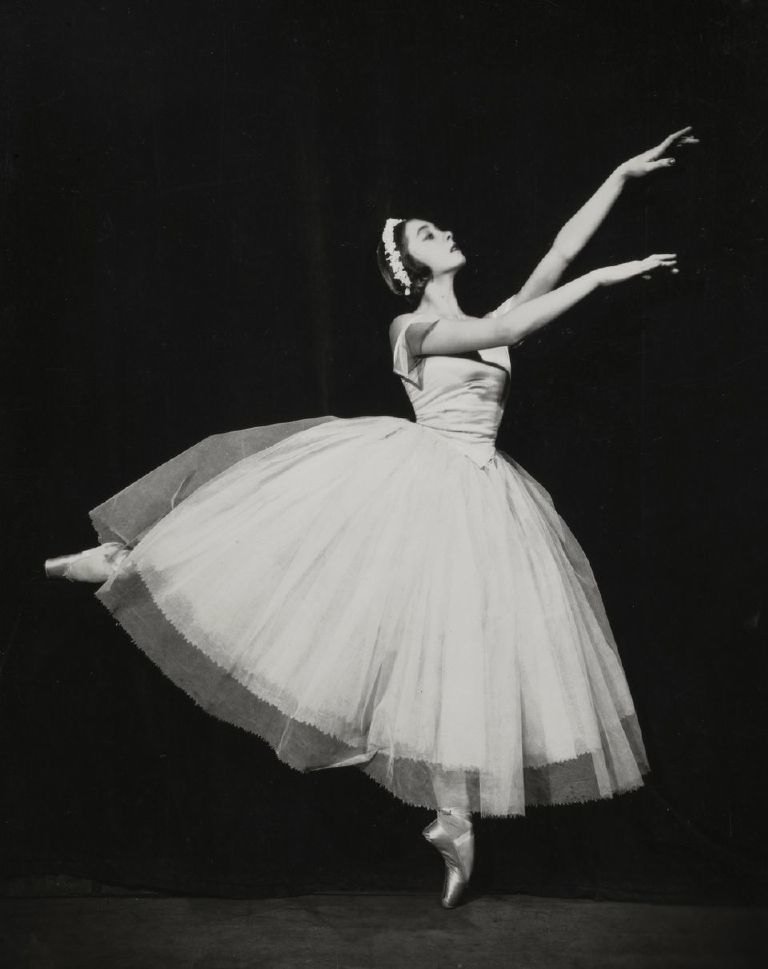 Another major influence in Baranova’s life was the fact that she was a professional child performer – and the main breadwinner of the family – from the age of 12 or 13. Says Tennant: “In the theatre she was a big star, an international artist, the prima ballerina of a very important ballet company. Beyond the theatre, she was a little girl who did exactly what her parents told her, who had no money of her own and wasn’t allowed to do anything or go anywhere or talk to anyone without her mother’s permission.”

Standouts in Tennant’s retelling of the family history include the Baronova family’s escape from Russia and their seven years as refugees in Romania. Yet somehow in all the hardship of the post-revolutionary Eastern Bloc, in 1926 her mother managed to take her seven-year-old daughter to a ballet.

Another fascinating section is the punishing nature of the company’s US transcontinental tours. The company’s American tours are the stuff of legend – phenomenal enterprises of over 200 performances in less than six-month periods.

“The Australian and NZ tour in ‘38 was very different,” Tennant explains. “In America the company lived on a train, and didn’t interact much with locals because they had to get back on the train every night and move on to the next city. They might meet a VIP, a movie star or a society hostess, but I don’t think they got to meet very many Americans. But in Australia my mother got to be friends with Australians in a way that she didn’t get to be with Americans and those friendships lasted her whole life.”

Rare, early films made by Baronova’s first husband Gerry Sevastianov on his home movie camera are priceless now in the days of early filming, particularly private film and the recordings were ultimately donated to the National Library of Australia. Her first marriage ended in divorce, and in 1946 she met the UK agent Cecil Tennant, with whom she had three children, Victoria, Irina and Robert. (Many years later, after Cecil Tennant was killed in a car accident, she resumed her relationship with her first husband.) 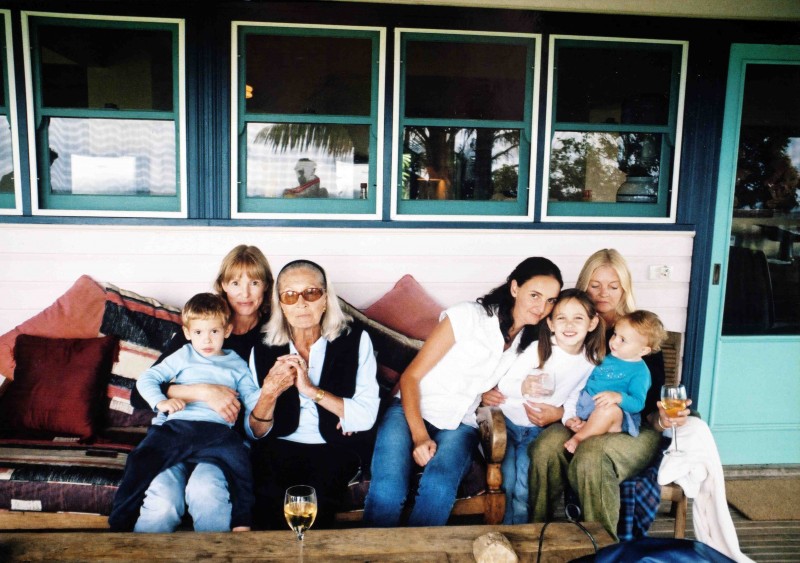 After the 1938 tour, for reasons of love, war or religion, a number of the company chose to stay in Australia. They included Edouard Borovansky, Tamara Tchinarova and Kira Abricossova who later became foundation players in the Australian Ballet and the West Australian Ballet respectively.

Says Tennant: “These were company dancers my mother knew who chose to stay in Australia and long-standing friendships had already been formed with them. When my mother moved back to Australia at the age of 81 – where she lived for the rest of her life – it was amazing, she stepped into a fully formed life, both professionally and privately.

Baronova had said she didn’t want to live with any of her children but would consider living near one of them. In the end she chose to live near her second daughter, also Irina, near Byron Bay. She bought the first house she saw.

“Her house was like a hotel 12 months of the year, it was unbelievable,” recalls Tennant. “She never had the house to herself, it was full of guests from all over the world, all the time. My family came every year with the children to see her and I would go back every six months to spend a week with her alone. She was so happy in Australia and I think being in Byron gave her a lot – it gave her renewed health and Australia welcomed her as a professional so that she felt relevant and respected. Her autobiography coming out at the same time as the film Ballet Russes gave her a lot of public appearances and interest  right at the end of her life. I think Australia was the best thing that happened to her really.”

Tennant says completing the book brought about a different relationship with her memories of her mother. “The grief part actually came earlier when I finished cataloguing all the contents of my mothers office and then packed it all up to send to the Lincoln Centre Performing Arts Library in New York,” she says. “When those boxes were packed up and standing by the front door ready to be shipped off again – I felt waves of grief, as if I was losing Mum all over again. But when I finished the book, somehow it was different. I felt like I’d had her for another couple of years. I felt I knew her better, not as a daughter to the mum – I knew her when she was alive that way – but as an adult to another adult, and I had an increased respect and appreciation of her as an artist.” 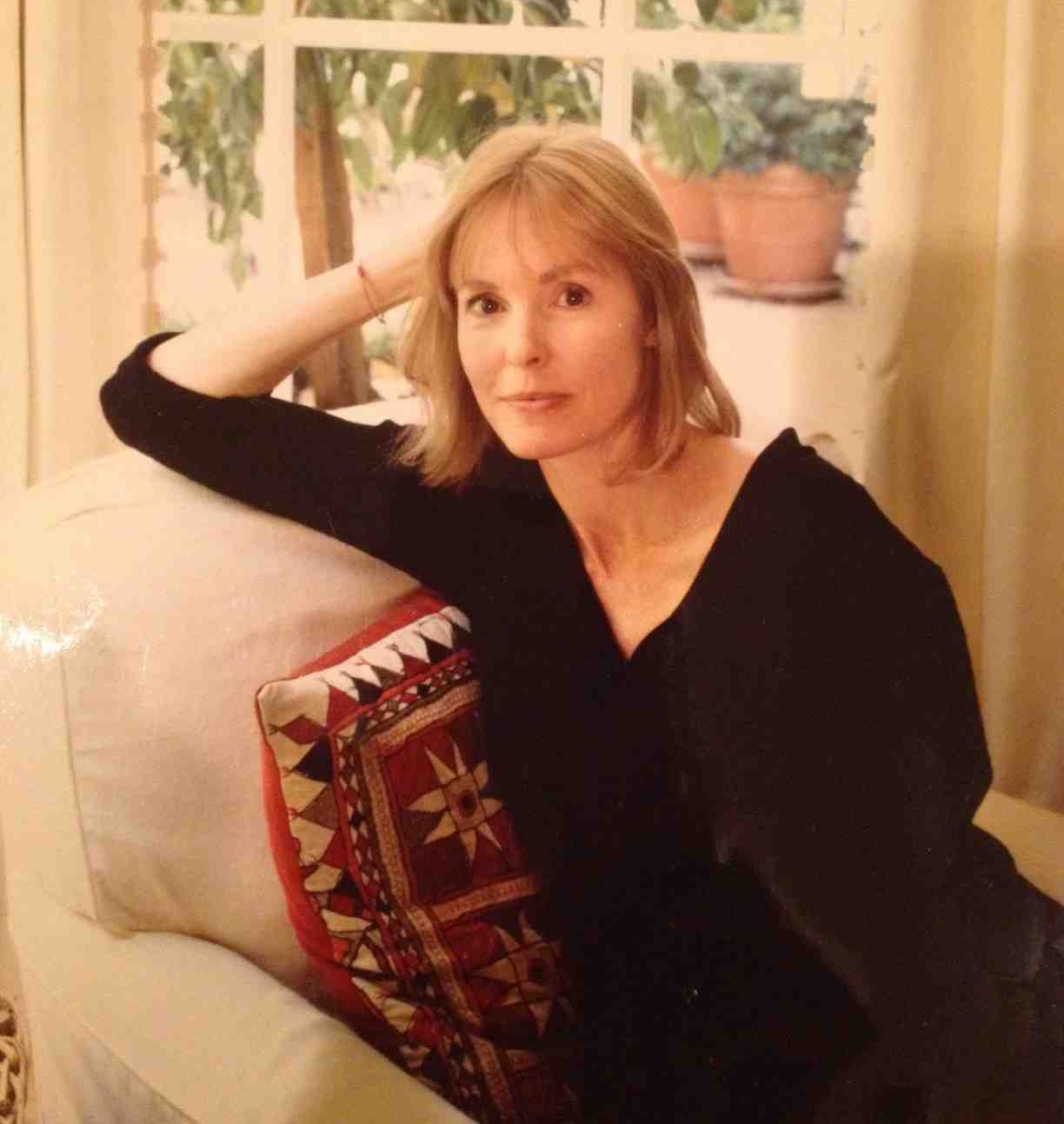 Actor and author Victoria Tennant at home in Los Angeles.

Tennant emphasizes that the journey is not over. Now in the midst of publicity and book tours, she says there’s more than a slim chance of a documentary film or feature working its way through the pipeline. It’s a safe bet to assume she will maintain a voting seat on such a project.

In 2008 Baronova’s coffin was carried by the family to its final resting place to the strains of Swan Lake. Tennant tells a poignant story of this last journey in a long life of journeys. After the funeral, packing up the final boxes of the treasure trove that had been Baronova’s belongings, Tennant found a small bag of dirt. It was Russian soil – which had survived the decades of Baronova’s travelling. A refugee from her country of birth she had carried her country with her wherever she went.