Robert Drewe on the vexed question of scientific research, the importance of names and why toast always lands butter-side down.

Don’t you love complex scientific research that spends time and money to come up with results that everyone knows already? Like the recent buttered toast study, where several scientific investigations found that grandma was right: toast dropped from a table falls butter-or-jam-side down at least 62 per cent of the time.

Then there was my favourite research study of 2016: the finding by St Andrew’s and Glasgow universities that the opposite sex becomes more than 25 per cent more attractive to people drinking alcohol.

A corresponding study at Bristol University went even further, discovering that students of both sexes found people 10 per cent sexier after just a measly 15 minutes of drinking and two beers. (Also proving that British universities have no trouble signing up willing students as research subjects.)Now, on a different tack, a major study involving hundreds of participants and researchers in France, Israel and the US, and just published by the American Psychological Association, has discovered that people often look like their names; specifically that men named Bob mostly look like men named Bob, and that Tims actually look like chaps called Tim.

The next possible research study?

Putting aside the question of why an international Bob and Tim research study should be conducted in the first place, the investigation found that participants shown a photograph and given a list of five names, matched photographs of the Tims and Bobs to their names with 40 per cent accuracy. Furthermore, a computer using a learning algorithm matched 94,000 facial images to their correct names 64 per cent of the time.According to the chief researcher, Dr Yonat Zwebner of the Hebrew University of Jerusalem, this was because of the cultural stereotypes we attach to names. People subconsciously altered their appearance to conform to the cultural norms and cues associated with their names: “Those areas of the face controlled by the individual, such as hairstyle,were sufficient to produce the effect,” said Dr Zwebner. 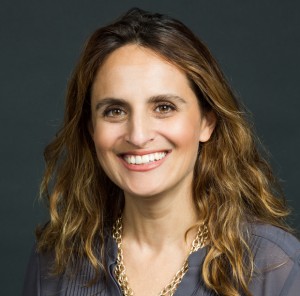 Dr Ruth Mayo, co-author of the Bob and Tim study, says we’re subject to social structuring from the minute we’re born, not only by gender, ethnicity and socio-economic status but by the simple choice our parents made in giving us our name. “These findings suggest that facial appearance represents social expectations of how a person with a particular name should look. A social tag may influence one’s facial appearance and our facial features may change over the years to eventually represent the expectations of how we should look.”

And why were people able to differentiate a Bob from a Tim? Because, the study found, Bob was “a round-sounding name” so Bobs were thought to have round faces, while Tim “sounded thin”, with a narrow face. ‘

Hmm. Speaking as a Robert or Rob (not a Bob, thanks), it seems to me the study missed an important point. The parents who apparently laid down these rules when naming their boy babies, would actually have called them Robert and Timothy, not Bob and Tim, maybe with quite different cultural and social expectations.According to the Behind the Name website published simultaneously in the Journal of Personality and Social Psychology, the “popularity ratings” given by hundreds of respondents to Bob and Robert, and Tim and Timothy, vary considerably.

Of course this is unfair and very, very wrong. Especially the fat-faced, Boring, levitra and alcohol Common, Simple, Rough and Unintellectual slurs. Amongst many other fabulous exemplars of the name, let me hasten to present Bob Dylan, Bob Hawke, Bob Marley, Bob Hope, Bob Carr, Bob Ellis and Bob Woodward.

All of which should be taken with a pinch of salt when you consider that perhaps Australia’s two favourite sons, intellectual and otherwise, are the Tims Minchin and Winton.

Incidentally, the Behind the Name site has some interesting respondents’ ratings for the name Donald. Published two years before the US election, the areas in which Donald dominated are Bad Name, Feminine, Modern, Informal, Common, Urban, Devious, Rough, Simple, Comedic, Unintellectual and Strange.

And there’s only sure way to cool down – hit the surf.  Last week’s shot of Kyuss King, and this  beautiful shot of an…