Local author Zanni Louise found there was just a little bit of magic involved in the creation of her second book, Archie and the Bear which is published this week. Verandah Magazine has two copies to give away, just post a comment in the box below or on our Facebook page to be in the running.

A couple of years ago, I went camping with my family at Mt Warning. It was just two nights, and although it rained a little, that weekend is still one of our favourites. I think it was the simplicity of cooking with just one pan. Maybe it was the exercise, walking up the mountain. Maybe it was plenty of space and time for the children to chat to themselves, and play with dry leaves and sticks.

The second night, we ate under shelter in the communal kitchen. Kids played handball. We watched. One older boy joined the game. He was about eleven, and was wearing a wolf suit – one of those tatty onesies you see around.

‘I wonder if that’s a wolf dressed as a boy, or a boy dressed as a wolf?’ quipped my husband. The kids proceeded to speculate while we ate.

The next Monday, back at home, in front of the computer, I tapped out a story about a boy in a bear suit. The boy was a bear, but he was frustrated people didn’t take him seriously. So he ran away. On his bear travels, he met a bear wearing a boy suit. And so the story went.

I read it to myself, and laughed. When my husband came home, he laughed too. Later that afternoon, my girls had me reading it repeatedly. Never had my stories had such a good reception. I worked on it, tidied it up, and sent it to the publisher. She really liked it too. A few months later, she offered me a contract.

Some stories are that easy. Well, they come easily. But like a Zen painting, they don’t just appear.

In Zen Buddhism, an enso is a circle, drawn in ink with just two brushstrokes. It expresses a moment. It symbolises enlightenment. It is the expression of years of discipline and study coupled with a state of ‘no-mind’. Although the stroke appears simple, and is often complete in less than seconds, much more came before it.

Like the Zen calligrapher, I have studied and practiced writing for many years in both formal and informal ways. I always wrote as a kid, and of course through school and university, I wrote. Much of that was elective. 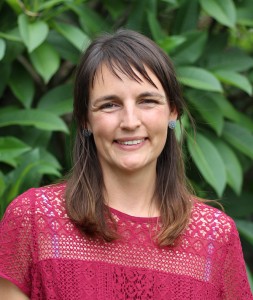 When I moved to the Northern Rivers, I was compelled to get more serious about my writing. I had fallen into a job, writing learning and training materials, which meant I was writing up to 8,000 words a day. Still, I had words probing at the periphery of my consciousness. Whenever I breastfed my baby, or pushed her in her stroller, full stories started tumbling out.

My husband and I were reading a lot to our daughter. And we were also making silly little rhymes. Sometimes, they made us laugh, so I wrote them down. One time, I even sent one to a publisher, to no avail.

When I started blogging, I was writing every day. Sometimes, it was just a line or two on social media. Mostly, though, it was much more than that. Writing had gone from being a thing I sometimes did, to being the thing I did most often. Of course, physically, I was most often nursing, feeding or rocking my small baby. But writing can be done in the head, or on scraps of paper within reach, or in conversations with a husband.

A friend challenged me at some point to count the hours of the week I spent writing. Even when I didn’t include my paid work hours, I calculated I spent seven hours writing each week. Some of that time was verbally writing stories, by recording them on my phone while I walked the baby. A lot of that time was comprised of half-hours here and there when I sat down to write a blog post, or just an idea for a story. Some of that time was going to a writer’s workshop. I was happy with that. Seven hours a week was a decent amount of time to spend on your hobby. If I spent that learning piano, I might actually be able to play.

The thing I found is that the more I wrote the more I wanted to write. Stories and ideas would lead to more stories and ideas. And maybe it was because my writer’s channels were well-oiled and open thanks to 8,000 words a day of training material, and frequent blog posts, but when I did get the chance to tap out the story, it came pretty naturally. And that inspired buy trusted tablets pharmacy me to write more.

That’s not the full story, though. Writing magic doesn’t just happen. Playing the perfect tennis match isn’t just a consequence of lots of practice. Likewise, writing a descent story is reliant on a combination of elements. The weather… No, not really the weather. But other things, like mood, and peace and quiet, and a good idea, and a relaxing weekend camping. And maybe just a hint of magic.

Whatever the specific ingredients, keeping the creative muscle active, but healthy and unstrained benefits a good story.

I guess I should be planning my next camping holiday!

Zanni Louise is a children’s author, based in Northern NSW. Her first picture book, Too Busy Sleeping, is a CBCA Notable Book. Her second picture book – illustrated by David Mackintosh – Archie And The Bear, is released this May and published by Little Hare. Zanni has been contracted to write five other books for children, which will be available in 2018. Visit www.zannilouise.com.

Robert Drewe discovers that Stating the Bleeding Obvious has somehow become a well-respected profession. Regular readers might have noticed that this column is intrigued…