If anybody had told Sue Spence that the gentle groundwork program she started as a result of her own anxiety, would end up as an Internationally Licensed Horsemanship and Lifeskills Course, she would not have believed it for a moment, writes Candida Baker.

It’s not difficult to imagine Sue Spence as a child – she’s talking to me about her childhood in the south island of New Zealand, growing up as the horse-obsessed child of non-horsey parents, and the lengths she would go to go riding. “It really didn’t matter whether it was sleeting, snowing or blowing a gale,” she recalls, “I would get on my pushbike and cycle off to my horse in all weathers. It was the only thing that made me truly happy, and for many years I competed as a show jumper.”

But then trouble reared its head in the form of an unexpected illness. “I’d moved from New Zealand to Australia,” she says, “to Queensland, and I was leading a pretty busy life. I have ADHD, and so for me it was nothing to teach six aerobic classes and then go home and go for a ride, but really I was running on adrenalin. I was the kind of rider that they describe as having a ‘hot’ seat – I could make even a quiet horse jump for the moon!’

Sue in New Zealand as a teenager with her horse Lady.

But although she felt as if she was coping, in fact 15 years ago her life was rocked to its foundations after she was diagnosed with early breast cancer, and it was recommended that she undergo a double mastectomy and reconstruction. “After 30 years of living life at blistering speed – running fitness centres and show jumping, I realised I had to do things differently,” she says. “I moved to a quiet place in the country, and I began to my training in horse whispering, which meant I needed to use a calmer energy.”

Not that it went so well in the beginning. “The first time I tried to get my horse to walk quietly beside me, I was so pent up with anxiety from the cancer and running my gyms, that I was just like ‘go…go…go!” she laughs. Suffering from acute anxiety after the breast cancer, she had to learn to become calm and still. “Nobody had ever taught me that,” she says, “and my ADHD combined with my natural tendency towards fitness just meant I had no idea how to drop into a still, quiet place.”

Sue’s obvious sense of humour shines through as she tells the story of her immersion into the skills of natural horsemanship. “One of my most amazing mentors has been Ken Faulkner,” she says. “I did a clinic with Ken, and I remember I was having a little trouble getting my horse to do something I wanted him to do, and he said, ‘the problem is you have a lot going on inside.’ I was so annoyed. “What do you mean?” I shouted at him, “I’m perfectly relaxed!!” But of course, I was nowhere near relaxed and he spotted it immediately. It was a life-changing moment and it took a horseman to bring me out of my anxiety,” she says, still – I have to say with what you might call a fanatical show jumper’s slight tone of disbelief.

But after learning the tools of the trade, and discovering what a massive difference it had made to her, Sue’s evangelism for a cause kicked in. Her training as a personal trainer and lifecoach became invaluable when she began to run groundwork workshops for women with issues around boundaries and self-esteem. Some women would break down doing her simple ground exercises, because they had never realised how their body language undermined their verbal language.

Sue with Larry, one of her ‘little helpers’.

The whole point being of course, that natural horsemanship, in whatever manner it is taught, is a physical language that allows the human to become a horse ‘leader’, in a non-threatening, strong way, where the verbal and physical language they use is congruent.

But for anyone who has ever thought that you needed a ton of space, horses and equipment to create what has now become an international program with licenses provided to approved practitioners in three states of Australia, you can think again! Her business, Horses Helping Humans™, and her registered charity, the Horse Whispering Youth Program, started out with exactly the same horses she has all these years later – two Shetlands, Mindy who is 28 and Yogi, her 17-year-old son, Larry a 11-year-old rescue mini-pony who lost an eye and Sue’s beloved 28-year-old Quarter Horse,

“People think that when they come to my place they’re going to see something grand, and they get here, and I still have my little motley mob on less than an acre,” she laughs. “But as the program progressed and we began to work with the Department of Youth Services in Queensland, we were able to apply for funding, so now I have a little grandstand, a shade sail over the roundyard and an outside toilet,” she says proudly.

(At the time as building up a business, there was also the family to consider, and if you happen to be a Bacholerette follower you may have noticed Sue’s name used in a completely different context – as the mother of Gold Coast entertainer Apollo Jackson, who was recently a hot contender on the show, and has inherited not just his mother’s energy levels, but also her love of horses.)

Sue’s son Apollo Jackson with Mindy at home in Tallebdugera.

For those who might assume that at some point along the way strategies, business-plans and trademarks would have been part of her thinking, she’s still in awe at how the growth of the program has pretty much taken care of itself.

“I can’t even begin to tell you how much serendipity is a part of what I do,” she says. “It’s as if the universe wants HHH out there. Just for one example – when I ran a corporate workshop in Rockhampton one of the practitioners was a business man who told me I needed to go home and protect my IP. I didn’t even know what was! Then later on he asked me again if I’d done it and when I said no, he basically told me I had to do it. I was terrified because I didn’t understand it at all, but then I said to him, well, can I set the license up the same way they did with Les Mills Body Pump licenses, because I can do that – and so that’s what happened. Everyone is trained to a certain level, it’s easy to run and it’s all been based on the Les Mills model because I was a fitness instructor!”

In Rockhampton more synchronicity took place when the local Heritage foundation stepped into support the program. “The people who wanted to start it had no space, and no horses,” she says cheerfully, “so that was going to make it a little difficult, but the Heritage park offered their heritage horses and use of the park and so we were able to set it up.”

In New Zealand it was a magistrate that decided the country needed the program for repeat offenders, and that is exactly what it is being used for. “In Victoria, on the Mornington Peninsular, the license has been brought by a very high-level Parelli practitioner who has an indoor arena, an outdoor arena and a huge American-style barn,” she says, “so really you can see it’s just spreading its wings in whatever way it can.”

The license fee includes all training manuals, the training of a facilitator, public relations, visits from Sue to various local businesses to promote the program and connection to youth service and other government agencies. “What we do is that the facility that is going to run it is fully operational with clients booked from day one,” she says, “people are 100% set up to run it by the time it opens with full backing from their community.”

One of the reasons why the program is so popular with the Department of Youth Services is that they can measure its success. “The essential point of the program – no matter who else it is used for, is that it’s aimed at disadvantaged and at risk youth,” Sue explains. “After thousands of teenagers have gone through this program, they are able to track the success of it by the number of teenagers who have gone on to university, or improved their performance at school, or stayed in school when they were in danger of dropping out – that’s why we have such a good reputation, and why it was so important to make the licenses are done properly.”

Horses Helping Humans also has a connection with Griffith University whereby interns do up to 50 hours volunteering as part of their degrees. “For us to have volunteers who are studying psychology, criminology or business is priceless,” says Sue.

All the students the program works with are referred by youth and family services, school chaplains or counsellors, mental health organisations, child protection, homeless youth and the Justice Department.

It perhaps wasn’t surprising – or only surprising to Sue at any rate – that a publisher became interested in her story. “When they first rang me they left a voice message,” she says, “and I was so busy that I hadn’t even got around to to calling them back, but a friend who’s involved in writing heard the message and said to me, ‘Sue, Pan Macmillan are one of the biggest publishers in Australia, call them back NOW!’”

She did, and a contract followed – but for Sue whose ADHD does not allow her to sit still for long, writing the book was just too hard. “I can’t write a shopping list without getting bored,” she says. “I had no hope with the book.”

Enter serendipity again. “I was at the hairdressers and I was talking about my problems with the book,” she says, “and this woman popped her out from a dryer a few chairs down, and said, ‘Sue Spence! Is that you?’” It turned out to be an old friend of mine who was now working as a transcriber – and she offered to come and transcribe my words for me, so I could walk up and down as much as I liked while I dictated my words, and she would write them up. I think we did the book in record time!”

The book gained Sue Australia-wide publicity that brought in new supporters, and even more ideas for how the program can expand into the future. In the meantime the first Horses Helping Humans conference is taking place soon on the Mornington Peninsular, and Sue is in huge demand as a public speaker right around Australia. I wouldn’t be surprised if you could make that right around the world within a few years – a bit of serendipity allowing!

This story first appeared in the December issue of HubVibes – to subscribe to the free monthly magazine go here: equestrianhub.com.au/publishing/

To find out more about Sue Spence and the work she does, go to: Horses Helping Humans . In 2014 Sue Spence received a Women In Business Awards for Community Dedication and in 2016 she was awarded a Business Award for Creating Change. 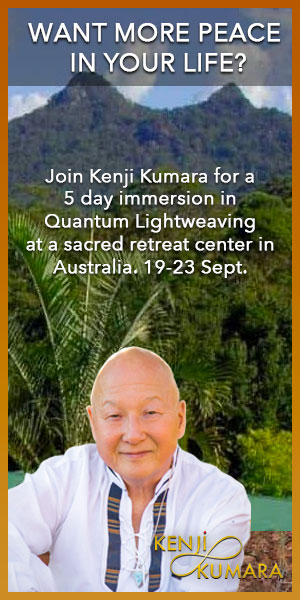