From the biggest Mexican hit film ever, to Bollywood meets Barcelona, Peruvian cuisine and the brooding thriller Marshland, this year’s Spanish Film Festival at the Palace in Byron Bay from April 30 – May 7, has a little something for everyone – ole!

Instructions Not Included is the highest grossing Spanish-language film of all time in the U.S., and it screens as part of the Spanish film festival on Tuesday May 5.   Acapulco playboy Valentin’s life is turned upside down when his illegitimate daughter Maggie is left stranded on his doorstep. After trying unsuccessfully to find her mother Julie, Valentin eventually gives up and decides to embrace his circumstance, landing a successful and high-paying job as a Hollywood stuntman. However, when Julie returns – intending to become part of Maggie’s life, things become more than complicated, as cover-ups are revealed and the question of what makes a real family is put to the test.

In the exciting world of cinema co-productions, unusual combinations of filmmaker and country are an excellent example of multi-cultural affinities. The 2014 Montreal Film Festival Audience Award winner Traces of Sandalwood is a perfect example, combining striking Bollywood musical sequences with picturesque vistas of Barcelona.

After her mother dies giving birth, young Mina vows to raise her newborn sister Sita in their small Indian village. However, destiny has a different fate in mind and after just a few years the two children are forcibly torn apart. Decades later, Mina is one of the most famous Bollywood stars in India, but the search for her long-lost sister remains her paramount mission in life. Meanwhile, Sita lives a life far-removed in Barcelona as a biologist, now called Paula and entirely unaware of her past heritage or her sister’s existence. When the two are finally reunited, Paula is faced with the challenge of coming to terms with this reality and in her attempts to accept her newfound identity, she will come to know more than one love she never knew she missed.

Traces of Sandalwood screens on Sunday May 3, along with the multi award winning Marshland and inspirational documentary Finding Gaston. 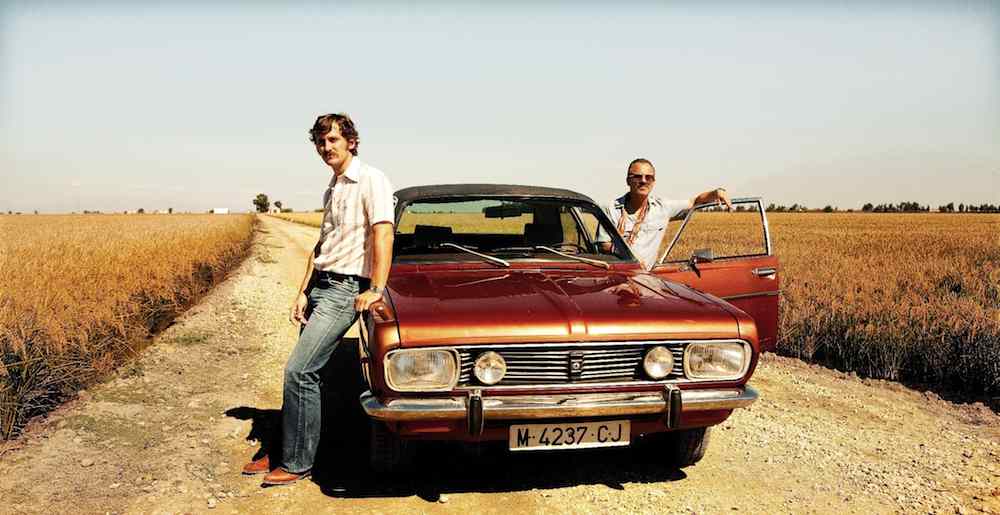 Festival highlight: In the tradition of the television series True Detective comes Marshland

Marshland is an unmissable festival highlight reminiscent of the much-lauded TV series True Detective, which showcases brooding Spanish cinema at its very best. Set in 1980 during the civil unrest in the wake of Franco’s death, two teenage sisters have mysteriously disappeared under suspicious and brutal circumstances. Two detectives sent to the repressed southern marshland town of Villafranco del Guadalquivir to investigate discover that the missing girls are just the beginning of something far more sinister.

Peruvian cuisine’s global popularity has no more vocal champion than Gastón Acurio, restaurateur extraordinaire and subject of Finding Gaston. His first restaurant, Astrid y Gastón, was consistently rated among the world’s top dining establishments. Acurio’s infectious passion for using local produce, supporting indigenous farmers and sourcing seafood from sustainable fishermen shines through the screen as he speaks to the camera, to his chefs and to his students. Today, Acurio’s influences are far-reaching and he has top-rated franchises from Miami to London. Peruvian cuisine is considered among the best in the world – a reputation many attribute to Acurio himself. This film follows the stories, inspirations and dreams behind the man who has taken his cuisine outside his kitchen in a mission to change his country with his food.

The multi-cultural aspect of the festival continues on Monday May 4 with Blue Lips, in which six characters from six different cities around the world (Rio de Janeiro, Los Angeles, Honolulu, Buenos Aires, Rome and Pamplona) experience an event in their lives that brings about an abrupt change in their routine. They each embark on a journey to Pamplona for the San Fermín Festival. As the characters intersect, they form relationships that will help them face and overcome their conflicts with renewed hope and energy. Blue Lips is a project by a group of young filmmakers who met while studying filmmaking. Each character is directed by a different director, with the result a surprisingly cohesive and insightful film about self-discovery, and making the most of new opportunities and unexpected encounters.

In Ciudad Delirio, reserved Spanish doctor Javier is attending a conference in Cali, Colombia, when he falls madly in love with Angie, a dancer/choreographer who dreams of being part of the most famous salsa group in the world: Delirio. After returning to Madrid Javier finds he has lost interest in his work and his marriage – he cannot forget Angie, or the colourful energy of the Colombian city. Framed by the exotic and fascinating musical world of salsa and accompanied by lively choreography and a host of funny characters, Ciudad Delirio is a sassy salsa delight.

The festival continues until Thursday May 7, with the closing night film multi-award winning Wild Tales. Tickets and program details available at: palacecinemas or spanishfilmfestival

To win a double pass to a film simply leave a comment in the box below or on Verandah Magazine’s Facebook page.

Verandah Magazine is proud to present two exclusive events, a lunch at the Byron at Byron, and an evening at the Arts Centre,…