For more information on how to participate go to: http:CornerDanceLab

Hepi replaces Taree Sansbury who has taken up an opportunity to travel to Colorado, USA to work with the International Association of Blacks in Dance.

The Indigenous Residency Scholarship is a new initiative for The Corner Dance Lab, which celebrates and promotes diversity in Australian contemporary dance.

The two scholarships valued at $1500 each are funded by Arts Northern Rivers and cover travel, accommodation and registration fees for two emerging Indigenous artists in the first three years of their dance career to participate in the nine-day dance lab held on the NSW North Coast.

Amrita Hepi is an emerging independent choreographer and performance artist and has performed at the Museum of Contemporary Arts alongside Tony Albert and Richard Bell for Blak Christmas and will next year perform at Next Wave Festival.

Hepi attended NAISDA in 2014 before travelling abroad to train independently in New York at Alvin Ailey American Dance Theatre and Broadway Dance Centre and is currently undertaking a Bachelor of Arts with a major in Dance at Macquarie University.

Hepi said, “I’m wanting to focus on how to make work that’s more broadly accessible and compelling. Working with the other amazing artists and teachers that are involved in The Corner will help realise this.” 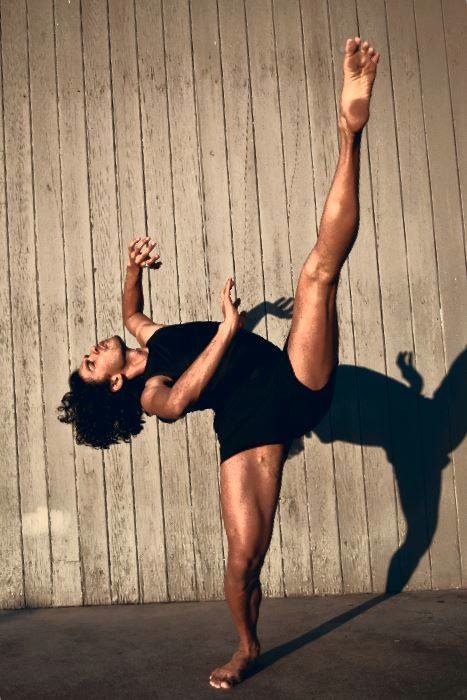 Tyrel Dulvarie: Participitaing in the Corner Dance Lab in Federal

Tyrel Dulvarie, who is currently starring along side Hugh Jackman in the upcoming production of Broadway to Oz, is an ACPA graduate currently training with the Sydney Dance Company Pre-Professional Year. He comes from a diverse cultural background with Malaysian, Aboriginal and German heritage.

“I am looking forward the nine-day residency, to learn, collaborate and experiment with other artists,” said scholarship recipient Dulvarie.

Now in its third year running, The Corner Dance Lab will return to the historical Federal village 30 minutes inland from Byron Bay from 15 – 23 January 2016.

Co-facilitators Philip Channells (Dance Integrated Australia) and Gavin Webber (The Farm Company) bring together an exciting line up of dance practitioners, musicians and visual artists from the local area, interstate and abroad for a practice-led dance laboratory at Jasper Corner (Federal Hall).

Philip Channells said, “We are thrilled to be able to offer this opportunity to Amrita and wish Taree the best of luck with her project in America.”

The Corner Dance Lab is a nine-day skills development and performance making intensive for emerging and established dance artists from diverse backgrounds, different embodiment and life experience wanting to challenge themselves physically, intellectually and artistically.

For more information about The Corner Dance Lab, visit the link below

The Corner Dance Lab 2016 is supported by the NSW Government through Arts NSW and is endorsed by the World Dance Alliance. The Indigenous Residency Scholarship is supported by Arts Northern Rivers through the Ministry for the Arts (IVAIS program). Dance Integrated Australia is an Associate Organisation of Ausdance NSW.

Welcome to the New Moon in Sagittarius, bringing in the spirit of adventure and excitement. This is the perfect time to set new…