We’re in grave danger of becoming an over-protected society, writes India Morris, who thinks it’s about time we started taking the occasional risk.

Today I did what I thought was a fairly insignificant thing and bought myself a plastic cutlery set from Woolworths. As I swiped my purchase at the self-serve checkout a very official notification advised me to stay put while I waited for assistance.

You see, it turns out that the set contained a type of knife – a butter knife – and buying a knife makes me a potentially violent criminal. If I were a violent criminal intending to use my butter knife for ill purposes, that would be Woolworth’s fault for allowing me to acquire a dangerous weapon masquerading as picnic ware and they could be sued for my crimes.

Thankfully, the teenager in charge of assessing my psychological state against the likelihood that I would commit plastic-butter-knife-homicide decided I was a safe bet and let me leave with my new cutlery. I now feel safer in the knowledge that fully trained Woolworths staff are here to protect us at self-serve checkouts across the country – we live in dangerous times you know.

Things really are getting bad out there. Just the other week a primary school in Geelong had to ban the children from hugging one another in a bid to protect them.

The headmaster said that nothing in particular had prompted the decision but: “In this current day and age we are really conscious about protecting kids and teaching them from a young age that you have to be cautious.” 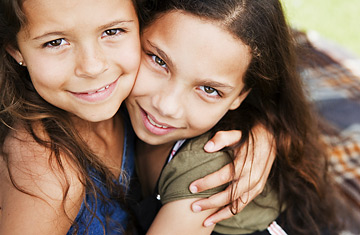 Kids taking part in ‘hugging’ now deemed to be a highly dangerous activity.

Apparently this day and age is so crazy dangerous that excess hugging has now become a gateway activity to criminal behaviour…or something. I always thought hugging was fairly safe but I must have been mixing up my days and ages because I don’t think a trained principal would just make up arbitrary rules based on nonsense. I don’t doubt that he has based his decision on solid research that indicates a causal link between excess hugging as a child and becoming some kind of terrifying cuddling menace in later years. I’m sure lots of Australians are hugged to death every year and this principal is just doing his bit to stop the madness.

And it’s not just the children who need protecting from the terrible dangers of the world either. Some friends of mine recently returned from a holiday in New Zealand and were telling me all about the treacherous activities they had taken part in. Evidently they have bushwalks over there that go near cliffs and the edges aren’t even signed.

As you can imagine I was horrified. What are they thinking? Don’t they know people will just walk off cliffs unless they’re instructed not to in writing? I always knew those Kiwis were backwards.

Thankfully in Australia we look after our citizens and protect them from injury. Last night I was at the cinema and noticed a sign that read ‘For the safety of yourself and others you are under constant video surveillance’. Well, thank goodness for that! 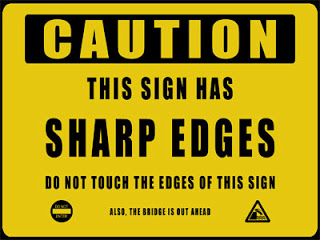 I was so relieved but also, as I started to think back, my whole life sort of flashed before my eyes. I’ve been to countless movies and, until recently, no one filmed me doing it! I remember sitting in the Star-Court cinema as a child, eating ice cream in the dark, completely oblivious to the fact that my safety was being compromised by inadequate video surveillance.

It’s this current diligence to public safety that provides us with helpful information on potentially hazardous products too. Like this tube of cold sore cream I just found in my bathroom cupboard for instance: ‘Do not use in eyes,’ it helpfully advises in bold text (no I’m not making this up).

I can only assume this is to:

a) be informative about where not to put cold sore cream, and

b) protect the company who makes it from financial liability in case anyone puts the cold sore cream in their eyes on purpose because no-one told them it wasn’t a good idea.

Is there a precedent for this? Who are these people smearing medicated ointments in their eyes thereby making it necessary to warn other potential eye smearers of the dangers of this activity? I’m developing some concerns for our collective IQ

Are we really being protected or just sanitised into a nation of dullards? I genuinely think we need to turn this trend around and start actively encouraging more risks – because risks come right before all the good stuff in life. Our kids need us to show them how to tell the difference between discomfort, calculated risk and “Oh my god don’t even think about it kid!” risks. 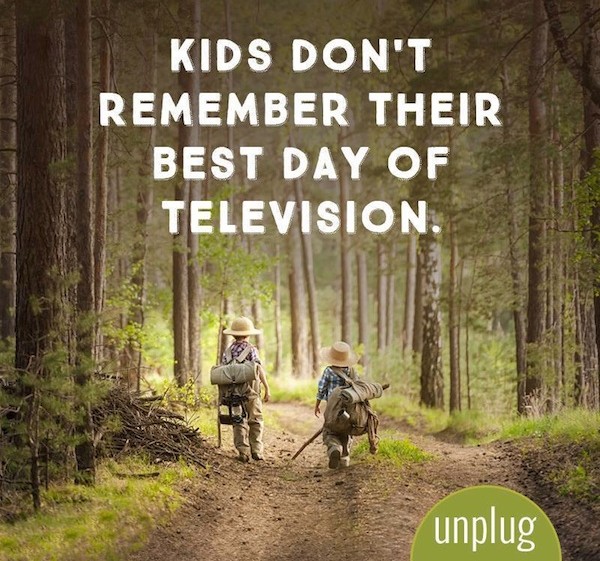 I know that a little bit of protection will always be necessary. I think we can all get behind Woolworth’s policy of not selling butter knives to dangerous people at their self-serve checkouts without a thorough psychological analysis from the staff.

And if New Zealanders could just, I don’t know, kindly refrain from throwing any Aussies over their cliffs for whining about their bushwalks, that would be really great. But ultimately I reckon a bit more getting our hands dirty, some surveillance free movies and a whole heap more hugging might be kinda good for us.

Y’all take care out there.

India Morris is a Lismore-based writer who likes to hurtle down white water rapids whenever she gets the chance.

Two weeks into the New Year is the perfect time to visualize exactly what you want your life to look in twelve months time,…