We’ve had an overwhelming response to tickets for this one-off event, so if you want to come, book now to make sure of a place…

Between them Thomas Keneally and Bob Carr have written, or spoken, more words than most of us have had hot dinners.  To celebrate the launch of Thomas Keneally’s latest book, Flappers to Vietnam,  VERANDAH MAGAZINE is presenting an ‘In Conversation’, at the Lennox Head Cultural and Community Centre on Saturday November 28, where these two stars of Australia’s literary and political culture will talk about Australia – pre, during and post Gough Whitlam. 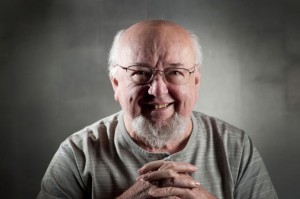 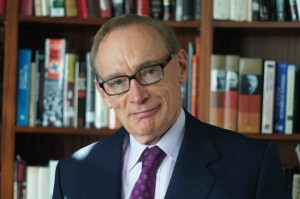 In Sydney, demonstrators lay down in numbers in front of Johnson’s motorcade, and Askin cried to the driver, ‘Run the bastards over.’

History teases us and jokes with us; the universe is loaded with paradox; and the rate of change sometimes exceeds our imaginations.

Thomas Keneally is the Booker Prize winning author of Schindler’s Ark.  His other books include classics such as The Chant of Jimmy Blacksmith, The Confederates and his most recent novel Shame and the Captives.  Flappers to Vietnam is the third in his non-fiction series Australians.  Bob Carr is the ex-Premier of New South Wales and Federal Foreign Minister, whose books include Thoughtlines, My Reading Life and most recently Diary of a Foreign Minister – a wide-ranging look at Australia’s place on the world political stage.  Bob Carr and Tom Keneally will chat with VERANDAH MAGAZINE publisher Candida Baker, in an evening that is both a tribute to their careers – and to Gough Whitlam, the Prime Minister who truly changed the face of Australia.

Where: Lennox Cultural and Community Centre,

Our political potter, Richard Jones, finds a sunny Sunday morning a perfect moment to wish everyone a Happy Mithras, and to give us, in…