They came from everywhere – not just the artists and the audiences but the photographers too.  Each one with a different take, a different moment that highlighted their Bluesfest 2016.  Enjoy our trip down memory lane…

There’s no point beating around the Bluesfest bush – Tom Jones is a legend.  Pure and simple, and as the closing act in the Mojo tent, thousands of people from 16 to sixty and more swayed and sang in happy unison.  “I’ve shot loads of Bluesfests over the years,” says local Byron photographer Evan Malcolm, who took the shot above, and the one below, “and I think what really stood out in this one was the diversity of the performers.  I mean – opening with Kendrick Lamar, and closing with Tom Jones?  Need I say more?”  We don’t think so. 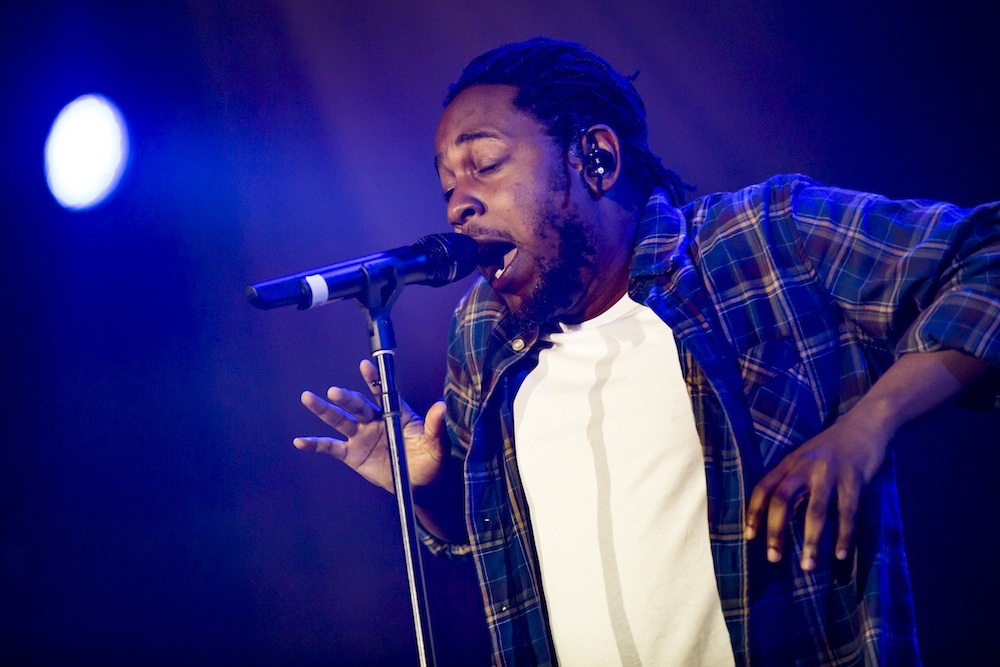 For photographer Kim Carey there were two soulful standouts during Bluesfest – guitarist Shane Fontayne and rock singer Melissa Etheridge. Shane Fontayne is the professional name of English rock guitarist Mick Barakan. Active since the 1970s, he was the guitarist for Bruce Springsteen during the 1992-1993 ‘Other Band’ Tour, and Bluesfest audiences were in for a double treat when the man who’s been dubbed the ‘transcendental guitarist’ played for Graham Nash and Jackson Browne. 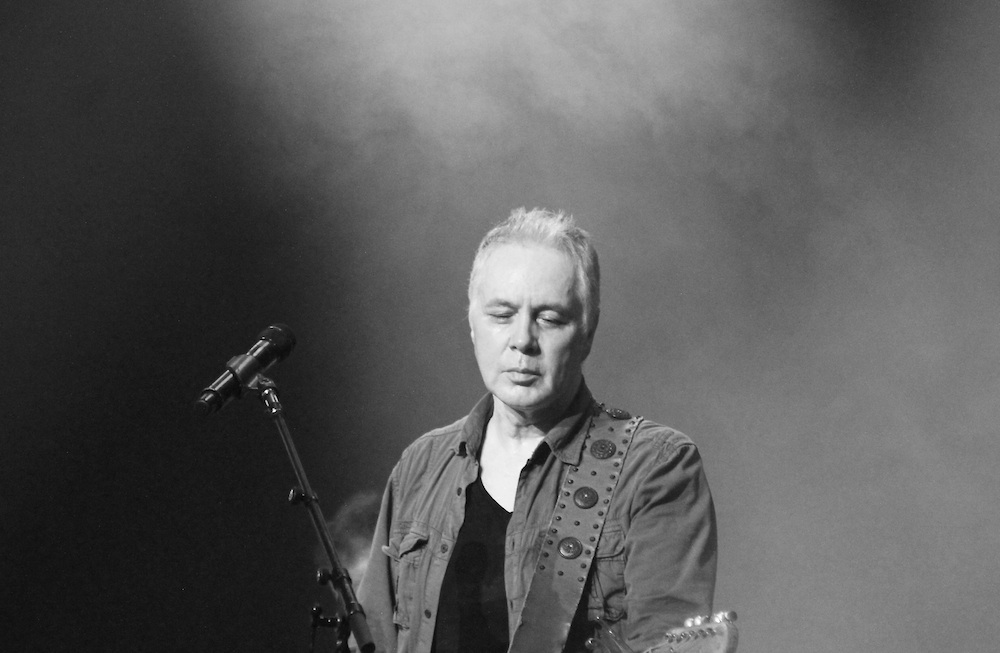 According to Carey, Melissa Etheridge’s energy was electrifying. “She gave us the full range of her musicianship, artistry and raw talent.” Amen to that. 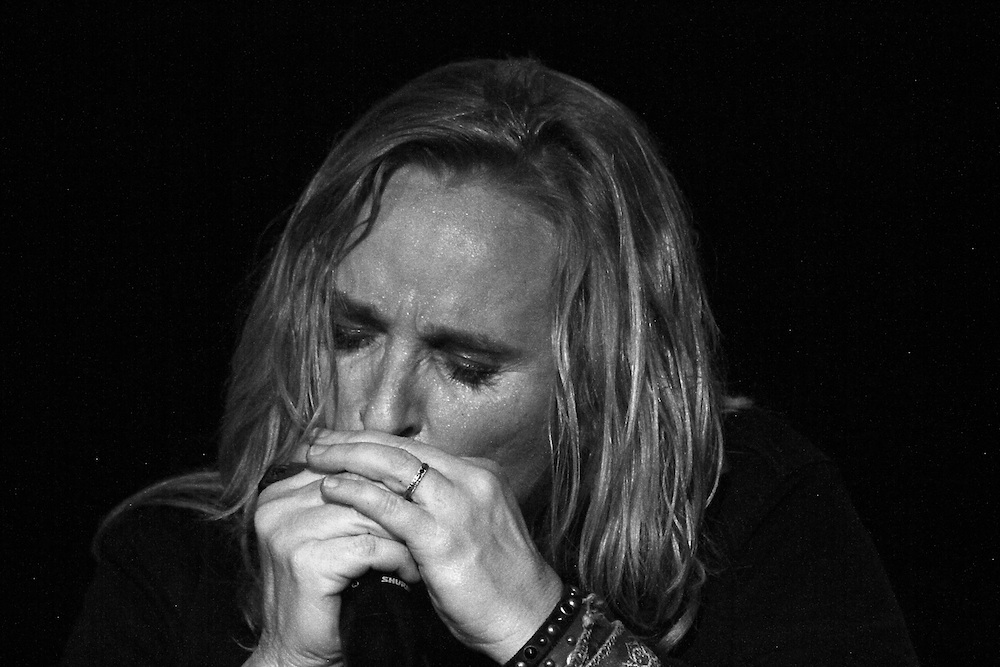 This year there was also the wonderful addition of the Boomerang Festival into Bluesfest, with Indigenous performers, dancers, singers and conversations on subjects rangng from music to displaced communities.  It was colourful, vibrant and thought-provoking as Brisbane’s LaVonne Bobongie Wall and Byron Bay’s David Young discovered. 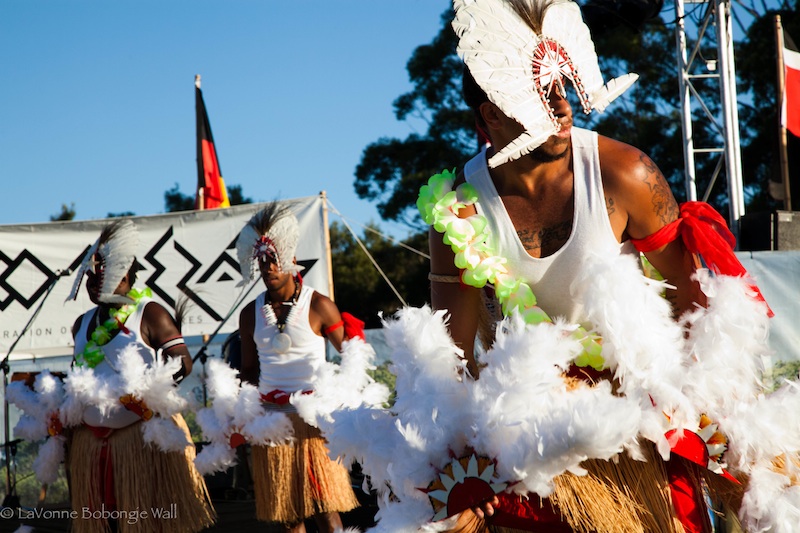 Says Young: “I was walking past the Boomerang area when these indigenous women dancers caught my eye with their beautiful costumes and traditional moves.  It was a perfect photographic moment – the colour of the sky, the contrasting orange, grey and green.  Everything came together in what, for me, was a powerful moment.” 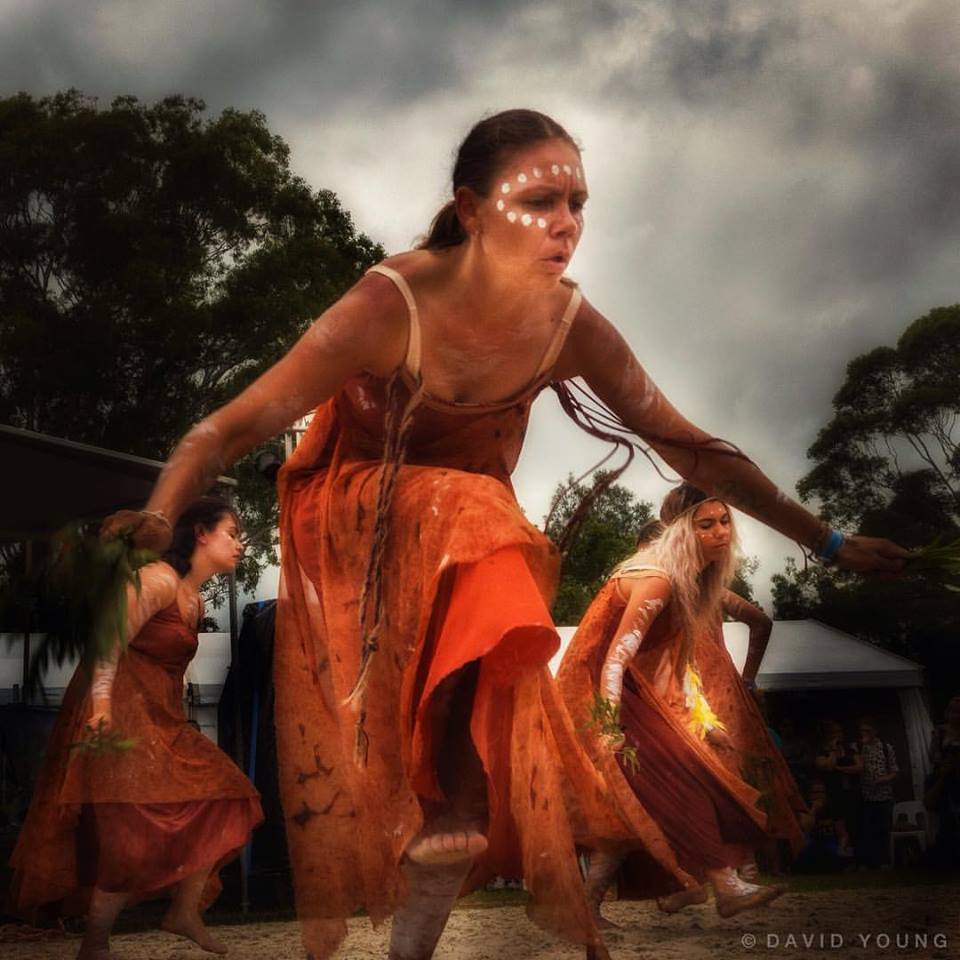 From the sublime to the – well – extraordinary.  Peace Freeborn from Freeborn Films caught this great shot of The Residents. “The Residents penchant for anonymity adds an extra air of enigma to their already spectacular live shows,” said Freeborn.  “This shot for me encompasses that mystery.” 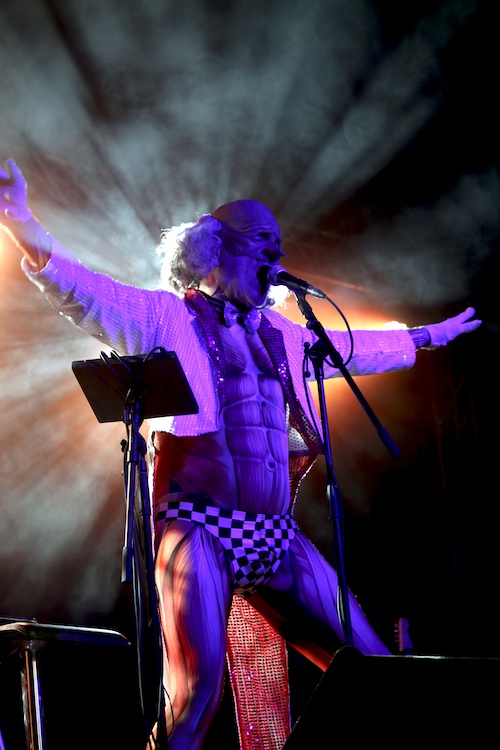 In the same vein, Jade Hopley captured this amazing shot of the Pierce Brothers.  “This is my personal favourite shot from the festival.  It totally captured the energy and enthusiasm of this young duo.  They played to an over-capacity crowd in the Juke Joint – the crowd was literally pouring out.  They were so humbled and grateful for their reception, but in my opinion it was so well deserved.” 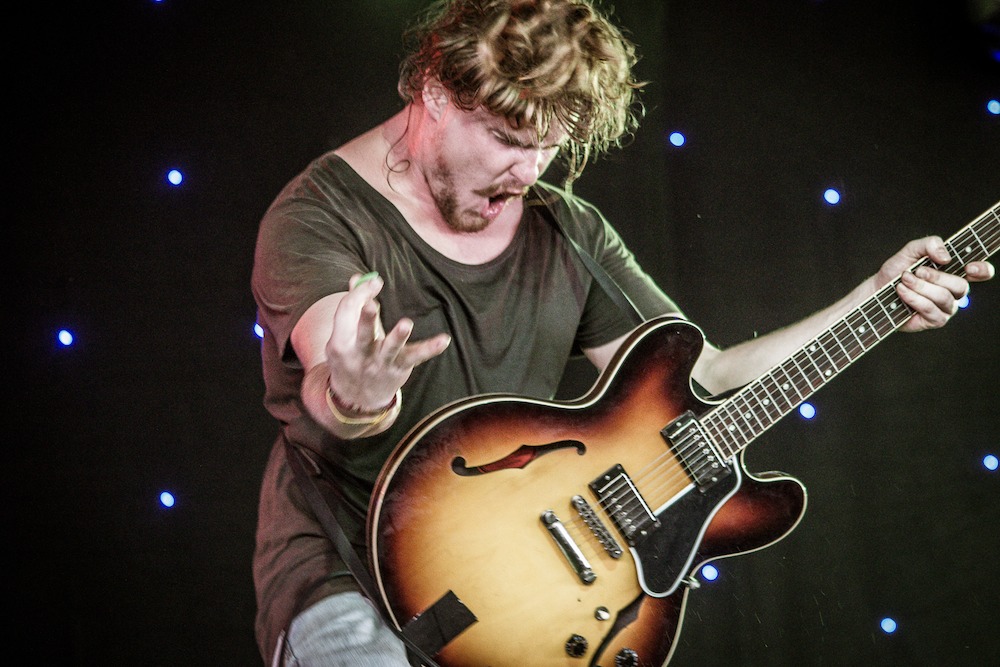 Every Bluesfest there’s a surprise – anybody lucky enough to wander past the Delta tent during Bluesfest this year when Fantastic Negrito were playing would have caught the resurgence of Xavier Dphrepaulezz, a major-label R&B musician in the 1990s who worked for nearly 17 years across a myriad of genres in Los Angeles, leaving music, seemingly for good, in 2007. But last year he re-emerged as Fantastic Negrito, playing “black roots music for everyone,” and it sure was for everyone.  LaVonne Bobongie Wall caught him in action. 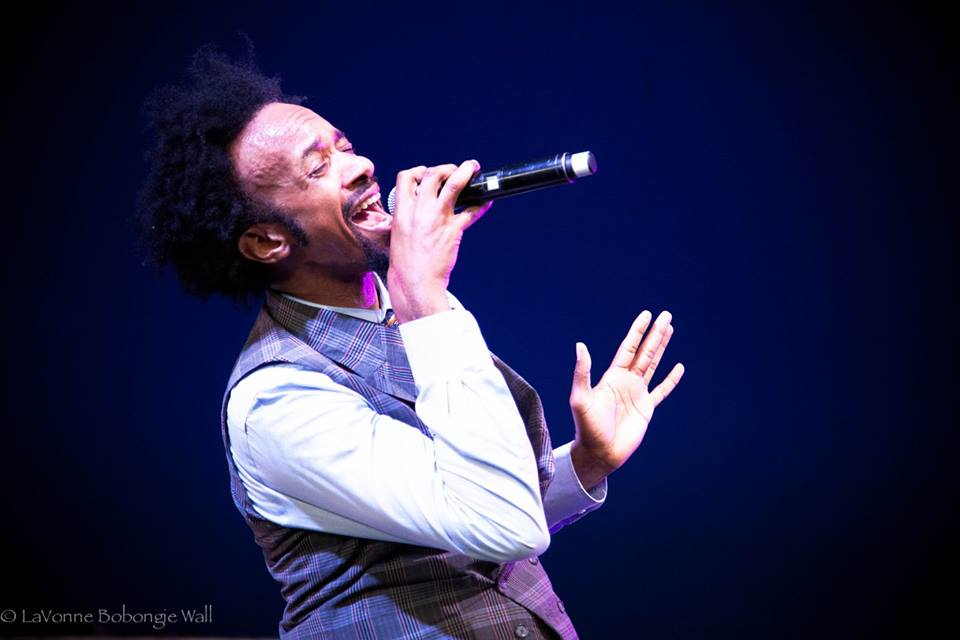 But if there was an act that truly stood out for pure action it had to be Vintage Trouble whose cool brand of  rhythm & blues brought the tent down . The band formed in Hollywood, California in 2010 and have had hit after hit since then.  This great shot is from The Music. 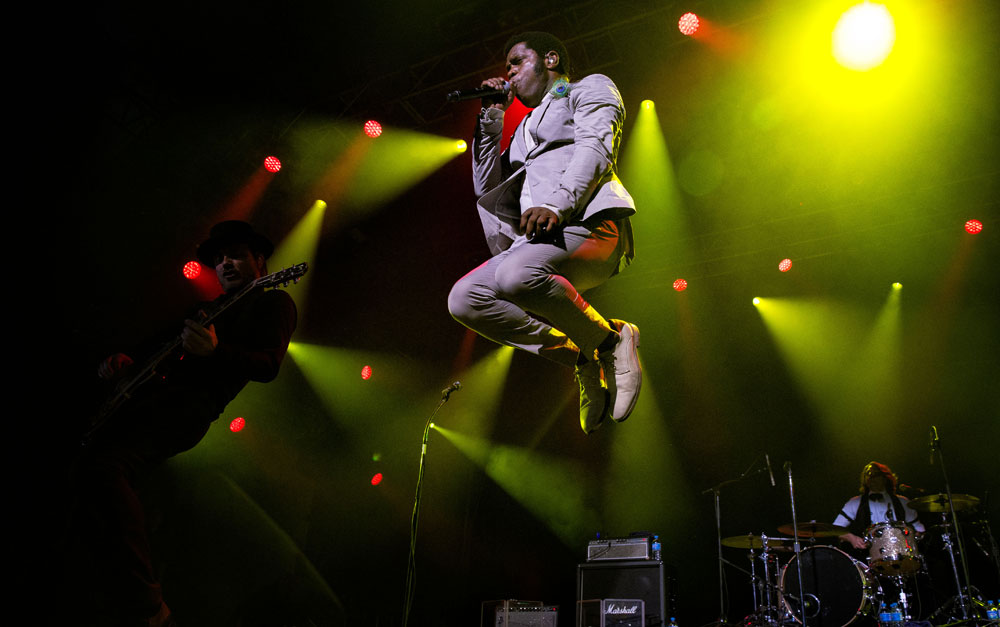 Vintage Trouble put on a vintage show. Photography: The Music.

And then.  There was this young man. Hans Christian Nordin, who’s been making waves since he was 13, and is only 17 now.  Kim Carey was, she said, “in awe of his talent.” 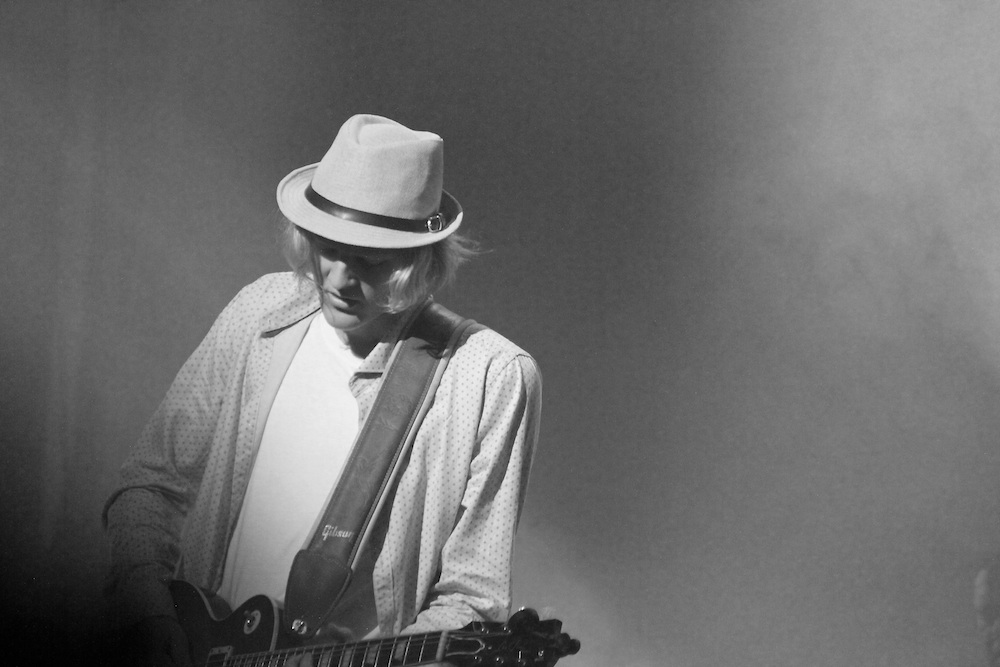 Last but by no means least, we finish with an Australian band, The Cat Empire, a ska and jazz band who first played Bluesfest in 2003 at the old Red Devil Park (remember when?)  Evan Malcolm captured the headlining act in happy form – pretty much summing up how we all felt.  Bluesfest 2016 had everything we’ve come to expect – heat, rain, mud – and glorious, out of this world music. 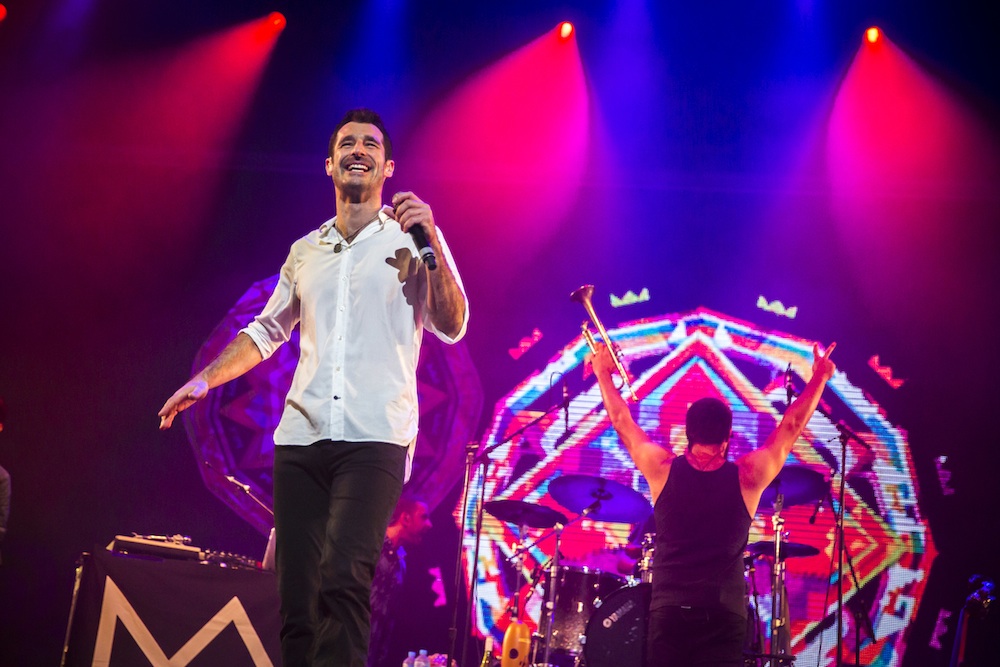