Byron Bay based artist Robert Ryan’s latest work is as much a reflection of  influences in his surrounding environment, as it is about gaining new territory in his approach to his craft writes Paula Hagiefremidis.

The canvases currently on display evoke the signature Ryan feels he has finally arrived at – particularly the piece entitled Belongil Fields, a complex mix of merging tones in green, white and yellow that run along the canvas in repeated pattern with no reference to beginning or end. From a distance, the viewer is lost in an abyss of green fields, it is only upon close inspection that the detailed labour of the work reveals itself. The painting took Ryan two months to complete, working eight to nine hour days in his studio six days a week.

“It drove me mad at times,” he says. He often regretted starting it but there was no turning back and the feeling of finishing this massive work was in his words “euphoric – like a natural high”. An approach he says is different to the way he worked in his younger years – ‘the more you learn the harder it is to walk away from a painting thinking that it’s finished, because now you know it’s not…” 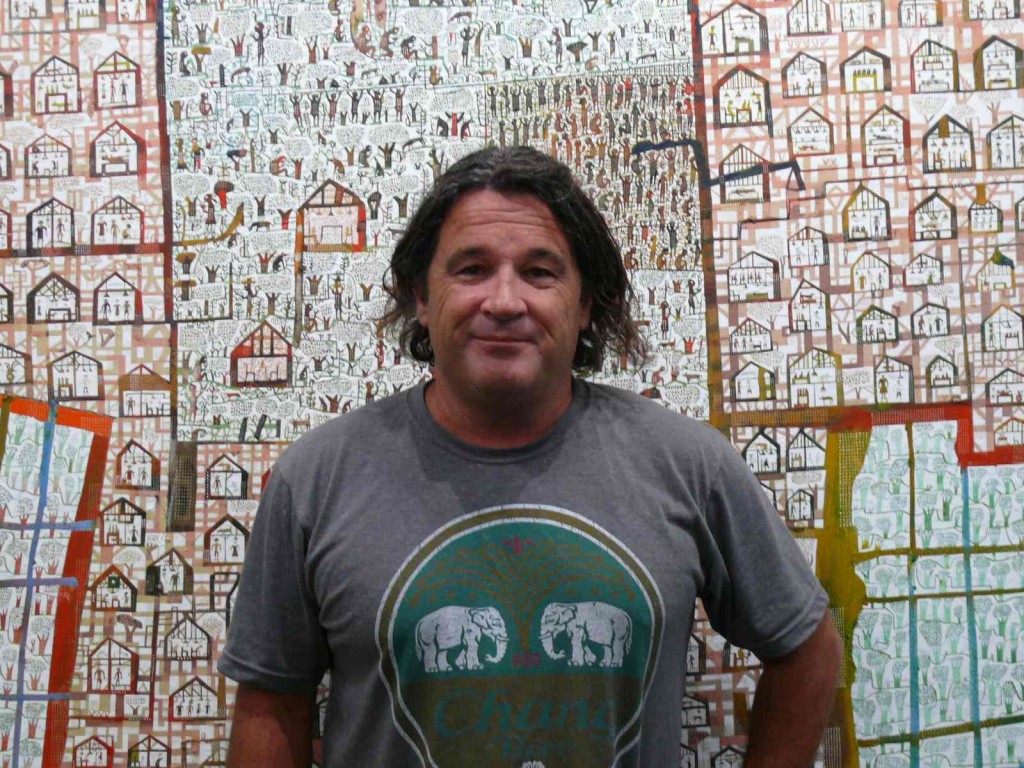 Despite the challenges Ryan experienced working through Belongil Fields, he rarely becomes frustrated when painting and saus hat treating it like a job can often make the process easier to tolerate. However, working as a full-time artist however often means long solo hours at the studio – and during the creative process the isolation can often be extreme, particularly in the lead-up to an exhibition. “It can often be a surreal experience being subject to so much time alone and then suddenly being in the spotlight,” he says.

Ryan’s introduction to painting developed when he was young, growing up in South Australia. He had a natural artistic talent which was quickly noticed by his teachers: “Art was something I was good at, people would look at it and fuss over it, that’s what made me continue,” he says. After school he studied at the North Adelaide School of Art – later renamed the Central School of Art.

As a seasoned traveler over the years, the focus of Ryan’s work is often influenced by the places he visits, a permanent residency set up at the Apollo Gallery in Ireland – for whom Ryan still paints – resulted in frequent stints to Dublin between 1997-2004, as well as surfing and painting trips through Indonesia and the Maldives. Often personal themes will emerge unintentionally and he is surprised at what the work will reveal without him anticipating a particular result. To draw attention away from something that may be particularly private, Ryan will often tweak the work and readjust its focus in order for the painting to steer itself slightly off course, the initial concept will regain the focus while the underlying themes blur in the distance or are distorted in symbolism. 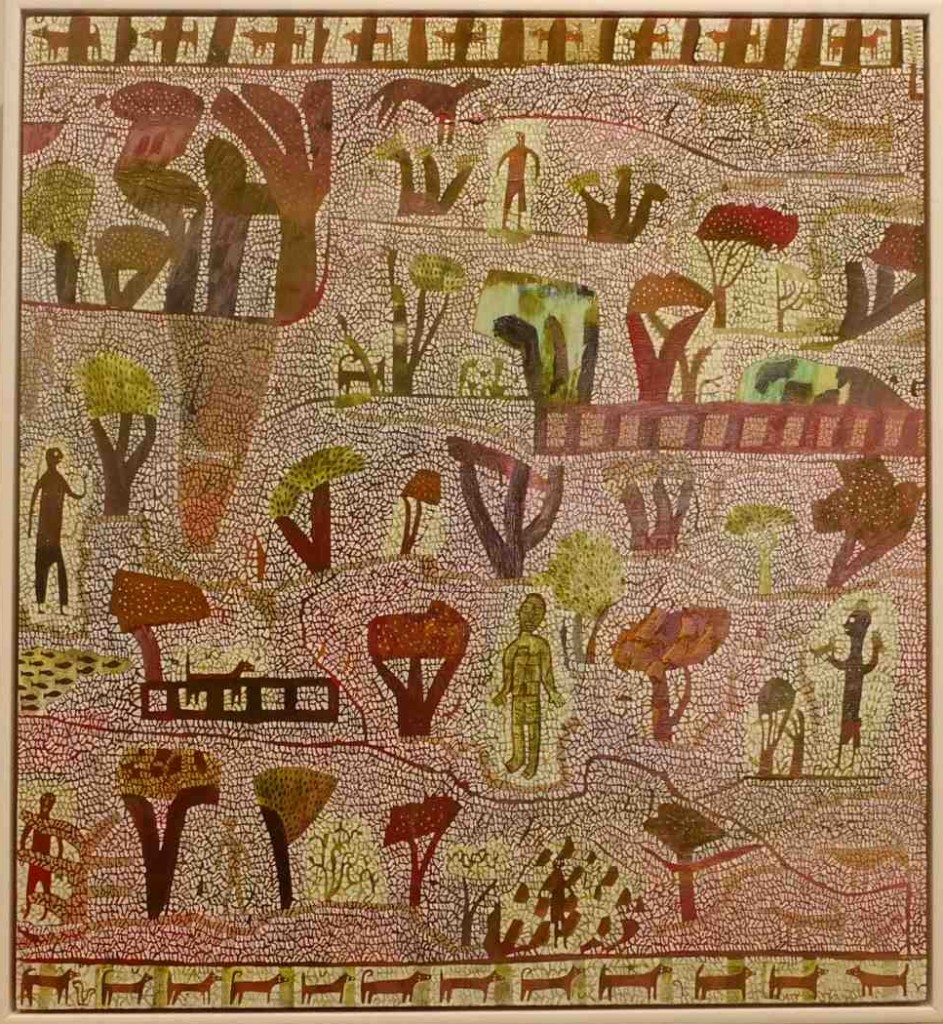 He gives no clue about the true meaning behind the work in Belongil Fiends, but states the title has nothing to do with the painting. I’m reluctant to delve any deeper so as not to encroach on his privacy, art, after all, is open to interpretation.

Ryan claims that intention always needs to be considered when preparing new work, stating that: “It might not be the reason to start a painting, but it’s certainly the reason to frame a painting.” In the past, preparing for three solo shows a year was typical, more recently however, Ryan has paired this down to one, opting instead to spread his time towards preparing works in other areas such as competitions as well as developing pieces for the Apollo gallery in Ireland and the Anthea Polson gallery on the Gold Coast.

Despite having had thirty-odd solo shows during his career so far that has seen his work in galleries such as Art House Gallery, Rushcutters Bay in Sydney, the Schubert Gallery on the Gold Coast and the European Parliament in Brussels, and awards such as the Tweed Regional Acquisitive Award on two occasions and the MacArthur National Prize award, Ryan feels that it’s only been in the last handful of years that he has finally come to claim his own signature through the works created: “When you’re young, you can’t help but be influenced by work that you admire, it’s only now, after 20-odd years of painting professionally that I’m starting to really get my own voice.”

Robert Ryan’s exhibition is on at the Lone Goat Gallery until February 4. lonegoatgallery