Like many regional galleries, we tend to change over our exhibitions on a four to six weekly basis. Generally this works pretty fine, but occasionally I get hankerings to try things a bit differently and rethink how we do things. Part of this thinking is that it would be good to try some quick programming, and to ‘try’ a few things out. So from the February 7 we will be presenting a short two week programme of various projects, which will be followed up by a longer, more traditional approach (the 2014 Archibald Prize no less).

The main project is by Sydney-based artist, Keg de Souza. (allthumbspress.net/art) I first became aware of Keg’s work a few years ago, and was intrigued by the playfulness she brought to her practice, and the way in which audiences are invited to become part of the work. Primarily her work uses inflatable domes, which become spaces in which she engages with audiences over locally relevant topics.

When I started discussions about this project with Keg, she was on an Asialink residency in Jogjakarta, Indonesia. While she was there she became interested in a squatter settlement, or ‘kampung’, which was under the threat of being destroyed as a result of ubiquitous gentrification. This particular kampung was built on an old graveyard, thus the people living there had a unique relationship with the after-world. Indeed there is even a local ‘ghost buster/negotiator/expert’ who attempts to ‘move on’ these ghosts. Now however, the local inhabitants themselves are in the same situation, with the city moving them on. 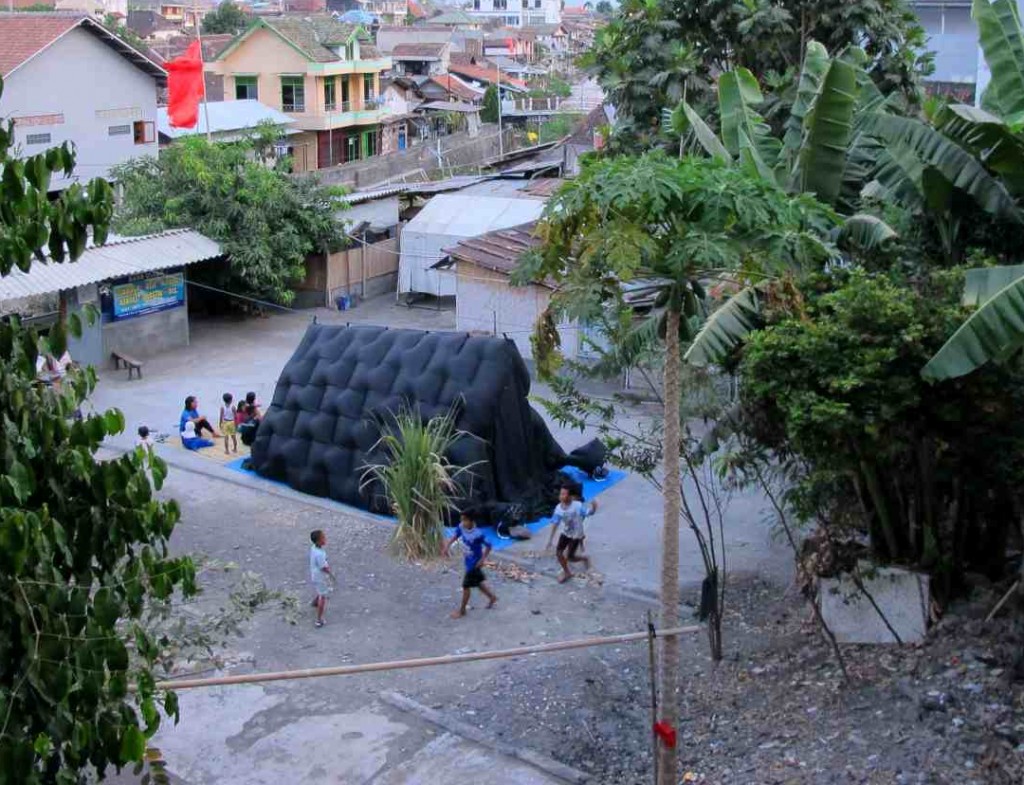 This project was first presented in Ratmakan kampung in October 2014 as an inflatable ghost house, Rumah Hantu, with an embroidered interior that was created from drawings by the local kids of their ghost stories and the film If There’s Something Strange In Your Neighbourhood…

Lismore Regional Gallery will be the first Australian venue to experience this wonderful work. On Friday February 20 at 11:30am, Keg will be at the Gallery to discusses If There’s Something Strange In Your Neighbourhood … and the ideas, community engagement and creative processes from which this work was built. 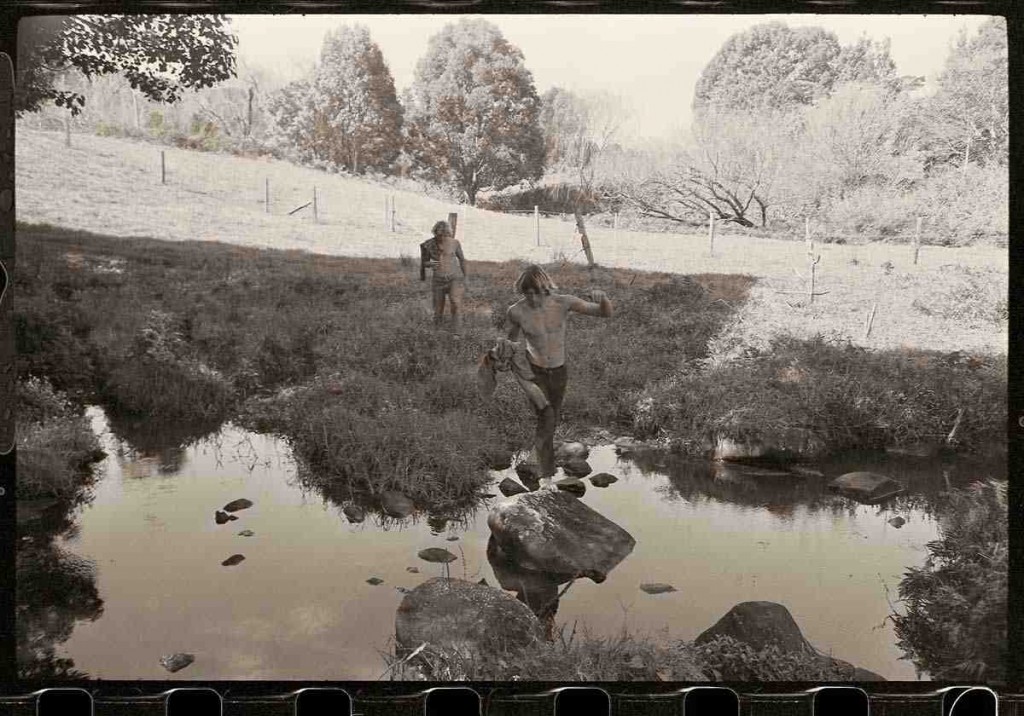 Running alongside this project is The Lucinda Awards: Amazing Myths and Legends, weird and wonderful short films by local children in years 4, 5 and 6, exploring the theme of Amazing Myths and Legends; and Australia Fair, works from the Gallery’s permanent collection showing character the Australian landscape, as artists have seen it. This will include artists such as Neil Frazer, James Burgess, Albert Namatjira, Hector Gilliland, Hal Missingham, Valerie Fay Smith, John Witzig, Tim Storrier, David Strachan and Robyn Sweaney.

Showing upstairs at the gallery is Dreamer by Daphne Kal-Ma-Kuta Dux. Daphne was born in Brisbane in 1928, her people are the Joondoobarrie from Bribie Island. She began painting at the age of seventy-seven while recovering from an illness and began to feel for her Aboriginal identity which had been withheld from her throughout her life. For her, art not only healed the body, it also healed the soul – as indeed art does.