In her latest book author Victoria Thompson explores the minefield of patient therapist relationships in an unusual and intriguing way, writes Siboney Duff.

Literary love stories tend to follow a raft of expected conventions. Heightened sexual tension (usually between young-ish protagonists) is one of them; an initially antagonistic charge between the eventual lovers is another, as is the pairing of a couple who will need to overcome considerable odds in order to be together. Indeed, such trajectories are so common that when a book comes along which contests some of these ideas, it raises more than a few eyebrows.

Such is the case with Victoria Thompson’s The Secret Seduction and the Enigma of Attraction, a love story with a difference. Opening in the 1930s, we witness through the eyes of a young boy, the sad and untimely death of his nanny. Fast forward forty years, and that same boy is now a renowned psychotherapist (Andreas Zill) attending a formal function at which he meets the beguiling young wife (Annabelle Eichler) of another doctor. The attraction is immediate and they each leave each other that night knowing a special connection has been made. 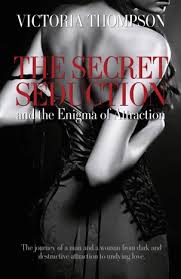 Soon after their first encounter, Annabelle begins to see Andreas as his patient. It is a deliberate strategy on her part to seduce him and yet the psychotherapeutic process will be one which unearths complex issues for both patient and therapist. And therein lays the main point of difference between this novel and others of the genre. The sanctity of the patient doctor relationship is one which many writers are loath to broach for the precise reason that it presents a moral minefield. And yet Victoria Thompson, once a psychotherapist herself, wanders directly into the vortex of that very minefield with confidence.

As the affair burgeons over time, and both Annabelle and Andreas are forced to confront difficult realities about themselves and each other, the novel takes an interesting turn, examining the nature of those elements that draw us to our lovers and the psychology of intimate relationships. And it was at this point that the story began to really hold my interest. 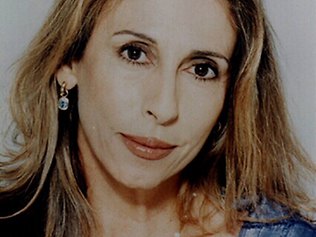 I have to admit that I wasn’t particularly enamoured (pardon the pun) with the initial scenes encompassing the early days of their relationship; however, by the time (a few years into their affair) that the cracks were apparent and growing I began to enjoy the story more. I was also intrigued (and alarmed) by the justifications used by both characters to condone and continue a relationship that challenged the sanctity of both marriage and the therapist/patient relationship.

In all, I found this to be an intriguing novel, primarily for the issues it raised and the discussions it would no doubt inspire. Definitely one for the book club.

For more information on Victoria Thompson go to: victoriathompson

The Secret Seduction and the Enigma of Attraction

It’s a busy weekend in the Shire next weekend, and to add to all the events on around https://www.levitradosageus24.com/buy-cialis-levitra-and-viagra/ the place our local Songbirds…