Mullumbimby resident, Veet Karen, has launched The Vegetarian Cooking School, and students are flocking from far and wide to take part in her chef’s training course, writes Georgina Bible.

Veet Karen was fourteen when she announced to her mother she wanted to be a vegetarian. Veet had often felt uncomfortable after eating meat as a child. Then one day she was watching a British sitcom on television that featured a woman who had decided to stop eating meat.

“It was the first time in my life I realised I had a choice to not eat meat if I didn’t want to,” she says.

Her mother didn’t argue. However, that night when Veet sat down for dinner, the only option on the menu was ham and salad. She recalls salivating – she had never really been that keen on meat but ham was her ‘Achilles heel’. Veet told her mother the next day she wasn’t ready to stop eating ham.  It wasn’t until she was eighteen that she announced she was going to be fully vegetarian.

“The real clincher for me was cutting ham off the bone at Christmas time. I realised that I could actually be cutting the flesh off my own leg,” she says.  “It made me feel completely sick and that was when I declared to the world I was a vegetarian.” 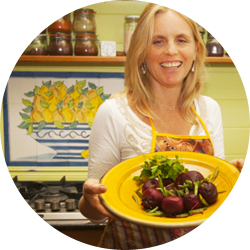 Fast forward to 2016 and Veet now runs The Vegetarian Cooking School, while also offering the Vegan Chef and Lifestyle Training, as well as independent cooking classes and catering. Though it is not officially accredited with any institute or association (no official accreditation can be given in Australia unless you are prepared to handle meat) the chef’s training course has been a big success.

The training is taught by Veet along with specialist teachers while class sizes are kept small so participants can receive individual attention. Local produce is always the first choice and all modules have been created to ensure wholefoods, organic, biodynamic and ethical produce is used.

And the menu is far removed from your stereotypical vegetarian ‘stodge’ – think recipes like Thai green papaya salad with pecans and cashews.

“People are so receptive to learn and so excited by what the course has to offer. There are people who also join module one because they want to improve their health and the’re curious about how to stay healthy as a vegetarian,” Veet says. “Some of these students have continued on to do many of the other modules and a few of them are now eating mostly vegetarian food.” 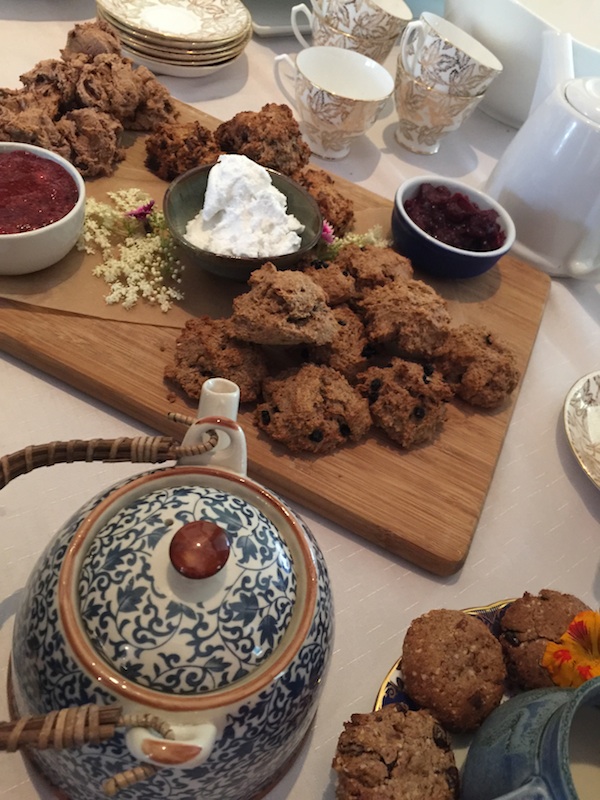 Time for Tea – with vegetarian goodies on the menu.

Nick Williams, Healthcare Consultant for Roy Morgan Research, says, “Along with ethical reasons, health is one of the main motivations behind the decision to follow a primarily or totally vegetarian diet.  We’ve all heard about how reducing our red meat intake can improve our well-being, and our data does indicate that vegetarians are less likely to suffer from cardiovascular problems as well as being far less likely to be overweight or obese,” he adds.

And it would appear vegetarianism is no ‘new-age’ fad. The ancient Greek historian, Plutarch, could be considered as the first vegetarian that weighed-in on the ethics of eating animals. His book Morals features a chapter on consuming meat in which he writes, “Ι wonder what sensation the first man who put his lips on the blood of a dead animal felt. He put his mouth on the flesh of an animal that was killed…He called delicacies those parts the animal was using to roar, speak, move and see. How could his eyes stand the sight of the blood of slaughtered, skinned and quartered creatures?” 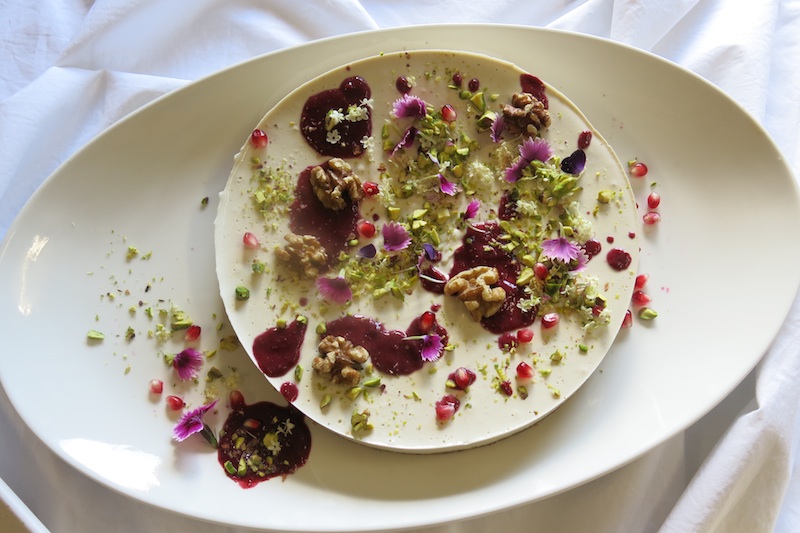 Vegetarian dishes can be rich, complex and delicious.

Ethics and nutritional benefits aside, changing to a meat free diet ultimately left Veet feeling like she has more energy to enjoy life. “When you’re not filling your body with meat you have a lot more energy and when you know how to balance your meals and look at your stress levels it’s easy for your body to absorb iron,” Veet says.

Becoming a vegan has been even better for Veet.  “I became vegan almost a year ago and I have even more energy than I already did as a vegetarian. There are lots of research papers now that suggest that the vegan and vegetarian diets are the healthiest around,” she adds.

For Veet starting a Vegetarian Cooking School in an area like the Byron Shire is simply an extension of her own beliefs – beliefs she is sure that many of us already share, and more of us will in the future.

For more information on The Vegetarian Cooking School visit: veetscuisine.com.au

The Bentley Effect recently won the best Byron film at the Byron Bay Film Festival, and after sell out screenings in Byron Bay, Lismore…