When one of Lelli Brown’s close friends died, it opened a pandora’s box of questions for the Byron-based designer and artist, whose quest for understanding led her to Canadian-based Stephen Jenkinson, and his book Die Wise: A Manifesto for Sanity and Soul.  Jenkinson is visiting Australia for the first time next month and will be talking in Byron and Mullumbimby.

I had come to sit with Stephen Jenkinson and the fellow scholars at Orphan Wisdom in Ontario, Canada, following the death of a dear friend whose hand I had held as he strove to die well… Friends had gathered in grieving, in support of family. I took photos and posted them on the internet to help join distant friends and family to those grieving on the land that my friend had chosen as his last home. Was I right to do so? Why was I merely whispering songs of sorrow? Had my friend lived well? Was his death a good death? What did that mean anyway? Why all these questions – and where had they come from?

An unexpected answer came in the form of a path to the erudite wisdom offered by Stephen Jenkinson through Orphan Wisdom in Ontario, Canada and in his new book Die Wise: A Manifesto for Sanity and Soul. I have read his book, and will read it again and again, as I come to some better understanding of the root causes of our contemporary paralysis and phobia around death. 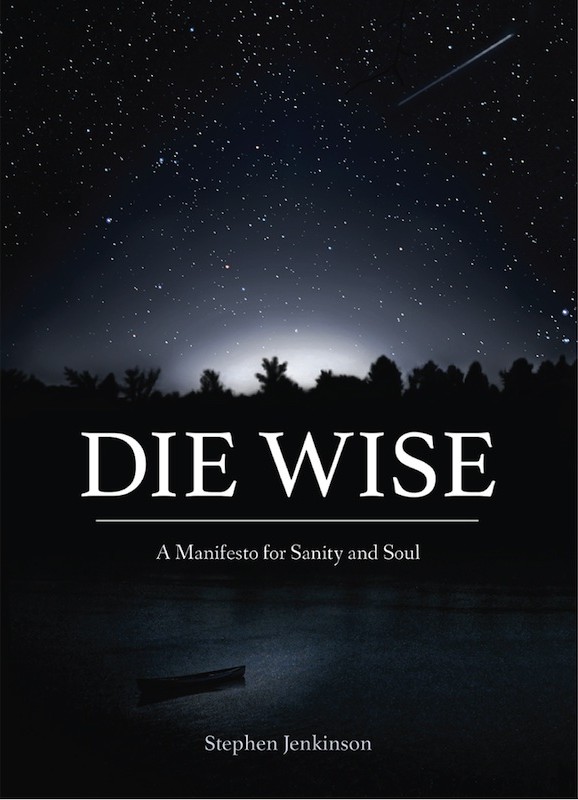 To be honest Die Wise is not an easy read – nor should it be. But it is poetic, eloquent, mythical and generous. Dr Martin Shaw, in his foreword, describes the book as a “soul gift”. He goes on to say that “… this book is a great victory. Jenkinson takes deep mythic inventiveness and applies it to the haemorraging, numbed out, individualized to the point of unutterable loneliness condition of our times.” For me that phrase speaks volumes. How have we, as individuals, as a culture, become so isolated from the process of death? Why do we not even know the words to use in speaking to those who are dying or those grieving the death of a loved one?

Listening to Stephen at Orphan Wisdom farm, his home in Canada, at different times over the past two years and gradually unpacking my grief around my cultural heritage and the deaths that have touched me in my life, I am learning to understand. Before we left, Stephen handed each of us a few precious corn kernels asking that, when we returned to our respective home lands, we reverently bury them, grieve over them, tend their graves, and with nature’s grace watch the renewal of life and the growth of a new corn plant. It occurred to me that this is what he had done – planted seeds in our hearts and our minds, which are watered by our tears and tended by the labours of our learning, in the hope that a new elder might begin to grow in each of us with an understanding that death is a gift, “the cradle of our love of life”. 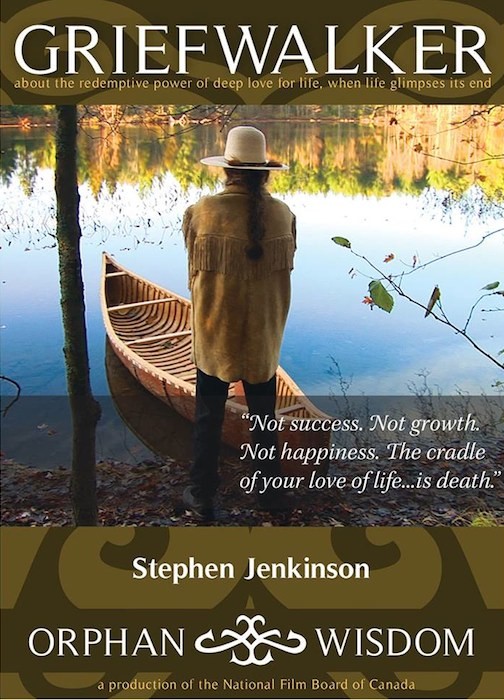 Stephen, who is coming to Byron in February (see dates below), doesn’t want anyone thinking that, as he says, “I’ve got the goods on this dying business,” or that he has answers or prescriptions to what he perceives to be a condition of our times. But he does call on us to bear witness to a world that we wish were otherwise and he offers an opportunity to learn how to labour at the planting of hard-won seeds so that we might possibly, against what are sometimes great odds, learn to live, and die, well.

Stephen Jenkinson will be making his first ever visit to Australia in February with his book Die Wise and the film Griefwalker in tow, to offer a bit of human scaled mystery to those prepared to listen and learn something.

He will speak at two events in Byron on behalf of the Natural Death Care Centre:

Full details and bookings are available on naturaldeathcarecentre.org
For more information on Stephen and Orphan Wisdom see orphanwisdom

This year when Bluesfest Byron Bay opens on March 24 it will officially include ‘Boomerang’, a new world festival for all Australians, and…