This year when Bluesfest Byron Bay opens on March 24 it will officially include ‘Boomerang’, a new world festival for all Australians, and the brainchild of one of Australia’s most important cultural custodians – Rhoda Roberts.

Back in 1997, when Rhoda Roberts delivered the third Rex Cramphorn memorial lecture at Sydney’s Belvoir Street theatre, after her highly successful stint as Artistic Director of the Festival of the Dreaming, an audience member asked her a pertinent question – was there, she was asked, a need for future Aboriginal festivals.

Sixteen years and many gigs later, Roberts saw the realisation of those long-ago words as Artistic Director of the Boomerang Festival which took place on the Bluesfest site at Tyagarah in 2013. This year, in 2016, with Boomerang fully incorporated into the Bluesfest program, Roberts has finally managed to achieve what she wanted – a funded festival which will allow her to showcase Indigenous arts from around the country to the hundreds of thousands of people who visit Bluesfest. 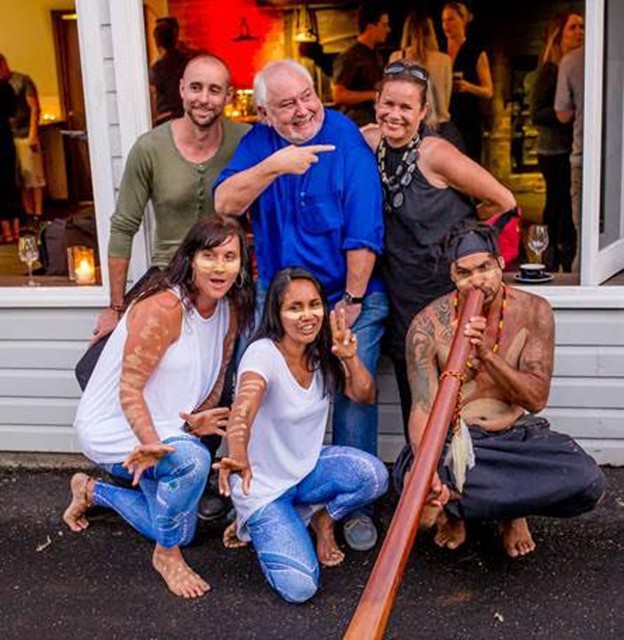 It hasn’t been easy – crowdfunding efforts fell short, but where many of us would simply have given up, Roberts did what she has so often done – she dug deep into her creative and personal resilience.

Roberts is used to a road paved with difficulties – both personal and professional. A Bundjalung woman from Widjabul country, who grew up in Lismore, she started her working life as a nurse. “I originally wanted to be a journalist,” she says, “but my mother was adamant that I should know my place – who did I think would even employ an Aboriginal girl? I was used to being called a ‘little darkie’ – even by my teachers – and I was told right from the beginning not to get too big for my boots.”

Roberts late father, Frank Roberts Jnr, was a minister with the Church of Christ, her mother Muriel, who was not Aboriginal met Frank at church. They married and had two sons, Mark and Philip, and twin daughters, Rhoda and Lois, moving to Lismore when the children were small.

“The local community would think my mother was this Christian woman who had adopted these little Aboriginal children,” says Roberts, “then she’d tell people that we were actually her children and their reactions would change completely.”

So their ‘safe’ futures were settled – nursing for Rhoda, and hairdressing for Lois. Working at Canterbury hospital, Rhoda looked forward to visits from her twin, who was as extroverted as Rhoda was introverted. Then tragedy struck just before their 21st birthday when Lois had a car accident, and was given only a few days to live. Their father insisted that the life-support machine be kept on, and the next day the doctors discovered brain activity. “Unfortunately the brain damage and strokes she suffered meant she became a bit of a lost soul,” says Roberts. “I was incredibly protective of her, but it wasn’t an easy life for her.” 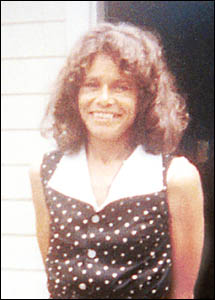 For Roberts, one thing nursing gave her was the ability to travel. She lived and worked in London for five years, and once she even gave Princess Margaret a lung wash. Eventually the NHS under Margaret Thatcher’s iron rule became too depressing, and Roberts returned to Sydney, determined this time to become involved in the arts scene she’d always felt so drawn towards. “I enrolled in a an acting course alongside Ernie Dingo,” she says, “and I volunteered for Aboriginal community radio.”

From small seeds mighty gum trees grow. Roberts was the first Aboriginal presenter on prime-time television, fronting SBS’s First in Line. The first time I ever saw Roberts was in the original production of Louis Nowra’s Radiance, and she literally shone, in a role written specifically for her. She went on to become a host of Deadly Sounds, an indigenous music and lifestyle show; she worked with the current affairs program, Vox Populi, and when SOCOG was formed, she was appointed director of the Festival Dreaming. From that appointment came the prize gig as Artistic Director of the indigenous opening section of the Sydney Olympics opening ceremony.

On the face of it, the nineties were an amazing decade professionally, even though, as Roberts says, “racism was never far away. I received death threats when I was appointed to the Festival of the Dreaming; human faeces were left on my doorstep when I was appointed to the opening segment at the Olympics. Remember this was the time of Pauline Hanson, and for every supporter of Aborigines there was an equal amount – or more – of racists.”

But despite the obstacles Roberts career flourished, although her personal life was more difficult. In 1992 Roberts had married actor Bill Hunter, and together they raised Lois’s daughter, Emily, due to Lois’s inability to look after a child. Hunter, it was well-known, was a big drinker, and gradually the differences between them – Robert’s desire to have a settled home-life versus Hunter’s peripatetic and often chaotic actor’s existence, saw the marriage begin to unravel.

Then in 1998, tragedy struck – Lois went missing, having last been seen hitching in Nimbin, and despite extensive searching there was no news, until January 8, 1999 when Lois’s body was discovered in the Whian Whian State Forest. The family was devastated, and for Rhoda the idea that her twin had suffered a painful death was unbearable. “I knew somehow I had to keep going,” she says, “and that my way was to continue to be as creative as I could be, and to create collaborations that connect us – the contemporary and the traditional, black and white.”  (The story so moved director Ivan Sen that in 2007 he made a documentary, A Sister’s Love, in which Rhoda explored the terrain of grief and loss – even visiting the site where her sister’s body was found.)

The overwhelming success and accolades of the Awakening segment led to a more and more creatively complex career, and these days Roberts juggles her part-time job as Head of Indigenous Programming at the Sydney Opera House, as well as hosting a new radio program, Deadly Voices from the House, with her job as Artistic Director of Boomerang. 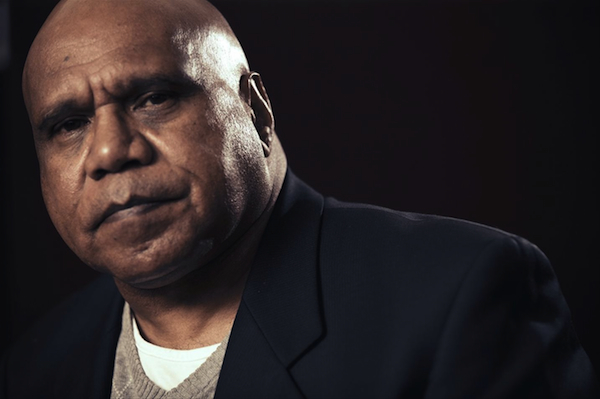 Archie Roach will be playing at Bluesfest, and will be In Conversation with Rhoda Roberts.

“I’m extremely proud of what we’ve done,” she says. “We did the first festival in 2013 entirely self-funded, and this is the first year we’ve received funding. Bluesfest director Peter Noble has always believed in Aboriginal culture, and in reconciliation on the ground. His invitation for Boomerang to be included in Bluesfest has created a win-win situation for our artists – they can develop new audiences, plus show how culutural individualism and integration is possible.”

It’s not just musicians that will be presenting material. Roberts has curated an exciting program of events – In Conversations, workshops, weaving, dancing, art and healing, just for starters. “We have established people such as George Negus chairing talks; we have the 2015 Young Environmentalist of the Year, Amelia Telford, who is a Lismore girl; I’m doing an In Conversation with Archie Roach, who is also appearing on the main Bluesfest stage, and we have 52 dancers coming from the Torres Strait Islands,” she says. “I just love the idea of people kicking back at Bluesfest and being able to watch and absorb so much amazing material.” 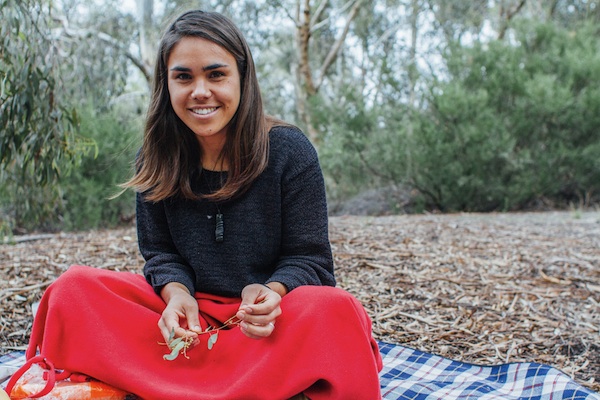 Amelia Telford – Young Environmentalist of the Year for 2015 will be appearing at Boomerang.

As if running a major festival program and a job were not enough, Roberts is also involved in an artistic project very close to her heart. She’s co-directing a new play, Three Brothers with NORPA Artistic Director Julian Louis.

“The play is inspired by the Bunjalung creation story,” Roberts explains. “But it’s a very modern-day story of three brothers from the Northern Rivers – the family’s surname is Rivers, and we have three rivers that surround the area. Do you know that Aborigines on average attend 15 funerals a year? That is an extraordinary statistic. It’s normal for us to go to funerals of people in their early forties, and for many of us we are cloaked in a kind of trauma around the magnitude of loss in our community.”

What Roberts, and other cultural leaders, including curator Djon Mundine who is also involved in the project, are seeing is the sadness of the elders that the songlines are being lost. “We have no succession planning,” she says, “no leadership discussions – and we have to do this. As we move towards 2017 and constitutional reform it’s a perfect time to have a play that deals with these complex nuances.”

Not that it will all be dark material. “Far from it,” says Roberts. “The Bunjalung are rich in dances and physical movement, and the text will be full of humour and wonderful language. It’s allowing us to have real community engagement, and to work with such great people as Djon and the writer Melissa Lucashenko.” 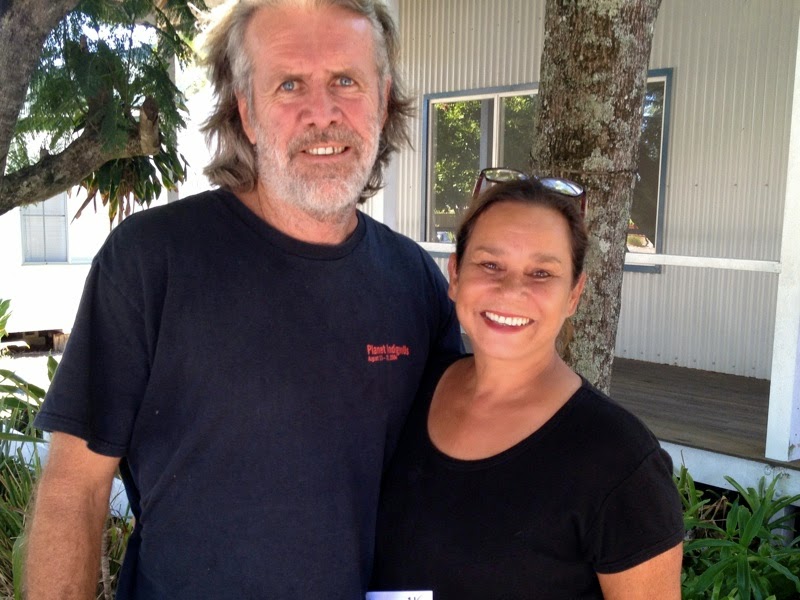 As Roberts picked up the pieces after the loss of her sister and her marriage, she discovered within herself not just an ability to dig deep, but also a burning desire to continue to create cultural connection, but at the same time to ‘belong’. “I’m a North Coast girl,” she says. “It’s where my family is, and so many years ago I bought a hundred acres at Jackie Bulbin Flat near New Italy, and in 2004 we moved up here.”

The ‘we’ is her husband, farmer, stonemason and landscape designer Stephen Field, Lois’s daughter Emily, now 22, as well as the two children the couple have together Jack, 17, and Sarah, 16.

As Roberts continues to expand her creative wings, including the next phase of planning some big discussions at the Opera House for May 27, Referendum Day, and a soon-to-be-announced new project, it strikes me that the overwhelming humility, work ethic and wisdom of this constantly high achiever makes her one of the most important custodians of Aboriginal culture in Australia today. Thank goodness the little Lismore girl got  ‘too big for her boots’, and may many follow her.

Boomerang – a new world festival for all Australians will be on as part of Byron Bay Bluesfest from March 24-28. For more information go to: https://www.boomerangfestival.com.au/

Compassion is defined as the feeling of deep sorrow we experience when someone is struck by misfortune, but to feel compassion in our everyday…