Killing It with Class

Alison Mosshart is a Rock Queen. Taking to the stage in in leather/denim legging combo, with an animal print shirt, neon orange/pink hair and owning it like a boss, you can’t help but fall in love at first bite with The Kills.

With Jamie Hince providing ample rock star guitar licks and grinding scales to set any rock loving muso fanatic into a frenzy, The Kills were an absolutely epic way to kick off the afternoons festivities on Friday. Having played the pre-party the night before at Byron Bay’s The Northern, the band maintained a set that had its roots in pure, old school, grungy rock n roll. A very good thing to see in amongst the Splendour lineup. 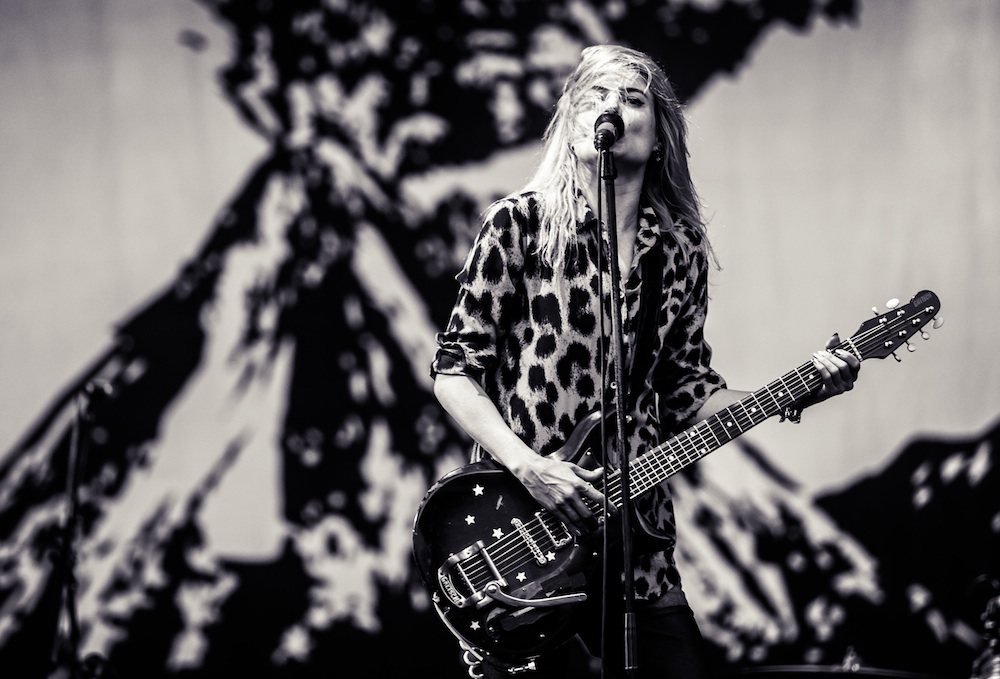 The Church of Miracles was ablaze with brides and clergy members, partying on in the only way a self-respecting Splendour-goer does when tying the knot…with multiple partners and a promise of til-death-do-us-part(y). 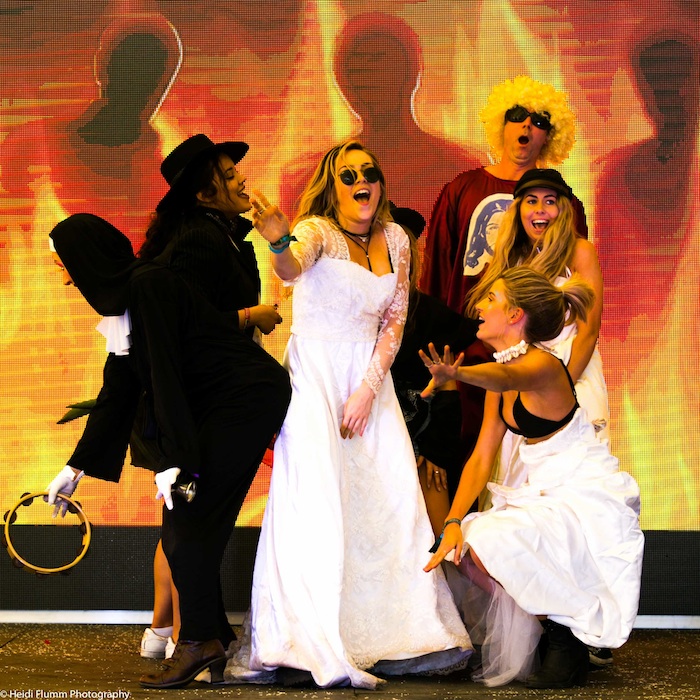 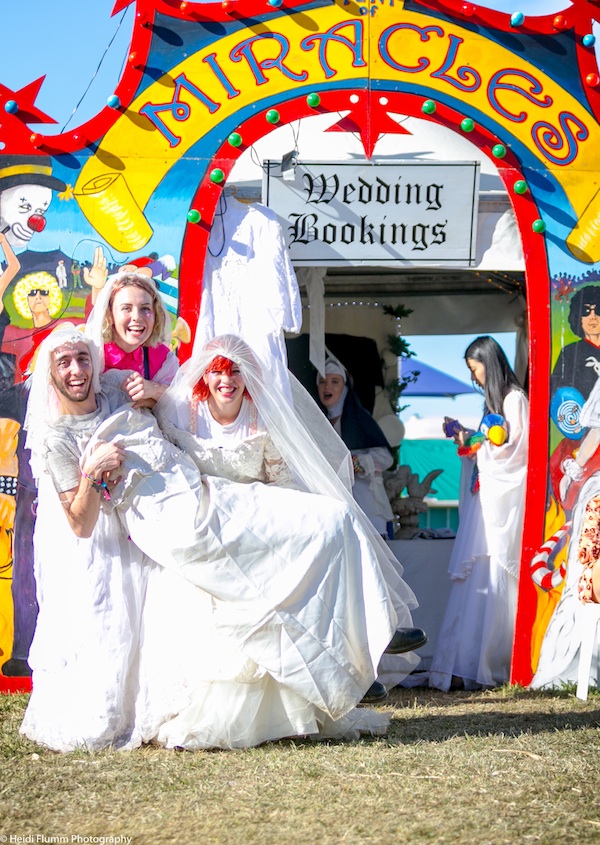 Calming Down in the country

Melbourne’s City Calm Down brought a taste of New Wave with them from the big smoke and provided a highly sophisticated level of electro-pop finesse, in which the crowd revelled. 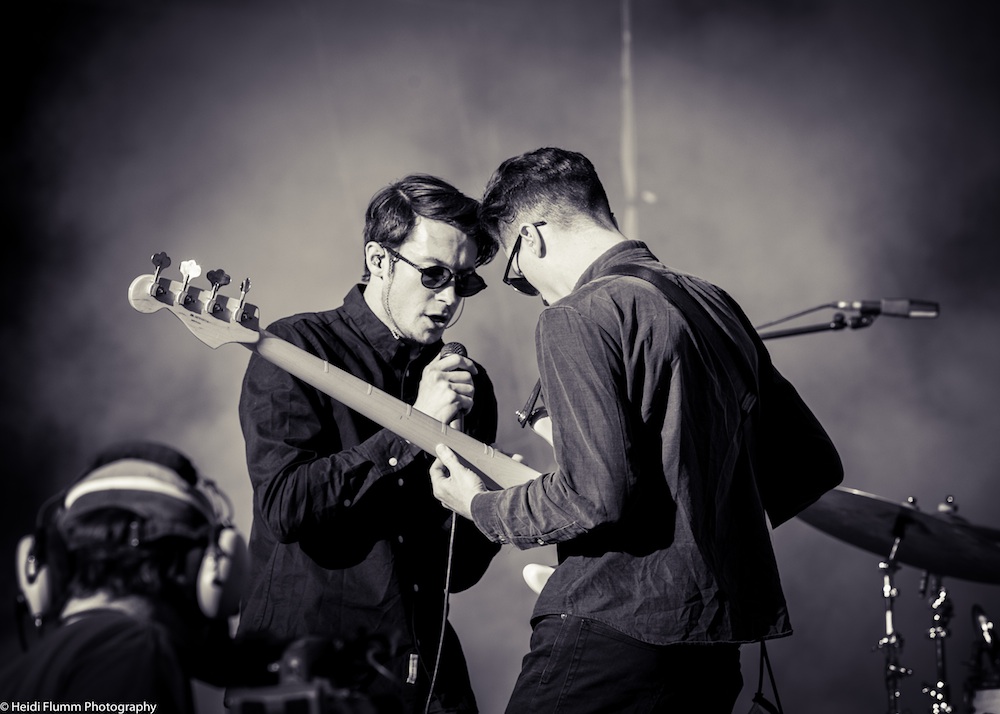 Flight of the Bunyarra Dancers

Telling the story of Gharigan, the White Crane, who is an ancient bird totem of the local area, the Bunyarra Dancers took onlookers on a graceful, elegant journey into the world of Aboriginal cultural celebration. Movement and rhythm were in abundance throughout the entire festival schedule, but

few acts possessed the same ability to sensitively communicate or celebrate the human spirit as much as the Bunyarra and their contemporary tribal dance. 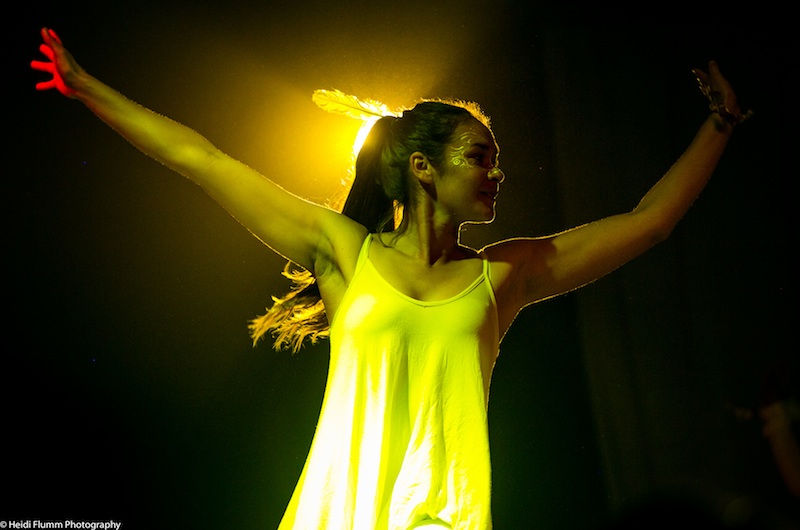 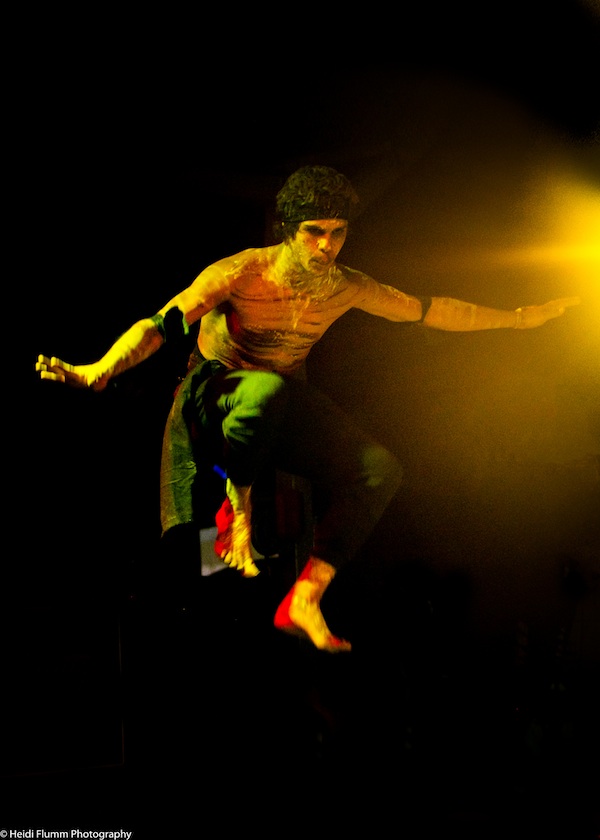 It’s not Splendour without the fun, fanciful or funky get ups from the festival-goers. Many an outfit was carefully adorned at this years event, and whoever said that spots and stripes don’t match clearly didn’t understand the program…. 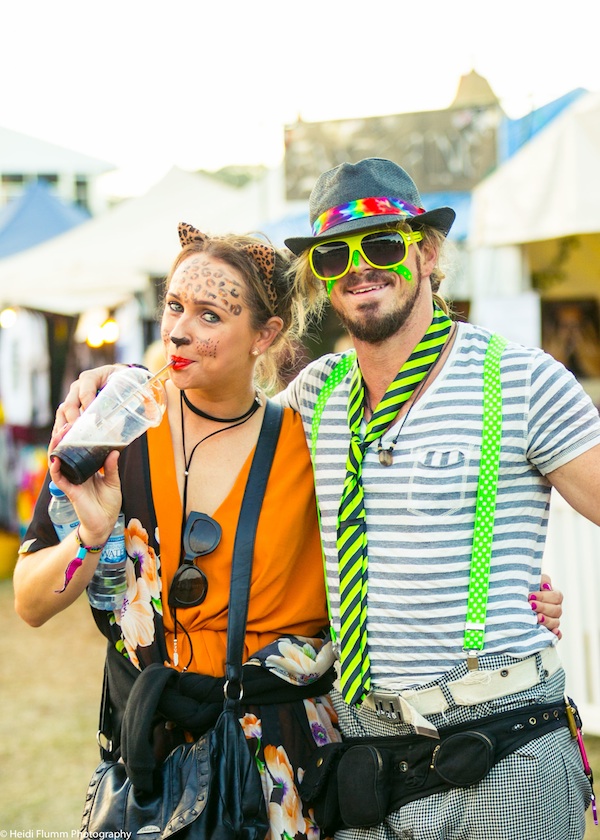 All in a Weekends Work

Stall holders and punters alike enjoyed the fun of the weekend, with many local businesses having a presence at the festival and making the most of the temporary influx of trade. 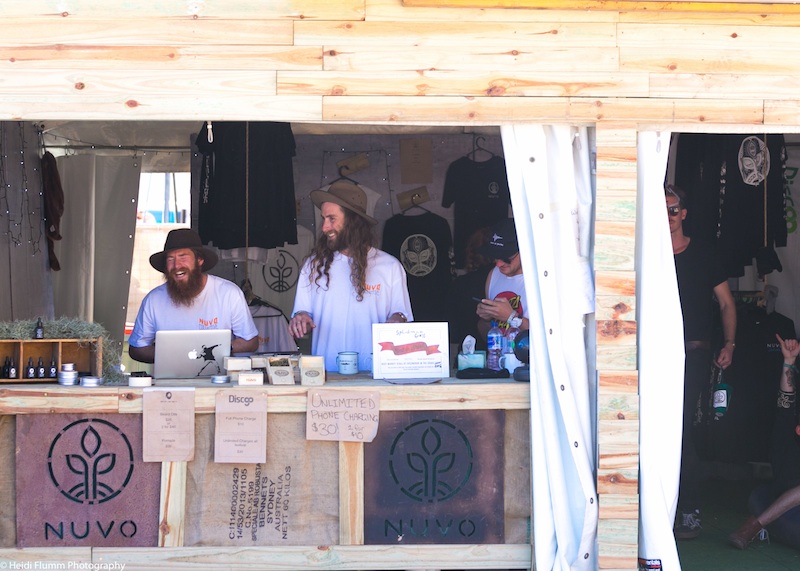 Presenting the Future and Living in the Past

If, like me, you grew up listening to ‘The Modern Age’ and successive albums ‘Is This It’ and ‘Room On Fire’, then the announcement that The Strokes were going to be headlining the bill at this years Splendour will have no doubt set you up for an event of momentous proportions. Coupled with the fact that the band haven’t stepped onto the Australian stage in more than six years, there was much room for expectation.

Watching the bands characteristically nonchalant swagger onto the stage, you couldn’t help but be over-awed by the groups almost unearthly level of cool.

Bassist Nikolai Fraiture took to a typical rock-bass-stance and provided a hearty foundation for the band to run through a set of well loved, classic Strokes songs.

A man of few words, frontman Julian Casablancas kept the crowd intrigued with his limited, anecdotal quips about girls in hotel rooms, which did nothing to extinguish the bands sense of Rock ’n’ Roll uber-cool.

The stage lighting perfectly complimented their vibe, with just a hint of lighting and smoke enough to cast a cool silhouette of the bands five figures. Languid and effortlessly chic, The Strokes came, re-conquered the hearts of fans both old and new and in a plume of smoke were gone. This was it. And it was good. 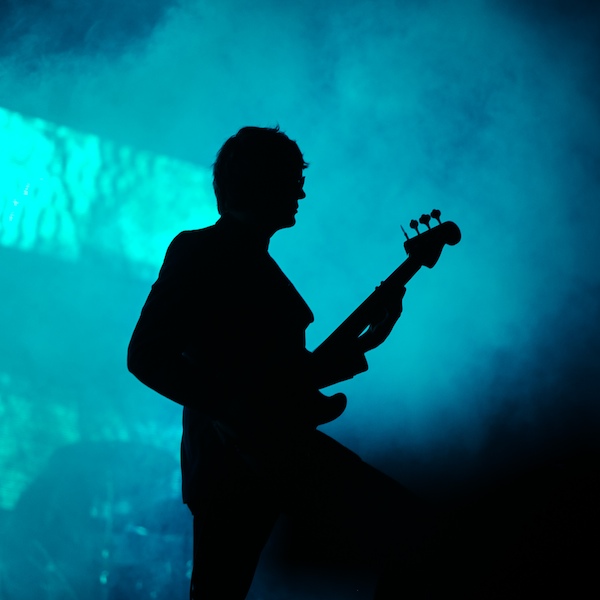 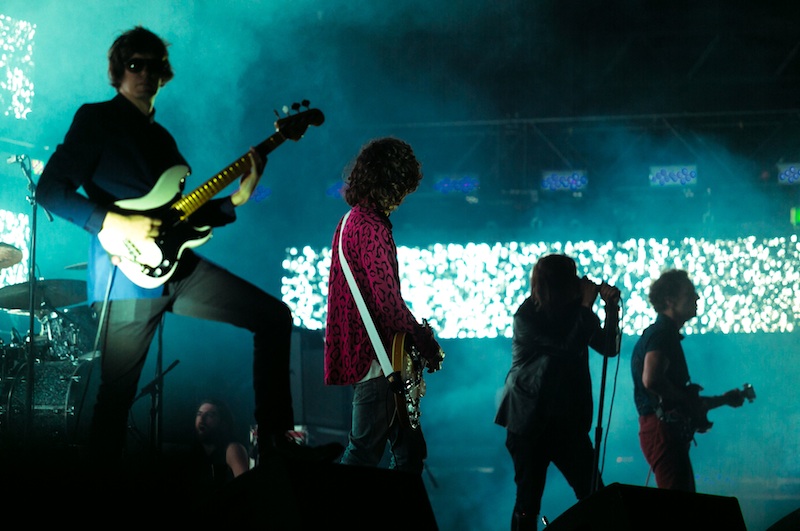 Bringing Heart and Soul to Splendour

There’s a lotta love floating around come festival time, and Michael Kiwanuka’s latest album ‘Love and Hate’ is a beautiful ensemble of soulful tunes that has its way of infiltrating your psyche and setting you into a state of instant audio satiation.

Although not one of the major headliners at this years Splendour, Kiwanuka was always set to delight the crowd. His soothing, velvet vocals are perhaps more in line with an act you might expect at Bluesfest, but the enjoyment of onlookers proved that Splendour has the capacity for more dimension then just your average Triple J band. While not everyone witnessing Kiwanuka will have been aware of what they were in for, there is no doubt that they will have left with an immediate plan to add him to their playlist….and listen to him again and again and…. 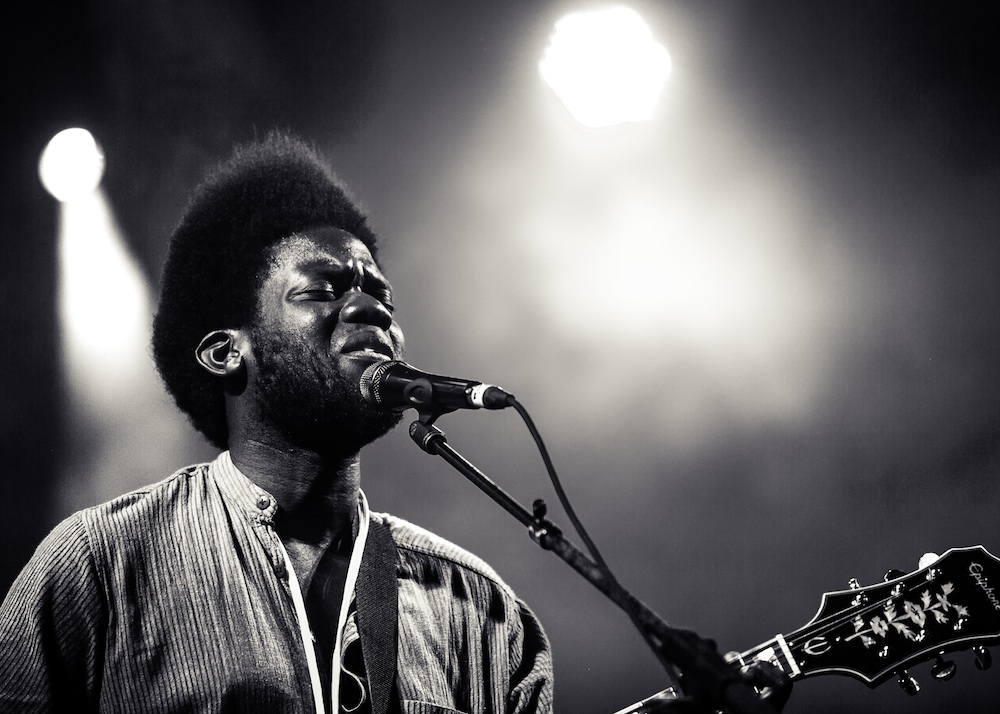 A good amble around the festival grounds would lead you into any number of goings on. Moroccan Wine Bars, Bohemian Lounges and Cabaret-style Karaoke stages were abound and enjoyed by the crowds who wanted a taste of something outside of the main stage platforms. 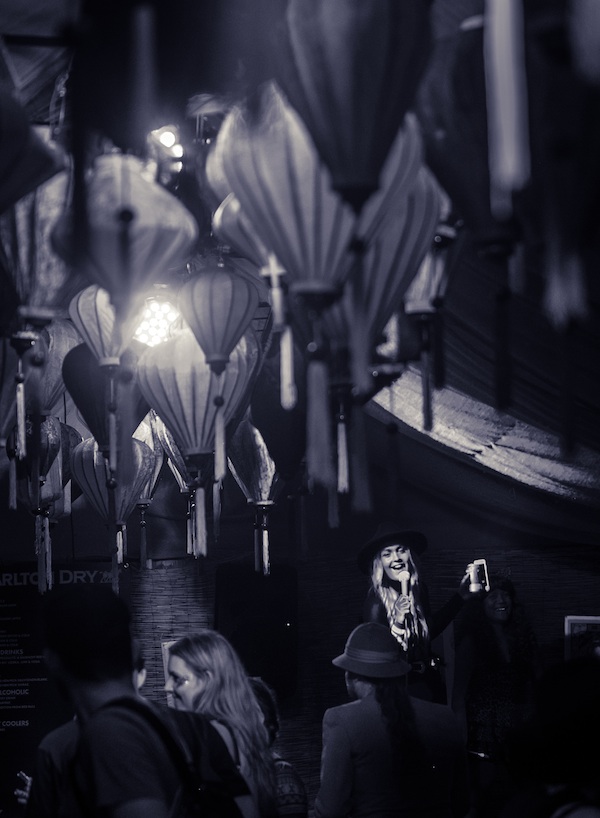 Beautiful days were followed by beautiful nights and a continual gathering of party-people who wandered from one stage to another, across the vast festival site. The remnants of the full moon in the week were felt and the stars glistened in true Splendour for the event. 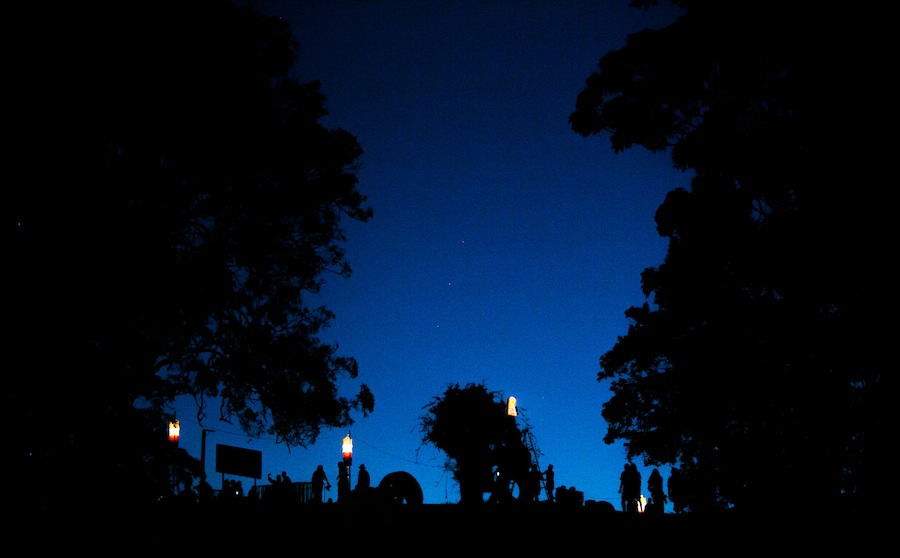 Brisbane based singer songwriter Emma Louise was played to a captive audience in the GW Mclennan tent on Friday. Her angelic songbird voice wooing the crowd and providing a soft haven for the senses in amongst the frenzy of first night festival party antics. 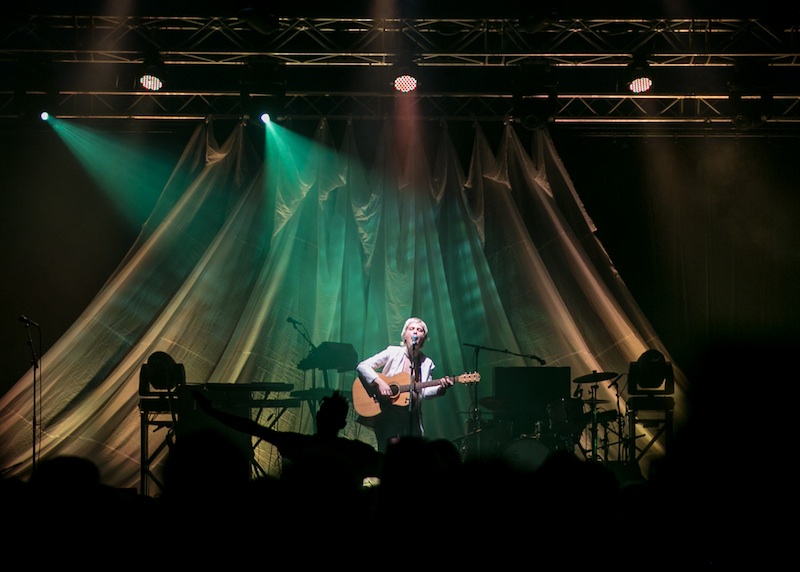 The Tipi Forest at Splendour has the ability to pull people in for not just an hours set, but the entire duration of the festival. Based on the Aquarius ideal, the Tipi’s play host to a range of techno, trance, electro dance DJ’s. Time literally transcends into oblivion for many a party player at this village in the forest. You might just dip momentarily into the area, but in that time, a sense of fleeting escapism is felt through the deep, rhythmic vibes of the music and dancers that are embarked on the journey. 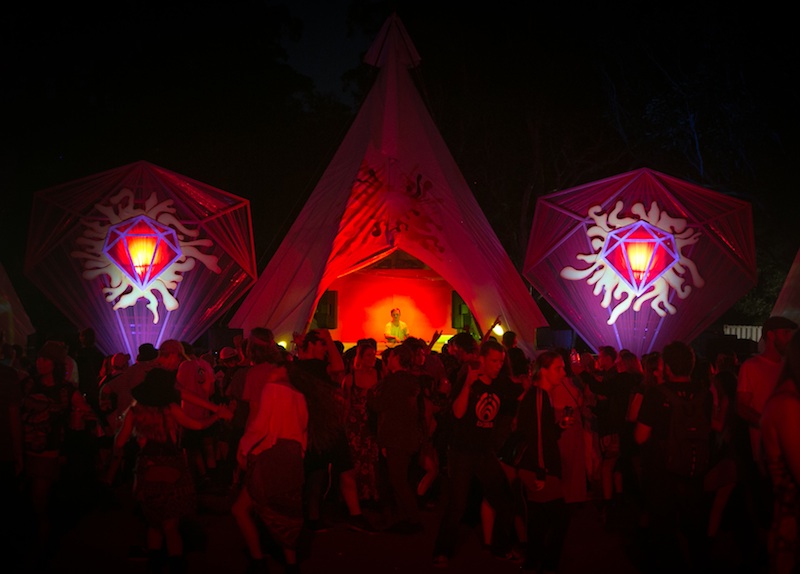 Belong…pull-back – we’ve all felt it.  As 2015 draws to a close, Beate Sommer looks at her horse connection, and her increasing interest in…