Harvesting air?  Robert Drewe’s got a few ideas of his own when it comes to creating an easy fortune…

You probably heard of the two bright sparks who’ve come up with the idea of selling cans of pure Australian air – each purporting to contain the equivalent of 130 deep breaths — to middle-class Chinese worried by their cities’ poor air quality.

The average person takes about 23,000 breaths each day so at a price of $18.80 per can I guess John Dickinson and Theo Ruygrok can recognise a potential goldmine. (Maybe those people with a 176-can a day habit?) They’re ‘harvesting’ air from such well-ventilated regions as the Blue Mountains, the Gold Coast, Bondi Beach, the Yarra Valley, Margaret River and Tasmania.

Mr Dickinson said, “We’re looking to harvest the atmospheric blend from additional locations around the country. We want to give people internationally a chance to taste what our beautiful air is like.”

He said the air harvesting system of their new company, Clean & Green Air, had been designed by a mechanical engineer, using a variety of filters and nozzles to compress a piece of the local atmosphere into a can, with the cap doubling as a mouthpiece.

The air collected from each location was quite different, he said, with laboratory tests showing the Blue Mountains ‘blend’, the most popular so far, contained whiffs of eucalyptus while Bondi Beach provided a salty seaside tang. “Each can is quite individual.” What will Gold Coast and Margaret River air smell like, we wonder? Pina Coladas? Surf? Wine? Negative Gearing?

Mr Dickinson has given little detail about how the air-extraction machine worked, other than: “It was a difficult process ensuring that the air was drawn into the can and out again. We’re pretty guarded on that as it took quite a while to come up with,” he said.

Whatever next — celebrity air? Sorry, that’s been done. A jar of Brad Pitt’s and Angelina Jolie’s ‘exhaled breath’ was recently bought on eBay for a cool $750. And I’ve already mentioned the plastic bag purporting to contain air from a Kanye West performance eventually sold for $65,000 on eBay after wild bidding from 90 people. 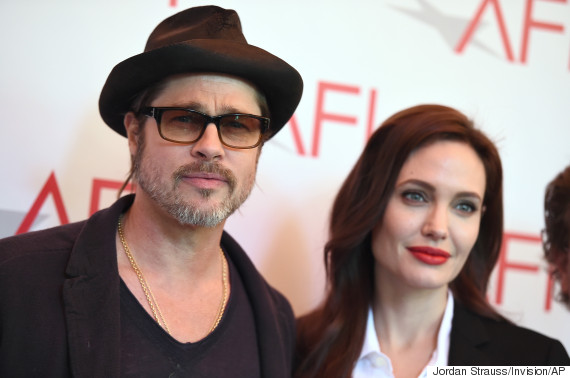 If you happen to be near the glamour couple, grab a bottle…quick.

Is there no limit to gullibility and ingenuity? Another bag of air, yours for only $3000 today (but get in quick before the price rises) is on offer entitled ‘Rare Must Have Collectable’.

It’s air, presumably suitably sweaty, boozy and nicotine-soaked, that is alleged to come from ringside at last year’s ‘Fight of the Century’ and ‘Battle for Greatness’ between Floyd Mayweather Jr and Manny Pacquiao at the MGM Grand Garden Arena in Las Vegas. As the cheapest tickets there went for $1,883, with the average ticket price being $7,886 and the most expensive ringside ticket fetching $440,689, perhaps it’s a bargain.

Meanwhile, if all those hundreds of Chinese people reported to have already recently purchased bottles of Australian air from Messrs Dickinson and Ruygrok would like to contact me, I have some other products they might be interested in.

I want them to know I have many more Australian fundamentals going for the right price. I know the new Chinese middle-class savours our national heritage as much as our real estate, so I’m also offering relics from our legendary natural disasters. For the same $18.80 price as our canned air they can buy a genuine bushfire artefact: a burnt stick. For convenience sake, this purchase comes in a matchbox.

And for the same low price I’m selling bottles of genuine Australian flood waters. Incidentally, I see our various waters – flood, sea and tap — as big sellers. I suggest people buy one of each, and see if they can tell the difference.

For a limited time I’m also offering cans of real Australian sand from a range of locales, from Byron Bay to Cottesloe, including genuine Australian bulldust squatted on by the Drover’s Dog, the Dog on the Tuckerbox and Red Dog, proof of origin indicated by the trademarks they left behind.

Robert Drewe’s latest book, The Beach, an Australian Passion, is published by the National Library of Australia and is available here: the-beach-an-australian-passion
https://www.viagragenericoes24.com/female-viagra

The Australian Burlesque Festival is bringing its show, Shake-O-Rama, to Byron Bay on June 25 and Verandah Magazine has three double passes and…