When the painter Mirdidingkingathi Juwarnda (Sally Gabori), died recently on February 11, 2015, she left behind an extraordinary body of work, much of it owned by arts philanthropist Pat Corrigan. Her life, and her brief but stellar career are charted in a new book writes Candida Baker.

“I remember the day well,” he says. “I wandered into the Woollongabba Gallery in Brisbane, and there was a painting by Sally Gabori which I really loved. It was the vibrant colours that first drew me in, and once I started researching her I knew that I wanted to get more of her work – I was absolutely blown away by her output and her originality.   I had no idea at the time that she was already 85. I’m not a clinical collector, I go on gut feelings rather than logic, and it was an instinctive reaction to her work that pulled me in to start my Gabori collection.” 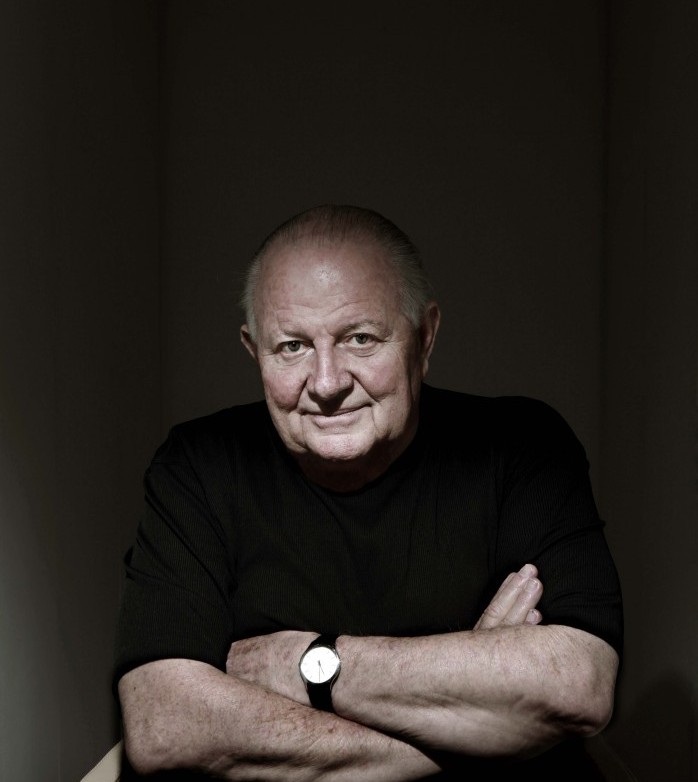 In May this year that collection was launched in a beautiful book – and it was my privilege to be involved in the project, as editor and as a contributor. The book, Gabori – the Corrigan Collection of Paintings by Sally Gabori, was published by Macmillan and at the launch in Melbourne, the Chair of the Australia Council for the Arts, Rupert Myer, AM, also expressed the effect the sighting of his first Gabori had on him: “It was on an extreme angle,” he recalled, “and the effect of all of the energy and vitality of the work was both compacted and amplified. I thought I would count the colours – I could see yellow, gold, white, cream, red, pink, blue, aqua, magenta, fuschia, purple, crimson, lilac and orange…and there were more.”

It was actually through another Pat Corrigan book, Power + Colour: New Painting from the Corrigan Collection of 21st Century Aboriginal Art, which was published in 2013, a book I reviewed for the Sydney Morning Herald, that I first saw a Gabori. The book featured 129 paintings by 76 artists from more than 25 remote communities across the country, and for me Gabori’s work was a stand-out. 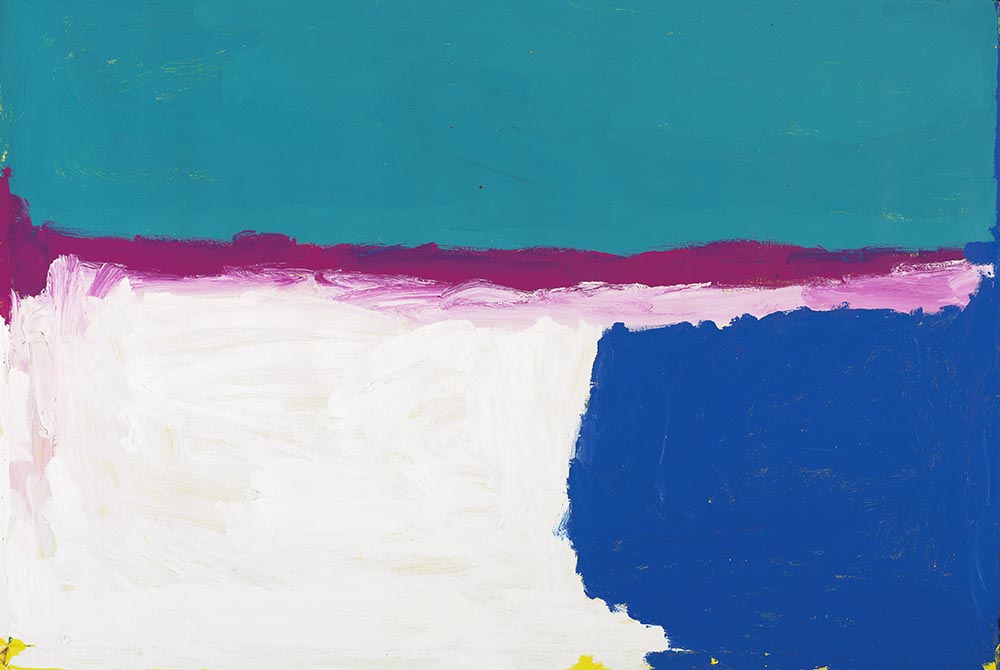 A few months later seeing a vast Gabori canvas at GOMA in Brisbane, I had an almost physical response to her work – I simply wanted to fall into it, to be embraced by its vast space, its rapturous embodiment of landscape, of scale and colour and time. I had never met Pat but I was intrigued when Terry Greer, his business partner  in the Sydney bookshop in King Street, Newtown, Better Read than Dead, suggested that I might like to be involved in the Gabori book, for which the esteemed writer and curator Djon Mundine was writing the major work.

It’s not often that a project offers nothing but pleasure – but this one did. I still remember how I felt first reading Mundine’s wonderful words – for example: For me, the answer lies in the idea that great art speaks not only to the time of its creation, but also to the timeless heart of human nature. Somehow, at the age of 80, Gabori suddenly understood how to translate into art the difficult and wonderful spaces – both emotional and physical – that she had travelled through in her lifetime. She brought a visceral, heartfelt energy to her paintings that speak to all who see them.

So who was Gabori? And why is her art so extraordinary that she is in major collections around the world when she painted for only seven years.

As a child, Mirdidingkingathi Juwarnda – Sally Gabori – grew up on an island, Bentinck Island, one of the South Wellesley group of Islands, located in the Gulf of Carpentaria. Like generations of children before her, she was supported by tribal lore and custom in the close-knit community – as she grew she was taught her dreaming, and learned about her Dolphin totem. She learned to fish, and to care for the rock walls on the island, and to weave – absorbing her home deep into the psyche of her being. When she was 15 she was married to her husband Pat Gabori, and as a woman joined them in their work of hunter-gathering. (One of the great joys of this book is that it also contains hundreds of photographs of Mornington Island, Gabori, her family and island life, many of them by photographer David Rosendahl and artist Fiona Foley.)

All around her, the Kaiadilt continued their hunter-gathering tradition uninterrupted by any outsider, and always observing their island – its landscape, weather patterns and flora and fauna. In this minute observation lay, many decades later, Sally Gabori’s extraordinary ability to connect a knowledge of place with a deep emotional connection. For the Kaiadilt, everything on their island was of utmost importance, from the tiniest rock to the mangrove flats and beaches – there’s a phrase used by them which translates as ‘much eye me’. It’s a phrase that embodies their minute observations of the landscape, including the tiniest and least dramatic places. 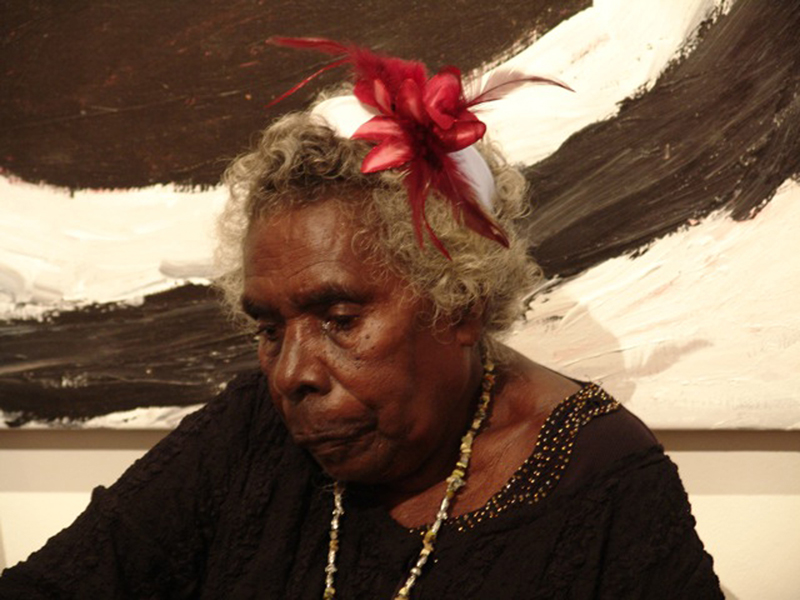 But when a drought hit the region in 1942-45, it gave the missionaries on Mornington Island the chance to remove some of the neighbouring Kaiadilt from nearby Sweers Island to the Presbyterian mission on Mornington. In 1948 a cyclone destroyed the permanent water source on Bentinck, and Mirdidingkingathi, at the age of 24, was removed along with the remaining 63 Kaiadilt on the island, including her ‘sisters’, Dawn Naranatjil, May Moodoonuthi and her niece Paula Paul, to Mornington Island.

One of the aspects of Gabori’s work that Corrigan appreciates is the emphasis on family, and he understands too, the losses and tragedies that Gabori has faced during her long lifetime. “Sally comes from a huge extended family,” he says. “And that is reflected in her works. She gives them titles such as ‘This is my father’s land’, ‘this is my brother’s land’, ‘these are the mudflats on Bentinck Island’,” he says, “and somehow they just bring more life to these vibrant paintings. You begin to understand the deep emotion running through them.”

Corrigan, at 82, is approximately the same age Gabori was when she first entered the Mornington Island Arts Centre and created her first painting. She produced on average almost a painting a day over five years, becoming an international art sensation in the process and although she sadly passed away before the book was published, in Corrigan she has a champion in her corner who is working every bit as hard on the consolidation of her career as she did on the creation of the works.

Corrigan’s artistic interests are wide-spread. As well as being a jazz aficionado from way back, he is also a book collector of note and in 2012 bought the Sydney bookshop Better Read Than Dead. But it is the art that most occupies his time and his passion – his Darling Point apartment overflowing with everybody from Lloyd Rees to Michael Zavros, not to mention of course, numerous paintings and prints from Aboriginal artists. With a personal collection of over 2,000 works he has also donated over 1,000 works to more than 45 Cultural Gift Recipients nationwide. Corrigan and his wife, Barbara, divide their time between the Darling Point apartment and their home on the Gold Coast, where Corrigan has been chairman of the Gold Coast City Gallery for many years, and is also a former chairman of its Foundation.

For him, the book is not just a way to show off the art – but also to keep alive the importance of Indigenous traditions and culture. Something Rupert Myer also noted, when he said: “It may seem that the launch of a book on a single indigenous artist won’t change anything. I disagree. It’s about the cumulative effect. And each one of us has a part to play in the development of that narrative and advocacy.”

Ultimately, says Corrigan, “I hope this book will be a way for every art and book lover in Australia to learn more about this extraordinary artist.”