It’s been described as ‘electric’, ‘rocking’ and a ‘dramatic triumph’.  Now’s your chance to see Wes Carr, Ben Mingay and a star-studded cast at Jupiter’s Casino Theatre on the first weekend of August.  Simply tell us in 25 words or less why you would like to win a double-pass to Rolling Thunder Vietnam to be in the draw. 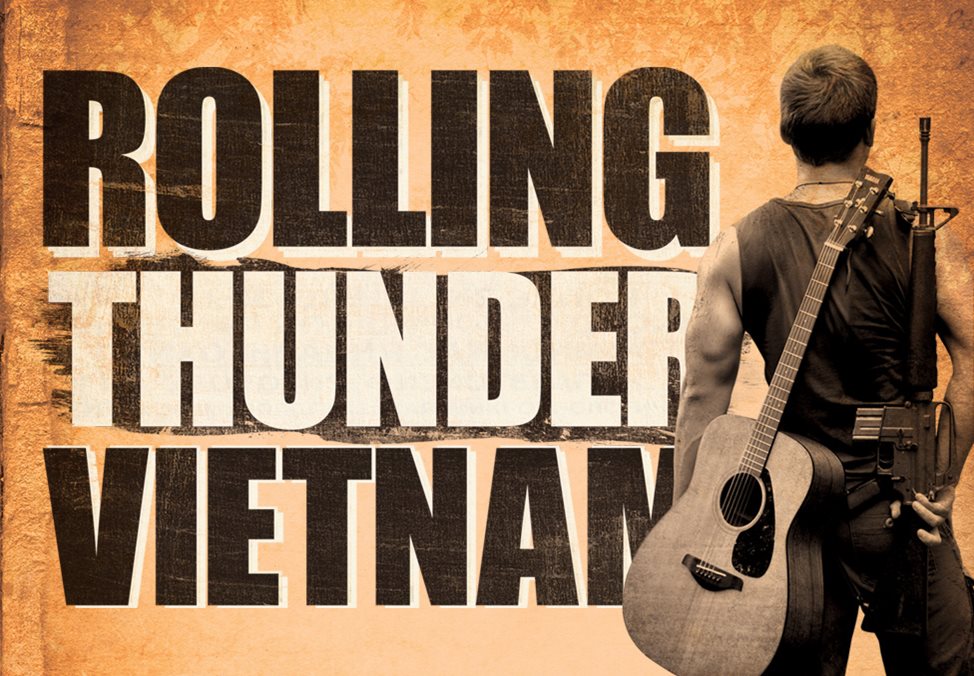 THE sensational Australian concert drama Rolling Thunder Vietnam – Songs That Defined A Generation returns for an exclusive national tour in July-August 2016 to commemorate the 50th anniversary of the Battle of Long Tan.

The acclaimed production became one of the most talked about musical and theatrical events of 2014 when it toured nationally after premiering at the Queensland Performing Arts Centre (QPAC) in Brisbane. Under the blazing musical direction of Chong Lim (John Farnham Band, Dancing With the Stars), Rolling Thunder Vietnam earned standing ovations at every performance, winning plaudits from audiences and critics alike.

Announcing the exclusive 2016 season of Rolling Thunder Vietnam, producer Rebecca Blake said that it was only a matter of time before the show was back in front of audiences again. “The positive response from Vietnam Veterans and their families was overwhelming. It was as though they’d been waiting for years to experience their story on stage in such a vibrant and powerful way.”

The Vietnam War was the world’s first televised war. More than any other conflict it produced some of the most popular and enduring songs of the 20th century. The 2016 tour of Rolling Thunder Vietnam coincides with a number of planned events to honour the 50th anniversary of the Battle of Long Tan. The conflict took place on 18 August 1966 in a rubber plantation near Long Tan in Phuoc Tuy Province, South Vietnam. Eighteen Australians were killed and more than 20 wounded.

The ‘songs that defined a generation’ include Fortunate Son, All Along the Watchtower, The Letter, What’s Going On, Born to be Wild, Killing Me Softly with His Song, We’ve Gotta Get out of This Place and Bridge Over Troubled Water.

For Tracey Hocking’s Lazybones design range, the sky is the limit as Byron goes global…Browsing through the Lazybones shop in sleepy Brunswick Heads I…