When Splendour Producer Jessica Ducrou opened What a life! Rock Photography by Tony Mott for us on the 10th of June, like many in the room, she spoke of Tony’s incredible warmth, and how he had become a bit of a personality in his own right.

I recall living in Sydney in the late 1980s and early 90s when Tony’s name seemed to be credited with every rock image published. The free street music papers, On the Street and Drum Media were vital means to organise your social life – particularly in the pre-social media world. So Tony’s images played a role in visualising that important part of Sydney’s live music scene.

For me, this exhibition is a bit of a roll call of bands that bring back fond memories of that time. Bands such as Falling Joys, Box The Jesuit, The Hummingbirds, The Celibate Rifles and the Psychotic Turnbuckles among many, many others. These bands graced the stages of places such as the Hopetoun, the Annandale Hotel, the Trade Union Club, and the Sandringham Hotel. For those that lived in Sydney at the time, I’m sure these names nostalgically take you back.

While Mott was a strong advocate for emerging Australian bands, he also documented some of the biggest names in music – Björk, Madonna, Michael Jackson, KISS, AC/DC, Kanye West and the Rolling Stones. 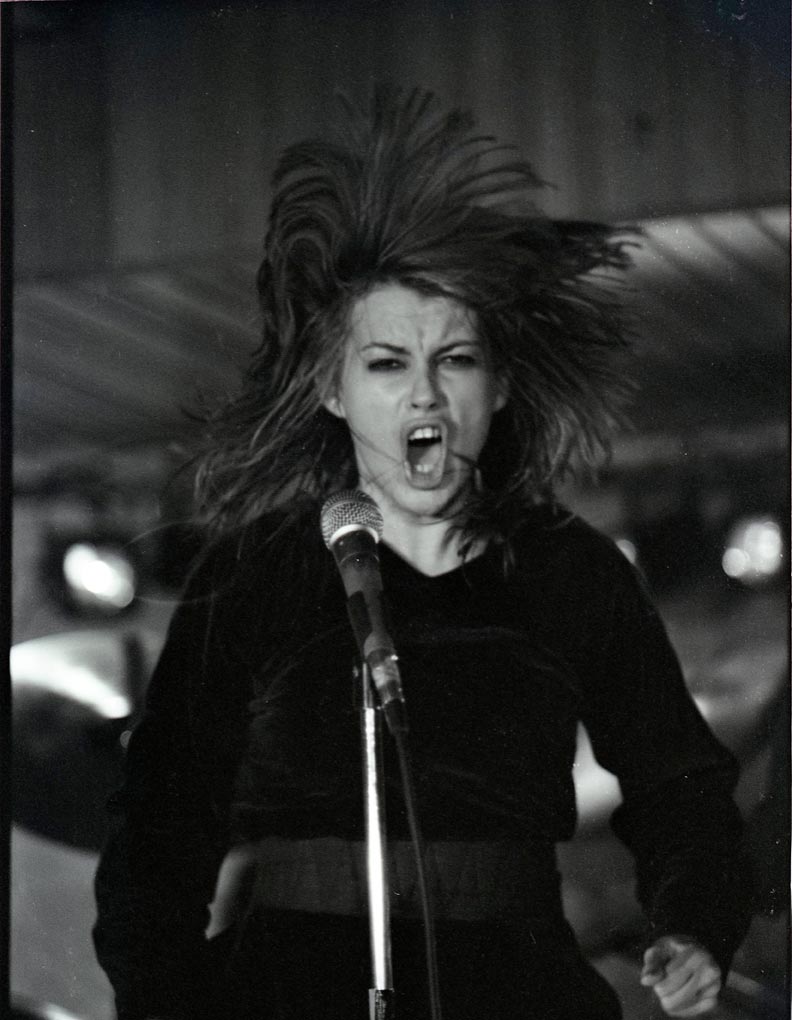 Chrissy Amplett from the Divinyls in the first photography Tony Mott ever sold.

Mott credits Chrissy Amphlett as being the artist who gave him his first break. He initially thought she’d be impossible to photograph, but over a period of 5 months, he used her as his ‘muse’ to perfect the art of rock photography. When one of these images was used to promote her band, Divinyls, his career took off.

Tony’s photographs have appeared in more than 700 music magazines and street press journals including Rolling Stone, Juice, Drum Media, RAM and Juke. He has provided photography for more than 450 singles, EPs and albums.

What a Life! Rock photography by Tony Mott is touring from the State Library of NSW, where it was a massive hit over the Sydney summer. The last few weeks in Lismore have indicated it will be a huge hit here as well!

What a Life! Rock photography by Tony Mott is on at the Lismore Regional Gallery until August 12. For more info go to: lismoregallery