The Gold Coast’s annual free music event, Blues on Broadbeach came back last weekend for its 15th year in 2016, with a varied mix of more than 60 local and international artists, performing across 14 venues over four days reports photographer and music lover Heidi Flumm.

With such a large number of musicians based in and around the Gold Coast, the festival provides an opportunity to celebrate local acts as well as from further afield. 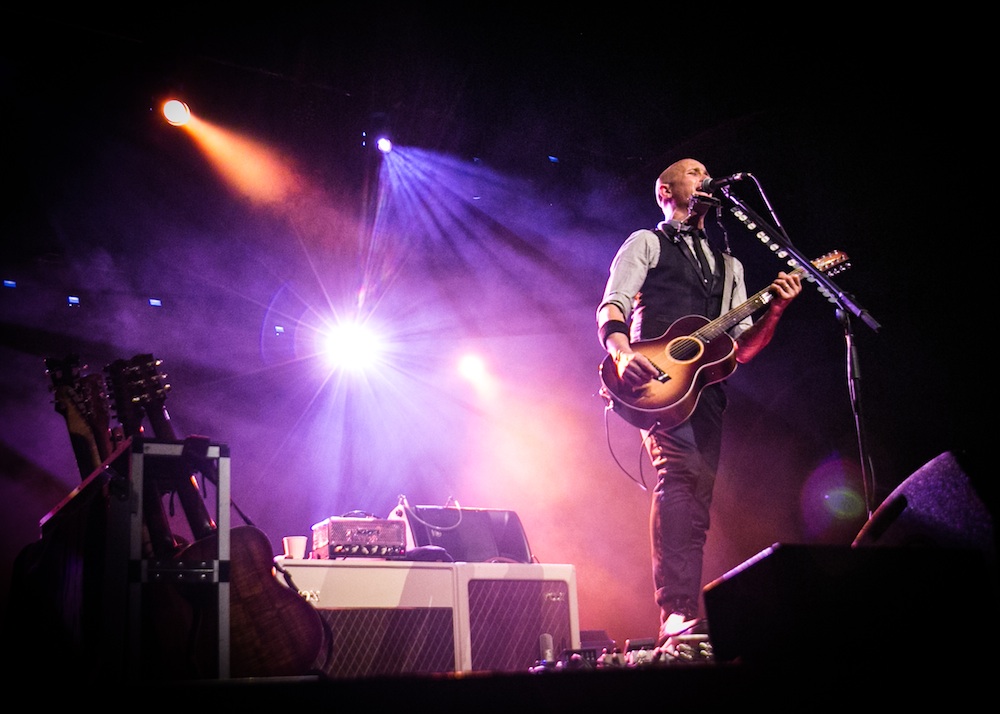 Diesel was the only ticketed show at the festival, held at Jupiters Casino. Photo: Heidi Flumm.

Some excellent performances came from  Genevieve Chadwick, Shaun Kirk,  Big Daddy Wilson and Felicity Lawless. Playing on the Victoria Park stage, Lawless and her band of troubadours (who include the talented Scott French of Cheap Fakes/A French Butler Called Smith fame), took the crowd on a temporary journey away from the Blues, into a Spanish infused, high-energy fanfare. I  couldn’t help joining in the merriment, in spite of my heavy camera equipment. Children and adults alike were delighted, and there was a fabulous uniting of the crowd at the end of Lawless’ set in a giant handheld ring of dancing bodies. 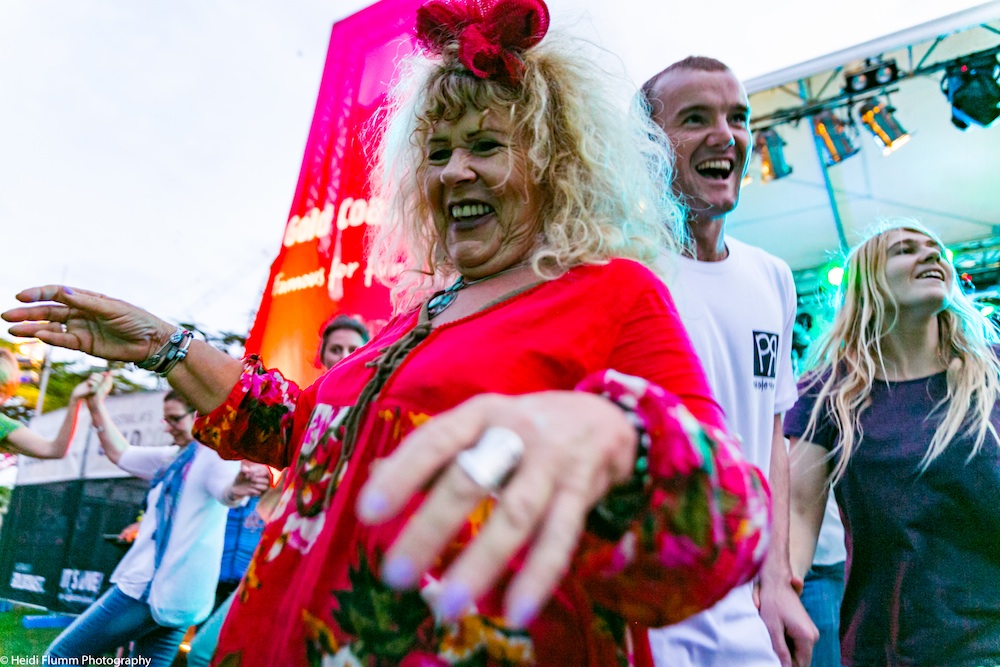 Phil Barlow and the Wolf injected a hefty dose of Bluesy, Rock ‘n Roll energy to the proceedings late on Saturday night, with a full-to -capacity, hot and steamy affair at the Broadbeach Tavern. (The band has since been nominated for the ‘Peoples Choice Award’ at this year’s Gold Coast Music Awards, which takes place next month.) 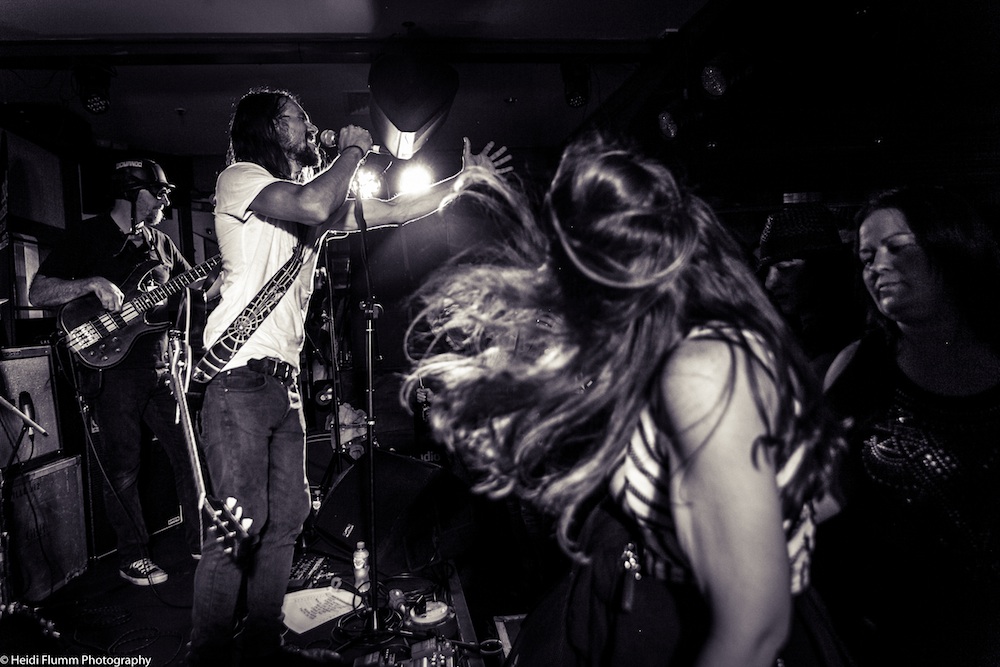 Phil Barlow and his happy fans. Keep your eye out for Phil Barlow and the Wolf, who are nominated for this years ‘Peoples Choice Award’ at the Gold Coast Music Awards next month. Photo: Heidi Flumm.

As well as providing free access to the range of musicians on offer, this year’s Blues on Broadbeach pulled together a worthwhile charity album, in aid of mental health charity Beyond Blue,  entitled ‘Back in Blue’. In tribute to AC/DC’s Back in Black album, a veritable supergroup of well established Australian touring blues artists  came together to re-record the album, track for track and the proceeds from the album sales have gone to the charity. The Saturday night saw excellent performances from the contributing artists, including the awesome Chase The Sun and Lachy Doley. 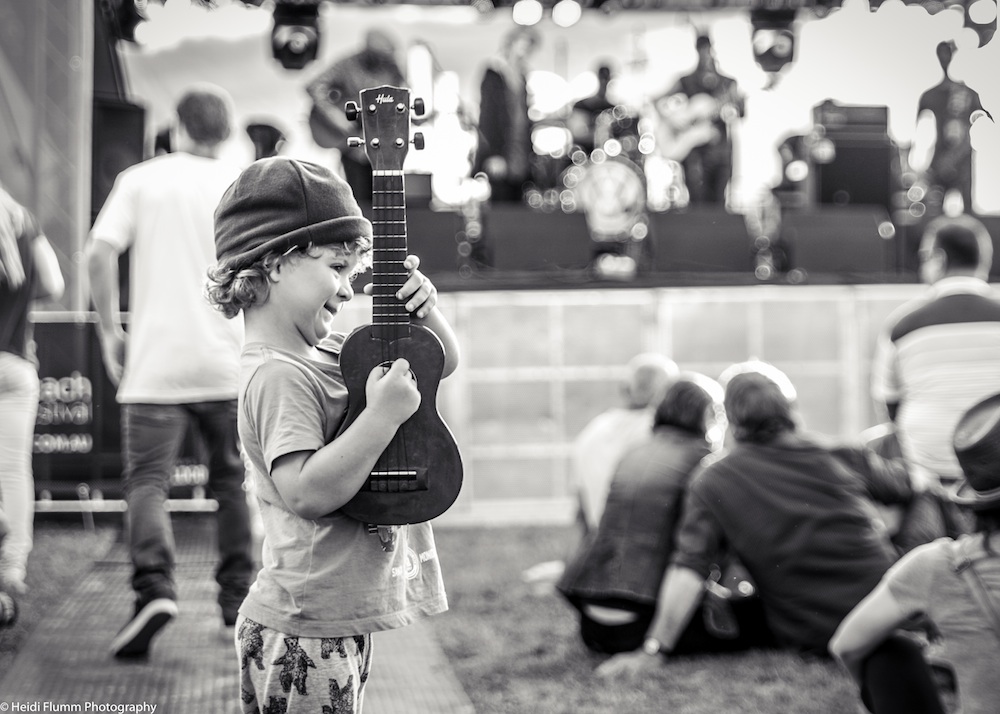 All ages delighted in the music, with the Victoria Park Stage providing a family friendly atmosphere in which the enjoyment of the Blues music could be felt. Photo: Heidi Flumm.

Music lovers of all ages can expect to enjoy the Blues on Broadbeach experience.
This is an urban-based set up and the associated policing of the streets is felt by many. You can’t crack open a beer and lie back on the grass. But there’s more than enough variety on offer to satisfy even the hungriest musical appetite.It’s not surprising that since its creation in 2002 Blues on Broadbeach has managed to pick up such accolades as the Best Regional Event in QLD and Best Cultural, Arts and Music Event in QLD at the Australian Event Awards.

From top: Shaun Kirk entertained the crowd with his folk-inspired songwriting and vocals; Phil Barlow enjoying the attention; Feeling the Blues – everybody got in on the act; Owen Campbell brought a selection of his blues-rock tracks to the Surf Parade stage in Broadbeach.

For more information on Blues on Broadbeach go to:  bluesonbroadbeach

For more information on Heidi Flumm’s photography go to: heidiflumm

When master Bob Connery died a few years ago, the closure of his beautiful Stoker’s Siding Pottery was a great loss to the region,…