It’s Byron Bay Bluesfest time again and one band, Blue King Brown, are no strangers to Byron Bay – in fact they began their musical career busking on the streets of Byron.

Nattali Rize, ex Natalie Pa’apa’a, is always happy to be heading back towards the Shire, wherever it’s from, and this time Rize is talking to me from Jamaica where she’s spent the last six months working on her first solo project, with another one already planned.

Rize attended Byron High School for two years but every moment of her spare time was spent busking on the streets, which is how she met her musical and life partner, Carlo Santone, the co-founder, manager, bass-player and co-songwriter of BKB. Santone is also an integral part of Rize’s move towards a solo career. “He’s involved in all things Rize,” she laughs. “BKB is just as strong as ever, I just felt the need to have a way to express myself individually as well.” 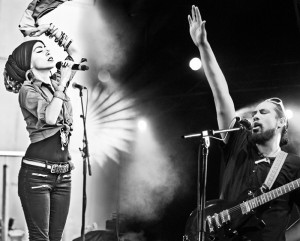 Rize says her early musical inspiration came from her mother. “She’s one of the reasons I became a musician,” she says. “We listened to all that great early soul, Aretha Franklin, Bob Marley, Jimmy Cliff – and further back Louis Armstrong – everything was thrown in there.” The ‘mix’ translates also into Rize’s exotic breeding – Samoan, Basque, Native American and Mexican give her not only her beautiful looks but a sense of belonging to the world. “I’ve never felt ‘one’ nationality,” she says. “I feel completely connected to the world, and that’s how we use our music – to connect.” She’s cagey though, on the subject of her father. “I don’t talk about him,” she says simply, when I mention that there’s nothing about him in her press files.

Anybody who has had the privilege of seeing BKB live will know what a high-voltage performer Rize is – the powerful, beats-driven music giving her a perfect foil for her call-to-arms lyrics. “You know, I never had any intention of being a political band,” she says. “When we started out we wanted to play fast music people wanted to dance to – but when I put pen to paper all this stuff came out.” She quickly realised that she has a mission in life. “I have to use my voice on behalf of marginalised people everywhere,” she says. “It’s essential to me as a human being.”

It’s not difficult to see how Rize came by her new name – living in Jamaica surrounded by the beating heart of reggae, Marley’s Rise Up lyrics – ‘Rise up fallen fighters; rise and take your stance again’ – in part gave her the inspiration for her name change. “I’d actually been wanting to change my name for sometime,” she says. “Partly because everyone finds my name so hard to say, partly because I feel that I’m evolving as an artist. Rize is such a strong word, and Nattali spelled the way I’m using it now comes from the word ‘natta’ which is a native American Indian word meaning speaker.   For me Nattali Rize combines everything I want in terms of imagery and visuals – it’s a call to action.”

Living in Jamaica for the usually Melbourne-based band has been an inspirational experience says Rize. “The thing about Jamaicans is that they are very aware of how important reggae is to their culture, and so they are consistently conscious in their approach to its music and lyrics – in fact reggae itself is a culture, and it’s a high-energy culture. The energy here seems to somehow be amplified by the energy grids of the planet – when you think about it here is this tiny island that has had a massive influence on the world. They’ve reached people all around the world as a beacon of consciousness.”

It’s the sense of being a citizen of the world that fuels Rize’s urgency to get across her messages about human rights, the environment, and most specifically the West Papuan struggle where she believes a consistent genocide is taking place. “We made our film clip for the single All Nations from our Born Free album in Vanuatu,” she says. “Vanuatu has been the only island nation to consistently be a voice for their Melanesian cousins. West Papua is one of the largest scale human rights abuse and genocide campaigns in the world and yet because of the relationship between the Government and Indonesia, and because West Papua is rich in gold and has the second biggest copper mind in the world, the Government does nothing about it and it gets virtually no press in the Australian media.” West Papua is in the forefront of the All Nations stage show – with two West Papuan female musicians. “They’re strong women,” Rize says. “Freedom fighters.” 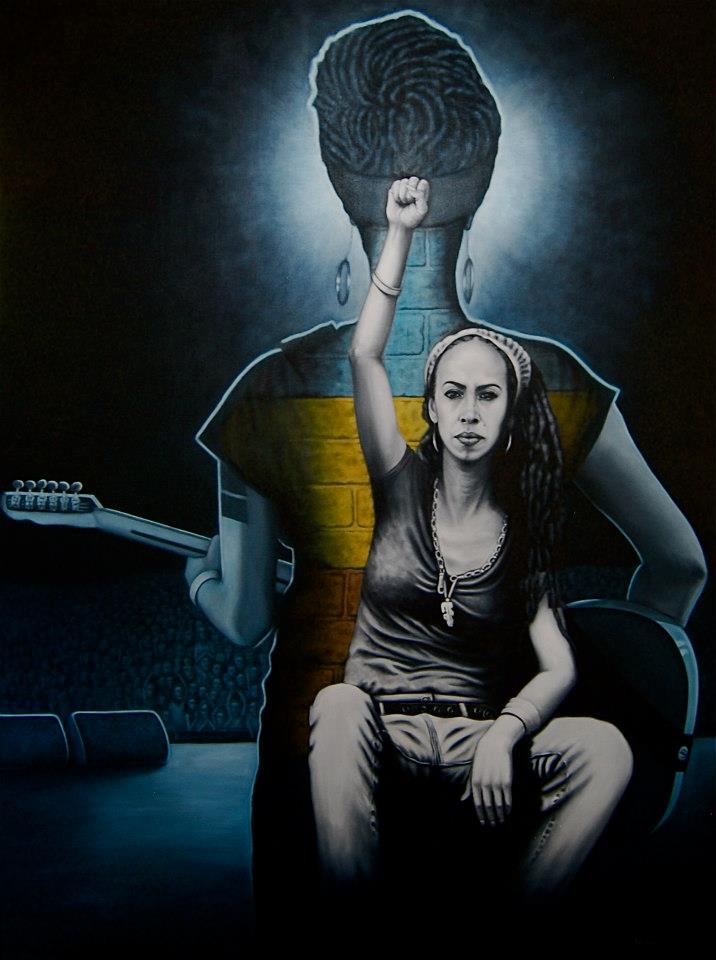 Blue King Brown have a refreshing attitude towards the vexed question of ‘free’ downloading of music. “As far as we’re concerned, music will do its work where it needs to,” Rize says. “Once it’s out there we really don’t subscribe to the idea of ‘ownership’ or capitalism around music. If you can afford it, buy it, if you can’t we have a great creative project www.bkbbornfree.com where you can get all the music for free, plus the lyrics are in there, and our photographs and artworks.”

Why, I ask, when there’s so much energy being given to the idea of protecting music, are they going in the opposite direction? “The music industry is always shifting and evolving,” Rize says. “There are no rules. If you make if free then more people will come to a live show. If you involve people through social media, engage with your audiences, then they support you – and what we are interested in is enough support to do the next creative project and for people to think about the issues we make music about.” Things, she says, have changed. “I would say to anybody creative translate your ideas into whatever you consider to be success, to be read, or to be listened to, or to be seen – in lateral ways because the traditional ways are not going to work any longer.” But at the same time that she’s involved in global music and the raising of global consciousness, there’s a sense of coming home when she comes back to Byron. “My mum still lives there,” Rize says. “So we come back and reconnect, and that’s the wonderful thing about Byron, the sense of reconnecting to family, friends, to nature and to music is all there in one place.”  Amen to that.