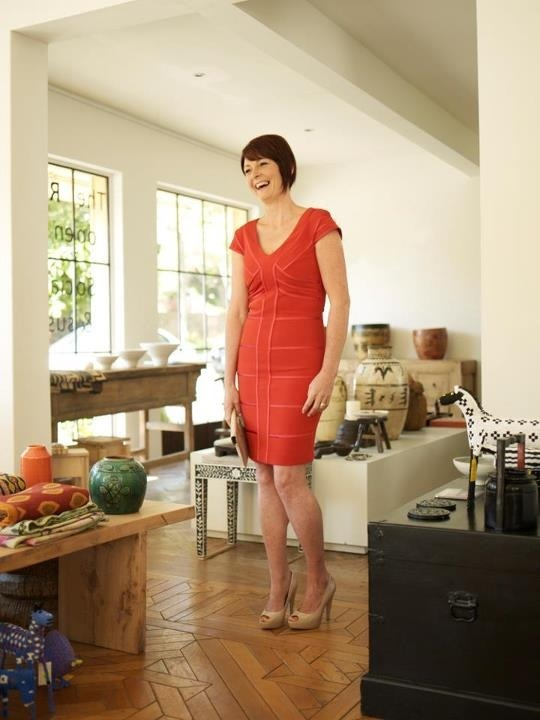 When Byron resident Ally Redding was going through a rough patch, and with the difficulty of being a mother to two kids with special needs, she found that laughing really was s the best medicine.

Q: How did you get into the ‘laughing’ business?

I have laughed my way through many shitty moments in my life and I dabble in stand up comedy, but I actually experienced laughter yoga for the first time as a participant at a women’s retreat in Byron Bay 2 years ago. It was such a profound experience, I just knew I had to bring more of this stuff into my life and my business.

Q: What made you decide to open the Byron Bay Club?

I completed the Certified Laughter Yoga Leader Training (CLYL) earlier this year in Melbourne with Merv Neal of Laughter Yoga Australia and then again in Byron Bay in July, where I met my fellow ‘laughing ladies’ Clare and Jen.  We joined forces to create the Byron Bay Laughter Club.  We each bring our own style to the session as we rotate the leader role.  We have a blast together.  Laughter Yoga was developed by a medical doctor in 1995 and 8000 laughter clubs now operate in over 60 countries around the world.  Laughter Clubs are not for profit, community events.  We simply ask for a donation, to help cover our room hire and insurance costs.
Q: Does pretending to laugh have the same good effect as ‘really’ laughing, or does it lead to really laughing?

Simulated laughter has been scientifically proven to have the same health benefits as genuine laughter.  ‘Fake it till you make it’ is totally applicable here.  Laughter Yoga does not rely on humor, jokes or comedy, it is a unique conecpt where anyone can laugh for no reason.  We follow a process that incorporates childlike playfulness, clapping, chanting, yogic breathing, group connection and eye contact which leads to contagious, genuine laughter.  Laughter Yoga is both relaxing and energising.  It’s also an aerobic workout! 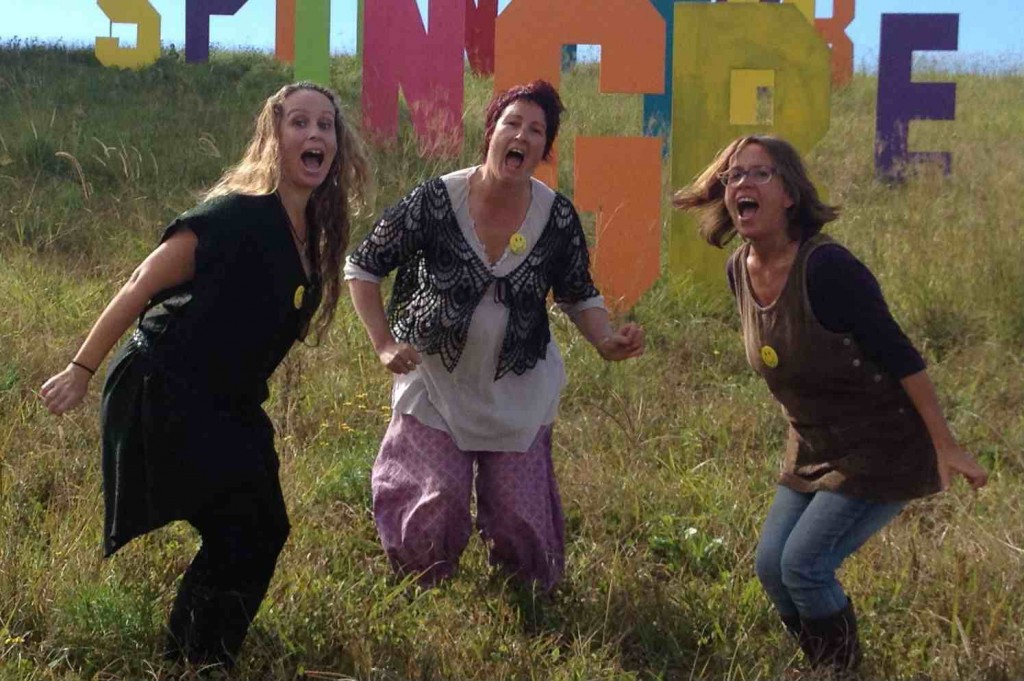 Laughing Ladies from left to right: Clare, Ally and Jen.

Q: Where do you hope your laughing to take you?

Besides all the positive health effects for me personally, I want to share the laughs (and benefits) with as many people as possible, by promoting the Byron Bay Laughter Club, through the sessions I run at my Carer’s Retreats and running laughter yoga sessions for any organisation or group who wishes to do something a little different. We ran a laughter yoga session at the volunteers HQ at Splendour In The Grass recently.  Laughter Yoga can be done anywhere people come together, indoors or out.  Five people or fifty, it doesn’t matter.  But beware, it is contagious!
Q: What changes has it made in your life, and in other people’s lives that you know of?

As someone who knows depression, is a carer of a couple of special needs kids and a homeschooling mum running a small business, I have found I feel ‘lighter’ since starting laughter yoga.  I cope so much better with stressful situations.  Instead of crying, I laugh (although sometimes I do both). Laughter Yoga sessions are conducted around the globe in corporations, hospitals, orphanages, prisons, schools, aged care facilities and numerous other locations.  The positive effect on people’s health and wellbeing is extraordinary.  There’s no downside to laughter, it really is the best medicine!