Dave Sparkes has been involved in various creative pursuits for many years. He has been senior writer/photographer for the iconic surfing magazine, Tracks, for over 20 years.  Sparkes has been painting watercolours for several years, concentrating mainly on plein air landscapes and seascapes. He won the Naturalist Division of The Pacific Palms Art Festival in 2012, and achieved a Highly Commended in 2013. He’s had several works published in Tracks and White Horses magazines, both having additionally published articles on his watercolour art. Tracks also recently featured his work in their “Two Hands” section, a monthly feature on emerging artists. 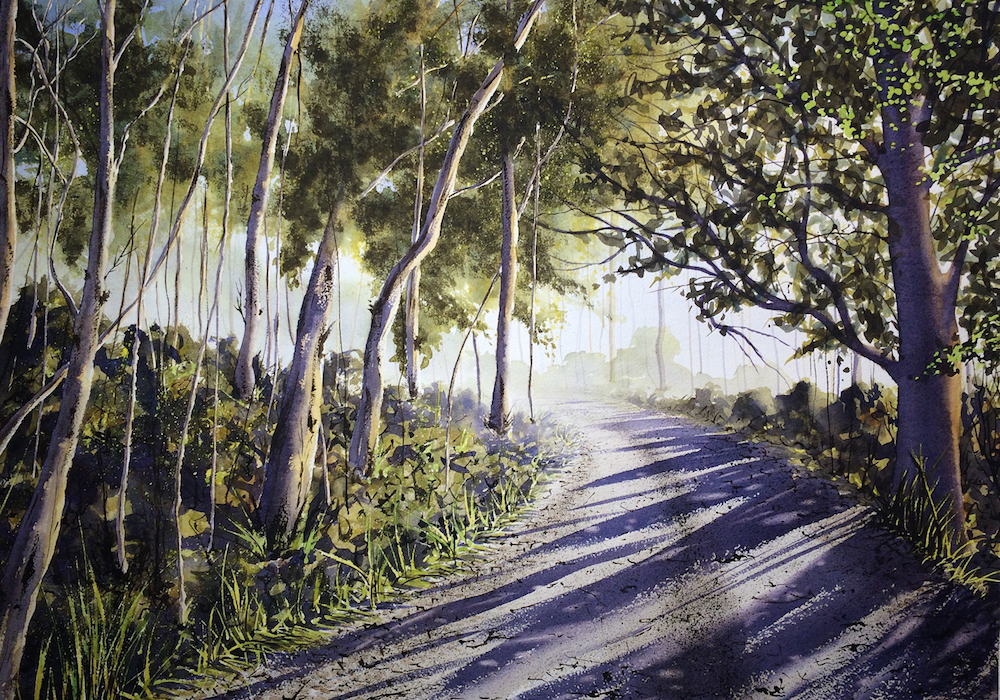 Sparkes grew up in Bondi Beach, and now lives in Byron Bay with his partner Tracey Turner. In between walking the dog and exploring the hinterland for natural swimming holes, he surfs, paints, writes and takes photographs.

Sparkes has had thousands of images and over 2oo feature articles published, and has interviewed many surfing luminaries such as Tom Curren, Occy, Sunny Garcia, Dave Rastovich and Mick Fanning. His photographs have adorned the covers of magazines in many countries, including the US, Australia, France, New Zealand, England and Spain, and most notably he photographed the cover of the 2005 US Surfer Magazine Photo Annual. His book of words and photographs, The Wave: Tales From the Impact Zone, was published to rave reviews in Australia and New Zealand by Hachette Publishing in 2011. 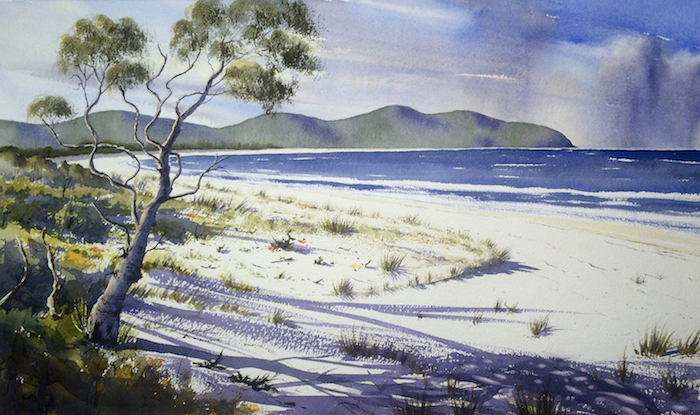 Sparkes’ upcoming exhibition, Illumination, will be showing at Byron Bay’s Lone Goat Gallery from February 3rd to February 15th, 2017. His first solo show will feature works created by Sparkes over the last 18 months, with a focus on his glowingly impressionistic landscapes and seascapes of the East Coast. Approximately 50 framed and mounted paintings will be exhibited, highlighting the artist’s fascination for sunlight and shadow, mist and atmosphere, and the whimsical realism of his watercolour vision.

For more information on Dave Sparkes go to: sparkesphoto

By Candida Baker What exactly is creativity? As a writer it’s something I often think about, particularly, of course, when the creative muse has…