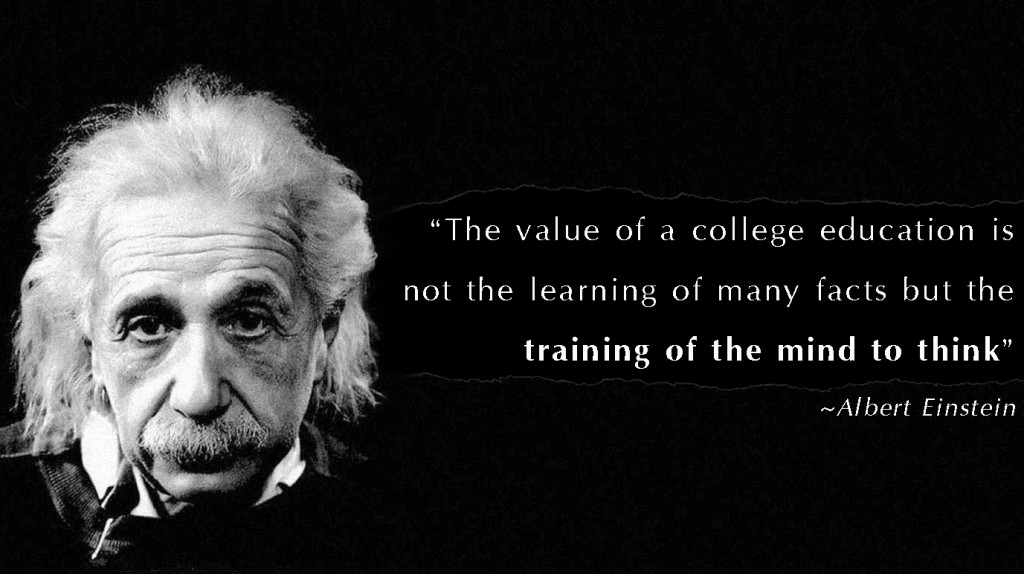 When Verandah Magazine’s publisher Candida Baker enrolled at university as a mature age student, she found unexpected rewards in learning the art of learning.

Almost three years ago to the day I stood in front of Adelaide University, having enrolled as student in their online Master of Arts in Art History – a degree the University runs in conjunction with the Art Gallery of South Australia.

I was so nervous I bit my nails, and I don’t even bite my nails. Three years, two certificates and a diploma later I’ve handed in my thesis: ‘An exploration of kijin 奇人 – or eccentricity – and its
tradition as an endorsed quality in Japanese art, with specific reference to the work of Yayoi Kusama and Yoko Ono.’

The odd thing about my journey towards a degree was that I had (or believed I had) no intention of doing one. I was working on something else entirely, googling away, letting my fingers do the walking, when suddenly an ad popped up, advertising this new, arts related MA, and suddenly something inside me gave a shiver of excitement. Even so I was going to ignore the ad, I almost clicked away from it – what do you want to look at that for? I thought, but almost as soon as I’d had that thought I could see the White Rabbit dancing across the screen. Follow me, he was saying. Follow me. 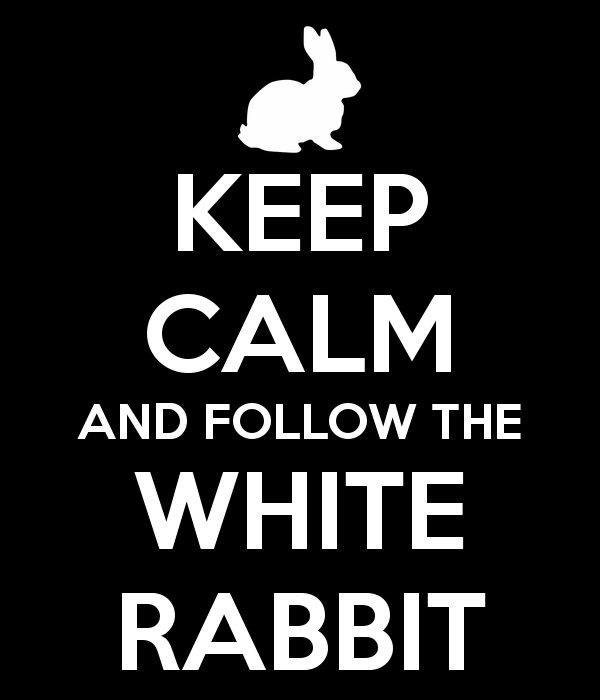 Now, the thing is, (as my Irish grandmother used to say), I’d left school at 17 with a few more ‘O’ Levels than Princess Diana, and fallen into a life of journalism and writing at an early age. Everything I’d learned, I’d learned on the job and there I was at the age of 57 with numerous books published, and a successful career behind me, (and I hope before me too) but there was something missing – a little piece of the jigsaw puzzle.

I’d tried once before – twenty-four years ago to be exact – I’d enrolled in a BA with the University of New South Wales. I’d enjoyed it but work and children had got in the way and I’d had to drop it. All these many years later, I had reason to be thankful I’d even done that one year, because at least I had a slight notion of how to construct an essay.

What I have come to realise over the past three years of working towards my Masters is how important continuing study is for the brain. I don’t think it matters what we’re learning – it could be bee-keeping, permaculture, engineering or, as in my case Japanese art, but something happens when we stretch our grey matter. Emotional intelligence psychologist and author Daniel Goldman wrote that: ‘People tend to become more emotionally intelligent as they age and mature.’ It would be nice to think that was true, but at the time that I enrolled for the degree I was feeling anything but emotionally intelligent, or in fact intelligent in any way, shape or form. I was coming out of some dark days, and I was fragile.

During the three years of studying for my degree ‘stuff’ happened. One of our dogs killed the neighbour’s cat, and had to live life for a year as a dangerous dog, the same dog was almost killed twice by the neighbour’s Ridgeback and my neighbour had to put his dog down; my step-mother died, my father died, a year later our beloved Shetland pony died of a brain tumour. There were health issues in the family that affected my everyday life, a sister on the other side of the world was diagnosed with breast cancer, a relationship suddenly ended, there was (and still is) the ongoing vexed question of living in the county and actually making a living – working, it seems to me sometimes, twice as hard for half as little gain as our city counterparts. There was the joys and frustrations of starting Verandah Magazine, in which you are reading these words.  All in all I learned the meaning of the words anxiety and depression in a way I had never understood them before.

But once a week, no matter what, I had to get myself ready for my online tutorial. I had to read the papers and the books, research my essays, be ready for questions, or to give a presentation. I had to focus, in other words, on the task at hand, and on something beyond ‘me’.

When I enrolled in Art History, a lot of people asked me why – assuming that I would do something connected with writing. But in a way it was exactly because of the fact that I write most days of my life, that I chose to do something else. Not that it made the writing component less, but it meant that rather than thinking about writers and writing I was thinking about art and artists. I’d also been offered (in years gone by) honorary BA’s so I could go straight into an MA in Creative Writing, but somehow it had never seemed right to me to not learn the craft of academic writing properly. I realised that I found – and find – thinking about art and artists intriguing, inspirational and even somehow soothing. 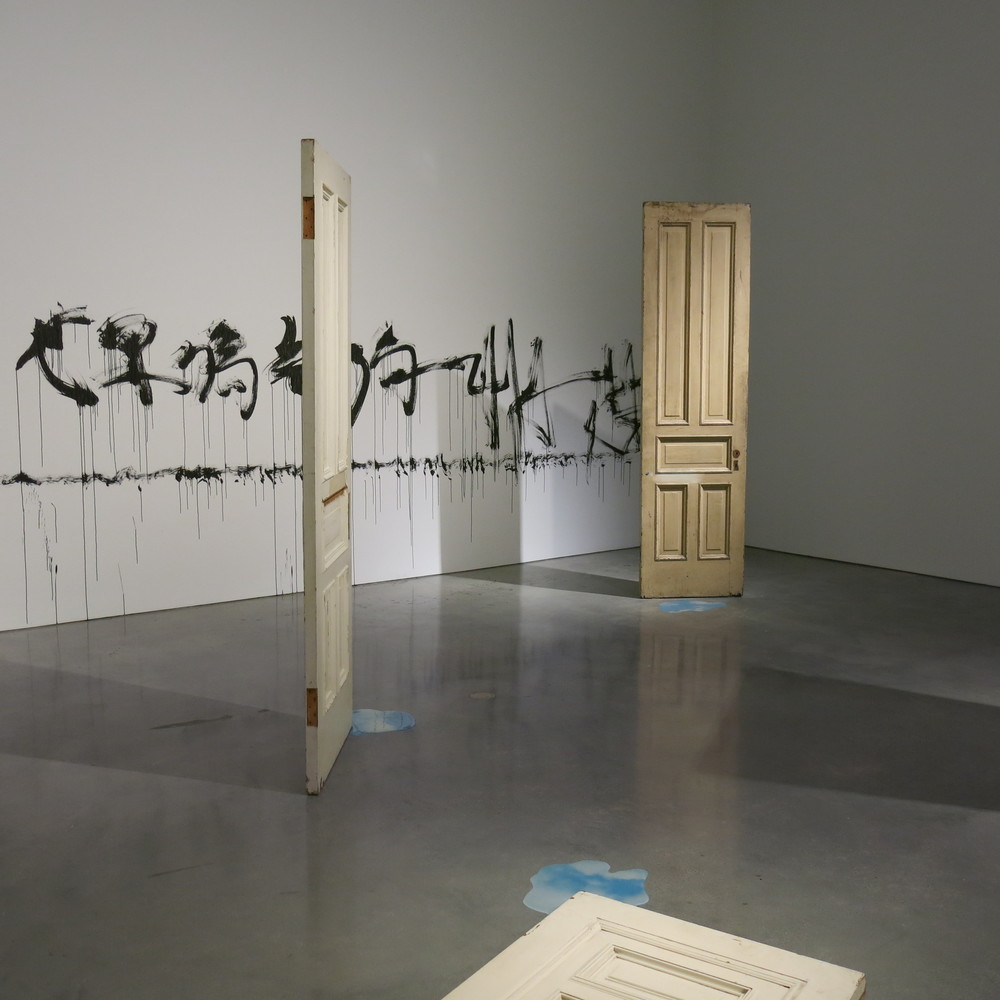 I was also convinced, right from the beginning, that my thesis would be something to do with Indigenous art, which just goes to show that there are no absolutes, because somewhat to my chagrin at the time, that was not my best semester. My best semester, to my astonishment, was in Japanese art, a subject about which I knew nothing, or even less than nothing. However, I’d written an essay on the work of Yayoi Kusama, and Kusama I did love, although at the time I really did not think of her as a Japanese artist. To my mind she was a contemporary and conceptual artist, and a Japanese artist only slightly, if at all. It was my tutor, and later supervisor, Dr Jennifer Harris, who introduced me to the notion of kijin, the rich vein of eccentricity in Japanese art, which embraces all those Japanese artists who have chosen the Way of the Artist above all else. When I’d been studying for my essay on Kusama, I’d also researched some of Yoko Ono’s installations and conceptual art; I realised that she too, fitted the kijin notion. And of course, as soon as I delved into the research I discovered that both these artists’ work contain, in their different ways, a rich vein of Japanese tradition. Their works and careers have not come out of a Western-based art practice, however well-known they both maybe in the West, at its core their work has an Eastern sensibility. 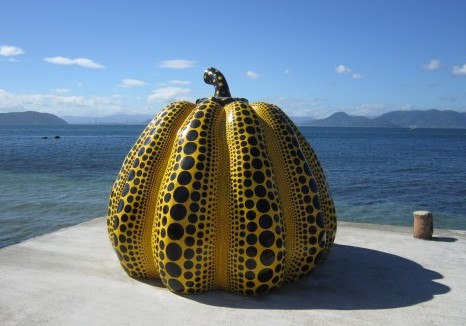 If anybody had told me before I started that a) the process would be as enjoyable as it has been and b) that I would follow the White Rabbit down into a burrow of Japanese art history, overlain with an intensely complex conceptual and contemporary layer, I would have been taken aback.

Something happened to me during the three years of study. I realised that I wasn’t stupid, that I could embrace academic writing and enjoy it, and that learning was almost literally giving me back my love and enthusiasm for life. So if you have a desire to learn – here’s my advice, give into it. You never know where it might take you.

Mysterious are the ways of the White Rabbit, but long may he lead us on our quests for enlightenment, for learning and for enrichment.

When Russell Eldridge retired after six years as editor of the Northern Star, he knew he wanted to write a book.  The result is…