There’s no doubt about it, The Farm – the latest must-visit place in Byron Shire, is a phenomenon.  The multi-faceted food-based business is drawing thousands of visitors a week to its Ewingsdale property – and it’s the brain-child of  two people, Tom and Emma Lane writes Candida Baker.

If there’s anything that Tom Lane, Oroton heir, and founder of the massively successful agri-business The Farm knows about – it’s branding. Hence one of The Farm’s early talking points – the oversized thumb, cheerfully imprinted on the company’s vehicles, the outbuildings, and, indeed, on anything directly connected with Lane, his wife Emma and their partners in their food ventures on their acreage at Ewingsdale, outside Byron Bay.

“It was an easy choice for a brand really,” Lane tells me over a cup of tea in the cheerful noise of the Three Blue Ducks restaurant which is part of The Farm community of businesses. “The thumbprint is the artisan seal of approval, it’s what connects an artisan back to their work. And it’s unique. Everybody’s got their own DNA – nobody’s thumb print is the same.” 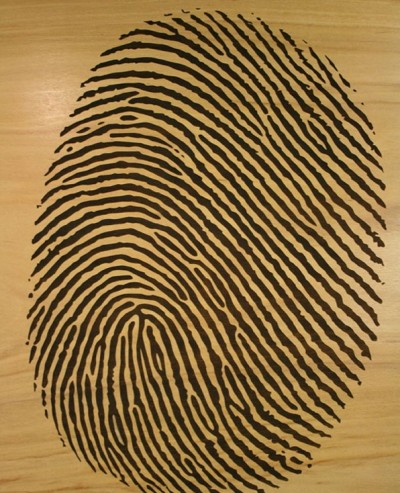 Thumbs up. The iconic signage for The Farm.

If I had to sum up in one word what Lane and his wife Emma have brought to both their business and the area, it would be ‘vision’. It’s not given to everybody to dream of quite such a large-scale, innovative project, and to bring it off in such spectacular style. And yet – and perhaps in this lies the secret of The Farm’s success – its beginnings came from a humble idea.

“We’ve got four young children under ten,” Lane explains, “and when we were having our fourth we decided that we wanted them to be able to spend more time in the country, and so we bought a home on 26 acres near the hinterland town of Federal. At the time we didn’t have any idea beyond simply giving the kids a chance to plant veggies, and to enjoy a country lifestyle in balance with our city life. I remember once when our daughter Matilda was three she went missing, and of course Emma and I were frantically searching for her. When we found her she was in the veggie patch eating the beans she’d planted as if they were chips! It gradually occurred to us that with both our backgrounds in retail, and Emma’s experience in advertising and marketing in the UK that perhaps we could take it to a larger scale.” 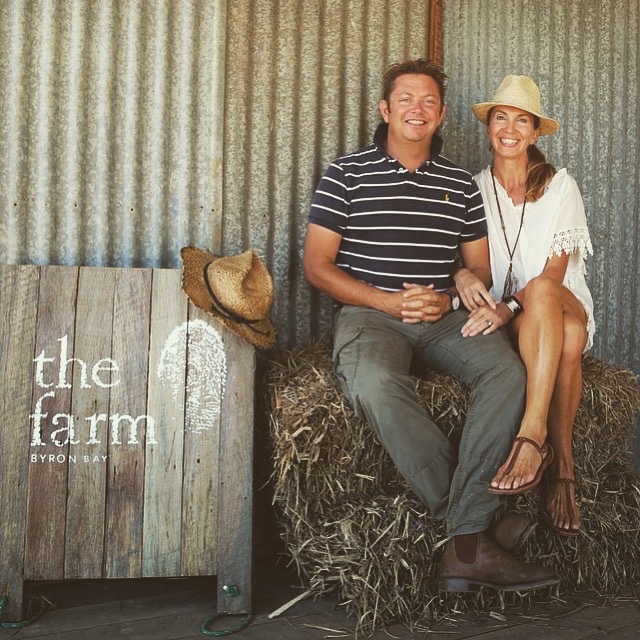 Tom and Emma Lane – staking their future on a country life in Byron Bay.

The larger scale created The Farm’s motto – ‘Grow, Feed, Educate’ – and gradually the idea evolved to create The Farm not just as a business, but The Farm as an incubator of other businesses where people could come and grow produce or run food-related projects within The Farm environment. Those businesses now include Three Blue Ducks, Flowers at the Farm, The Bread Social, Milkwood Permaculture as well as Farm Yoga, workshops and holiday classes for children. “We also have a young couple who grow all the lettuces here for the restaurant,” explains Lane, “so they get to create a business serving another business all in the same space.”

Given Byron Bay’s continuing traffic problems, it was a stroke of luck for everybody that the plan from a developer to build 400 homes on The Farm site didn’t come to pass. “We had great cooperation from Byron Shire Council,” Lane says. “I think they were as keen us as that this 80 acres of prime agricultural land should do what it ought to be doing – growing food. Obviously Byron itself and the region in general have such a food culture, and so we were as sure as you can be in a new venture that there would be support for it.”

Walking around The Farm a few months later, it’s hard to imagine that it ever wasn’t around. From its resident Highland Cattle, Heritage pigs, and free-range hens to the blooming rows of lettuce and herbs, everything talks ‘food’. And inside, the crowds alone queuing up for food and drink or buying the varied local produce on sale are enough to suggest that The Farm has well and truly taken off. “We had 10,000 people through here on the opening weekend,” says Lane. “It was almost a stampede!” They are averaging a staggering five to six thousand visitors a week, and Lane estimates more than 300,000 people will have been through the gates by the end of the first year.

When the Lanes first started investigating the idea they did some research around the world, and there was one project that stood out. “The absolute stand-out was a place called the Stone Barns Centre in New York, which is owned by the Rockefeller family. (https://www.stonebarnscenter.org/ for those who are interested) We got back on the plane and said we’ve got to do an Australian version of this, and that’s when we began to get really excited.”

Lane is adamant that success comes not just from a vision, but from sheer hard graft. “My father was the patriarch of the Oroton brand, and I learned from him everything he could teach me. I was thrown in at the deep end and sent to the handbag factory. He said to me, ‘You can’t leave until you make a wallet or handbag that is good enough to sell.’ I learned to grade leather, I worked in Italy, I was absolutely hands on, and I watched how to build a brand. And beyond everything you have to stick to your guns and drive the passion.” 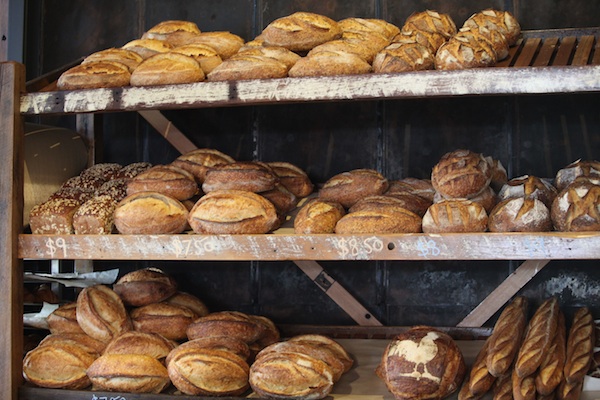 Giving us our daily bread – The Bread Social, part of The Farm Community. Photo: Candida Baker

A visit to The Farm is a chance to indulge the senses, whether it’s Samson & Bronc’s handmade candles in recyled bottles, emergency chocolate, watching the Highland Cattle, eating a meal at the Three Blue Ducks Restaurant or buying some of the beautiful fresh produce.

For anyone contemplating brand-building – and there’s plenty of us in the Byron region – Lane’s advice is to believe in yourself. “Don’t follow,” he says. “Be a leader. To be honest this has been a scary ride – it’s the biggest project I’ve ever done. And in the end you can put numbers on a page but if it doesn’t feel right it’s not going to work – you have to love what you’re doing.”

Until they moved up here permanently at the end of last year, the Lanes commuted between their amazing contemporary home at Federal and their beachfront home in Little Manly in Sydney, but now they’re committed to Byron full-time. “You’ve got to have time to stop and smell the roses,” says Lane, “and you can’t do that if you’re split in two all the time. We have our kids at school locally, and one in day-care a few days a week, and in fact now we’re building a shed-style house on the farm in order to keep it real and stay close to the action. We really want our kids to be immersed in it.”

Lane’s favourite word for The Farm is ‘portal’. “I like to think that we are a portal for people to get connected back to food and agriculture at a ground-roots level. We don’t want to grow everything ourselves, we want to support the growers, and find local businesses along the way that would fit in well here.”

While we’ve been talking, we’ve walked around the entire property – I’ve had my toes pecked by the free-range chickens, sampled the coffee, drooled over the garlic and cheese and local produce in the cool room, and taken a walk to see the Highland cattle, but there’s still one burning question I have to ask – whose thumbprint is it actually?

Lane laughs. “That’s one question I’m not answering,” he says. “It belongs to someone, but it’s been digitally altered so it isn’t actually an individual’s thumbprint.”

It occurs to me then that the thumbprint it’s a bit like The Farm itself – an artisan project with echoes of the past, but modernized for the present.

Jenny Dowell was Mayor of Lismore for eight years.  She retired six months ago – but you’d hardly know it.  From tonight she’s playing…