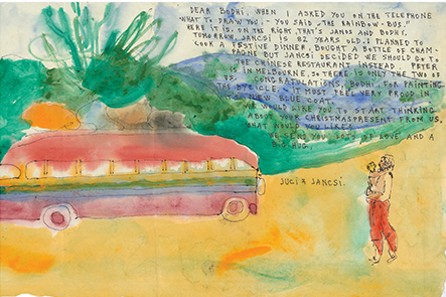 Judy Cassab is one of Australia’s most recognised artists, and the first female artist to win the Archibald Prize twice, and is famous for her portaits of well-known Australians. At the age of 95, Cassab is no longer making art, but her reputation remains as strong as ever, writes Lismore Regional Gallery director Brett Adlington.

When we develop exhibitions for Lismore Regional Gallery, we generally aim to connect our programs in some way to the local region. When developing this exhibition on Cassab, we were well aware of her link to the Northern Rivers, through her son John Seed’s residence at a number of multiple occupancies in the region. Seed was part of the first wave of arrivals in the early 1970s, seeking an alternative to a mainstream, city-based existence.

Cassab documented much of this, with her diary entries tracing John’s motivations, her trips north, and her developing relationship with her grandson Bodhi. As we were putting together this exhibition , we were delighted to see that Bodhi’s mother, Greta, had kept a folder full of letters and drawings sent to a young Bodhi Seed. These delightful letters chart a growing bond between Cassab and her grandson, and her growing affection for the Northern Rivers. 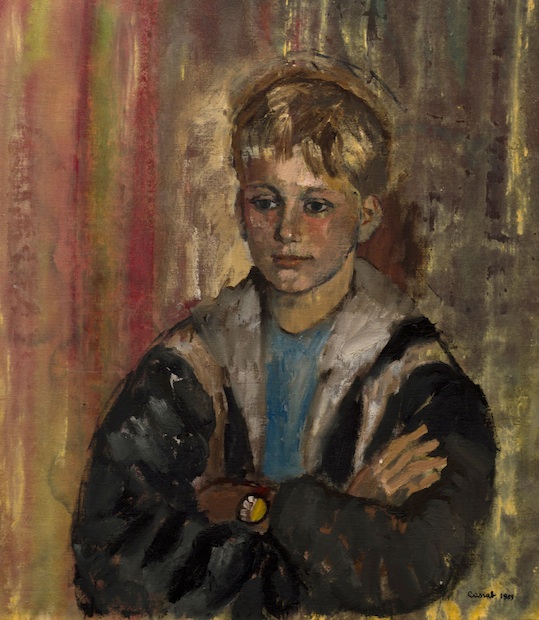 Never before shown publicly, these letters form the launching point for this exhibition, with their whimsical depictions of community life, and made-up stories to charm a young boy. The exhibition is extended through work Cassab is more known for, portraits of family members, and landscapes of this region. We have also presented extracts of Cassab’s diaries from the 1970s on a rolling screen. This evocative portrait of a changing region is a final ode to family and place.