The first time I stood in front of a landscape painting by an Indigenous artist – Rover Thomas, in that particular instance – I experienced the oddest physical sensation. I felt as if I was falling into the painting. That was 40 years ago, and over the years I’ve become accustomed to a sense of visceral vertigo when I’m engaged with work which speaks specifically of Australian landscape. I’ve often wondered why it happens, and the closest I can get to an explanation is that to me the best Aboriginal painting has a curious 3D quality to it – even when the painting surface is apparently flat.

Standing in front of Michael Philp’s gloriously dark and yet somehow luminescent painting, Far Away, at his latest exhibition at the Lismore Regional Art Gallery I’m not surprised when I feel the familiar tipping feeling. From the night sky, to the infinite ocean, to the tiny white boat in the foreground, this painting pulls the viewer into the story – the tiny, almost invisible human looking back towards the distant shore, and according to Philp: “…the discomfort I’ve felt when I’ve been in boats at sea looking back to the shoreline so far away.” 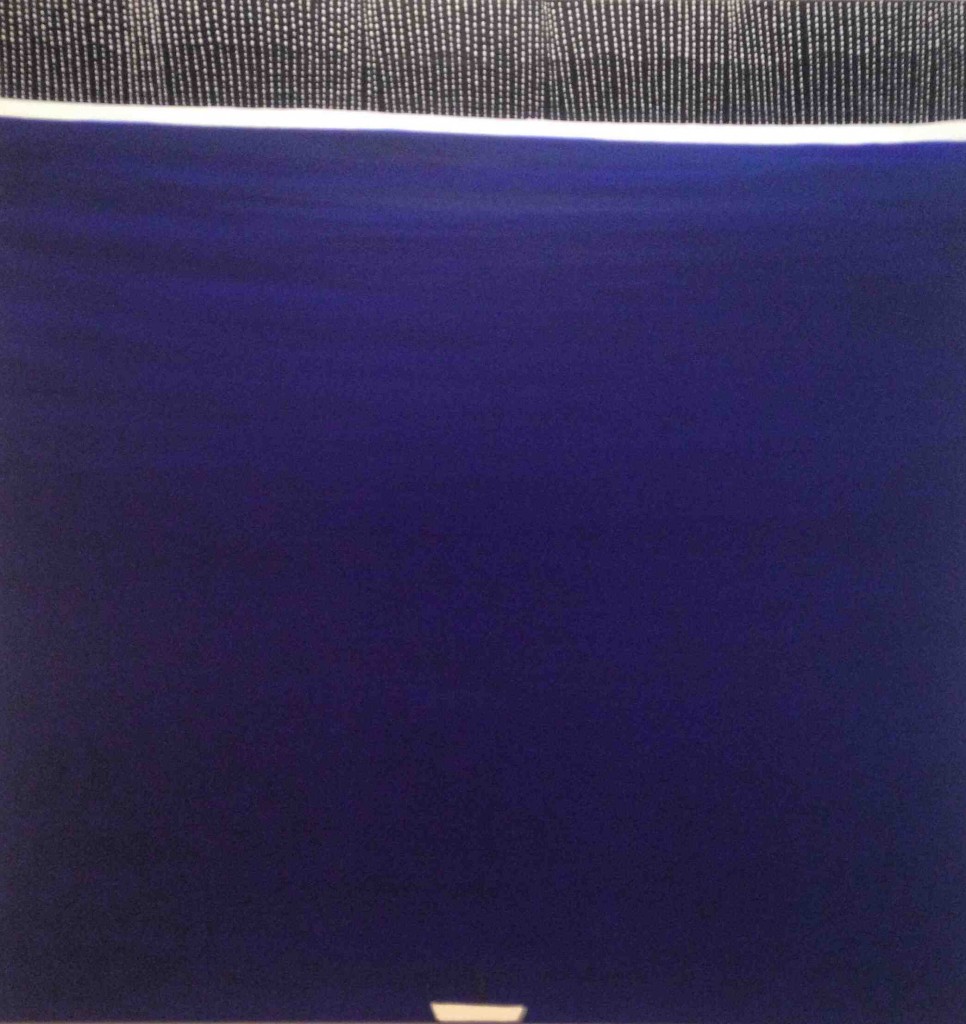 The title of this exhibition is Cosmology in Me and it is divided into two distinct sections – the drawings of that title, and Philp’s most recent paintings from his series My Saltwater Murris. Discomfort is a concept with which Philp is familiar. A Minjungbal man of the Bundjalung nation, born to a white fisherman and a Murri woman, Philp grew up in Midjinbil country between Tweed Heads and the Gold Coast. His white fisherman father, a violent drunk beat Philp’s mother, “for more years than I care to remember,” he writes in his biographical notes. The violence of his background and his detachment or isolation from his traditional history were, in large part, responsible for his fall into addiction. After 20 years of drug and alcohol addiction an art therapy program began a cathartic process which has taken him back to his family and his country and allowed Philp to find his artistic voice – a voice that in My Saltwater Murris pays tribute to his fisherman father, and to his reclamation of his own identity as Bundjalung. 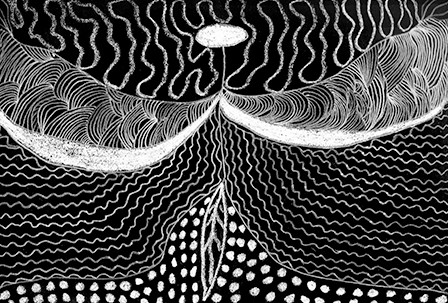 Michael Philp: #1 Cosmology in Me series, 2003-2005, courtesy the artist and Saltwater Murris.

The paintings have haunting names – Patience My Son, My Soul Beacon and Far Away amongst them, and that haunting quality is echoed in the works themselves. In the paintings there is a sense that night, rather than day, is the keeper of the soul; in the small but potent drawings, the images explore the not insignificant idea that we carry not only our own emotional world within us, but also the entire universe.

Philp uses dots in some of his works judiciously, but to startling effect, as stars, or as shards of light, or rays of energy. To me they often resemble rain – as in the wonderful My Heart’s Beacon, in which a tiny black figure on shore is connected to a small white boat with a larger, white figure in it by a grid of pure white dots on a deep black background. Of the painting Philp writes: “When my father would go out fishing at night I would worry about him being ok, and I would send a little prayer out to him, imagining him surrounded by light.” At a curious first glance a viewer could see the painting as something as simple as someone in a bath, or shower (imagery repeated in Patience My Son), but with the knowledge of Philp’s troubled past with his father, and his long journey from disconnection to reconnection, the painting takes on layers of emotional meaning. 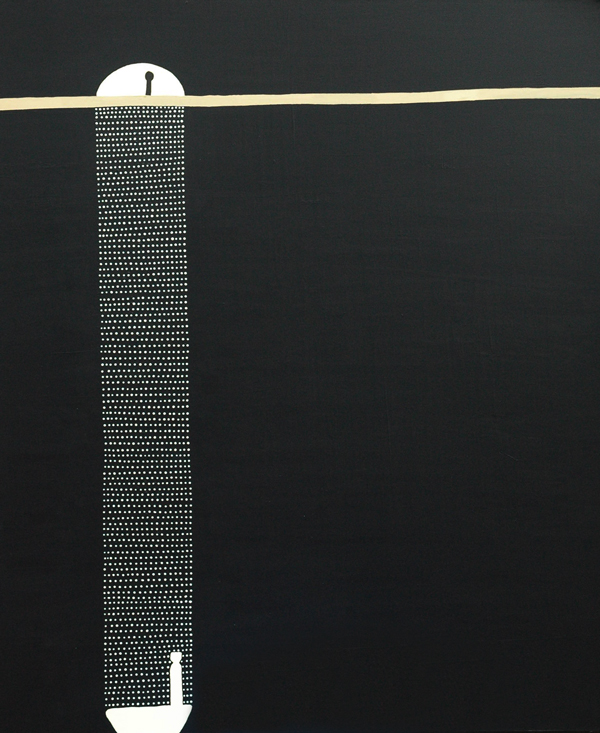 Reading too of Philp’s early troubled relationship with his son’s mother – and the almost inevitable damage that alcohol and violence wrought upon the next generation – is as disturbing as it is inspirational to discover that Philp has spent the last 15 years repairing not only himself, but his relationships with his family. Should Philp’s story be something that we need to know before we can properly absorb these paintings? Probably not – as with all good art the paintings speak for themselves, and yet at the same time it is the sense of undercurrent within his work that makes it so powerful, so ultimately redemptive. There is absolutely no doubt that Philp could become a major voice in the Australian art world, and I, for one, look forward to falling into many more of his paintings.

Philp’s work is currently part of the NSW Aboriginal Art Parliament Prize Touring Exhibition, with exhibitions coming up in Musswellbrook Regional Art Gallery, and Coonamble Outback Arts; and My Saltwater Murris will be shown at Hervey Bay Regional Gallery next year.

My Saltwater Murris is showing at Lismore Regional Gallery from April 18 – May 23.

You can find out more about Michael Philp’s work here: michaelphilp