When psychotherapist and horse-lover Beate Sommer moved west of the range to Tenterfield to Riversong Ranch she was able to deepen her journey into the psyche of wild horses.

In late August a truckload of twelve young Kosciusko Brumbies arrived at the Stanthorpe Showgrounds in Queensland thanks to an initiative called High Country Brumby Rescue by the SEQ Brumby Association, taking this lucky lot out of reach of the government’s Draft Management Plan to eradicate close to 90% of Kosciusko Brumbies.

One day I was talking with a friend about the Brumbies explaining how I had started to work with the approximately two-year-old filly I was adopting (and a 10 month-old Brumby gelding from Guy Fawkes NP at the same time). I described it like this: “First, we worked on trust and clear communication. She has begun to follow me around, lets me touch her all over and pick up her feet. Then she became confident and started bossing me around.” His response was: “Sounds like you two have a love affair!” I thought about that later on and even though he meant it tongue in cheek, it is actually true… in a love affair or any kind of relationship it is a similar journey.

When being around horses and when training a horse we have the opportunity to learn so much about ourselves. To horses everything we do or don’t do has meaning and we have just taught them something, consciously or unwittingly. I personally feel that the Brumbies are even more sensitive and finely tuned than domestic horses and it has made me aware of how confusing we must be to them a lot of the time depending on how much or how little self-awareness we bring into the relationship and into the round yard. Every movement, change in body position, the way we breathe, our tone of voice, where our attention goes, speed, pauses, timing and so on are ways of communication. We are always communicating something. 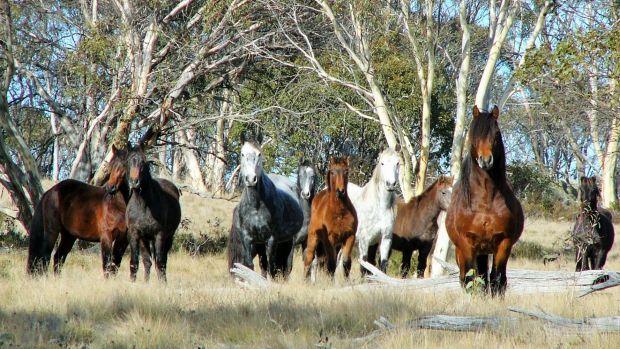 Kosciuzko brumbies – noticing everything around them…

Horses notice everything around them while being aware of their internal environment at the same time. We can learn from horses how to become more attentive, sharpen our senses, tune into our environment and to be connected to each other without loosing connection with ourselves.

How amazing would it be if we lived in such an aware way! Everything means something. Everything means something anyway but now we are aware and we relate to each other from this heightened awareness. We respond in the moment and not five minutes or a day later when our mind has made up a story around the experience and then built subsequent behaviour on these stories. We move on from that moment to the next, then another and another. We use all of our senses including the sense of emotion to receive, process and communicate information.

I mean, how much do we miss every day and in each moment with each other?! All the assumptions we make (making an ass out of u and me), false conclusions we draw, judgements we pass and hurt feelings we choose to have as a result!

This morning I woke up with trust on my mind. And safety. Are they the same or do we need to establish safety before we can build trust? We can go to the dictionary and look up the meaning of these words or read about safety and trust in texts on psychology and mind-body therapies but I feel they are also deeply personal. 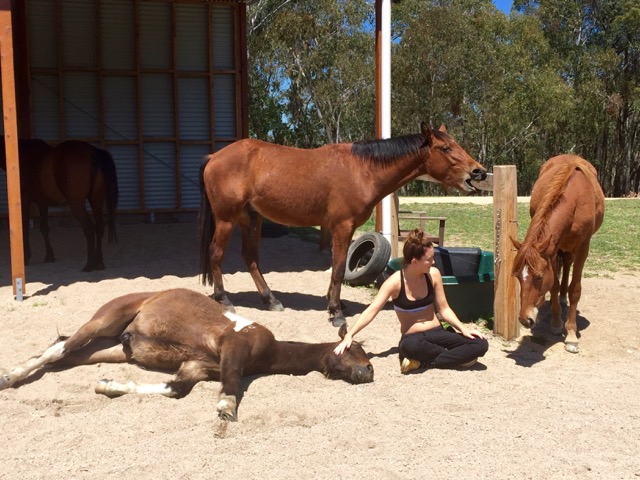 The other day I was watching a DVD of an amazing German dog whisperer (Maja Nowak). She said that respect comes first in a dog-human relationship and that humans usually make the mistake to think trust and affection come first. That made me think! Does respect come before safety and trust? Or are they all interconnected?

If you felt called to do so right now, you could get a blank piece of paper and begin to jot down everything that comes to you when you think about safety, trust, respect… words, images, sounds, memories, expectations, questions and so on… If you’re with a friend or a loved one then invite him/her to do the same and afterwards compare notes. IF you feel comfortable doing such an exercise. IF you feel safe revealing yourself in such a way. Or else it could be a very private undertaking for today beginning to explore what safety and trust mean to you.

They are certainly prerequisites for the relationship with a horse. During the time I worked with the Kosciousko Brumbies and interacting with the humans involved with them I have learned much about myself such as how sometimes I approach too fast (and I don’t necessarily mean speed as in how fast I walk or move my hand) and it took me a while to understand that good intentions, enthusiasm and a heart full of love do not justify entering before the invitation has been extended. I guess that’s about respect too!? Sometimes, doing nothing and simply holding space is the greatest gift of love to give someone.

It is the same for a human as it is for a horse. If a person is in fear, (s)he will find it difficult to let in acknowledgement, support, love… because the Nervous System is on alert and not in a relaxed, trusting and receptive state.

Actually, horses are easier because they don’t have mind and ego getting in the way. In humans, fear elicits fantasies experienced as real. After that it is like a domino effect, once you have knocked over one all the others fall too. Have you ever seen those guys who create pictures out of thousands of domino pieces but you can’t see what the picture is until they have all fallen? It is a bit like that! Whichever domino piece falls first – fear or love – determines what picture is created. 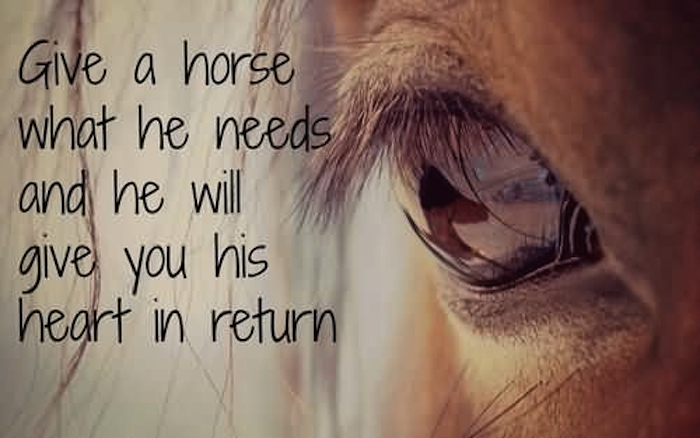 A horse trainer once told me that we must have ‘hands that close slowly and open quickly’. What he meant was that when using the lead rope or the reins your hands have to close slowly and with feel and when the horse responds with softness they have to open instantly to release and reward.

Trust develops slowly and can be lost quickly! So go in slowly and reward often and quickly, the horse, yourself and others.

Come, take time to smell the horses at our new sanctuary “Riversong”. We offer byo camping and horse and also have a selection of affordable accommodation options, run horse and healing retreats and take working students.

Georgia Buckle, social media and marketing manager at Zentveld’s coffee HQ, which is nestled in the beautiful hills behind Byron Bay, is used to…