The Lone Goat Gallery in Byron has a special pre-Christmas treat on with their Bundjalung Heathland exhibition running until December 21.  Christine James, Beth Hatton and Janet DeBoos celebrate their connection to the region’s best-loved National Park. 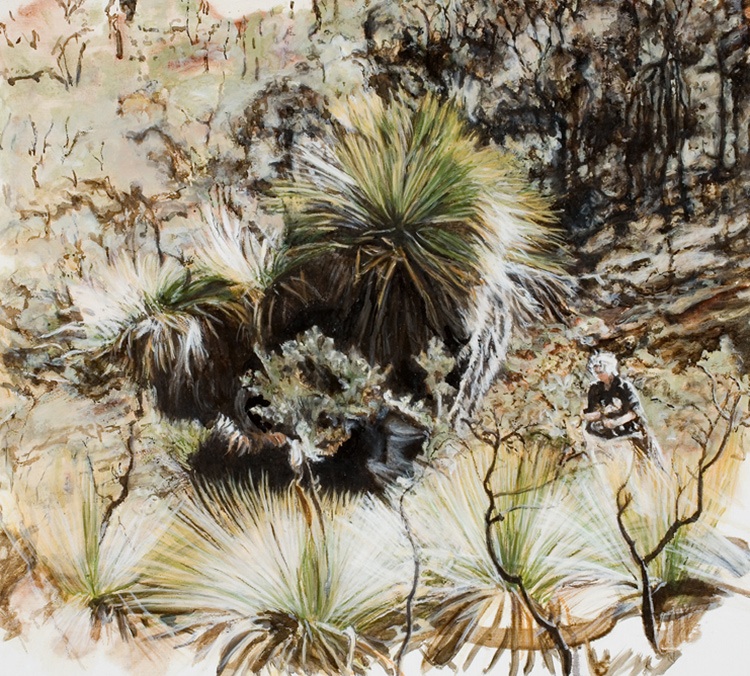 Now living in the Northern Rivers, Christine James remembers many weekends and vacations spent at the family’s holiday house at Evans Head, particularly accompanying her father and brothers on whole day fishing expeditions. Her father taught her to read ecological marking points as navigational guides in the landscape of the coastal fringe where he so loved to fish, while her mother, who was an honorary ranger, developed her appreciation of the minutiae of heathland flora. James draws on both influences in her paintings of heath and estuaries.

Canberra-based Janet DeBoos often visited Evans Head where her parents owned a motel and restaurant for many years. Janet trained as a botanist before taking up ceramics. Her current work expresses aspects of the Australian landscape through the use of Chinese decorative arts conventions. She writes: ‘I am transfixed by small flashes of colour in what may sometimes be seen as ‘drab’ country, as they draw me into an examination of the beauty of small things. This is a way to enter into a big landscape and a way to find one’s way in the world.’ 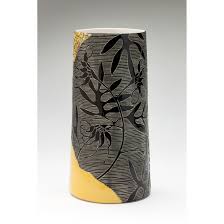 Beth Hatton grew up on a farm in Saskatchewan before migrating to Australia in 1976. Although now living in Sydney, she finds herself drawn to aspects of rural life reminiscent of her days on the farm, as well as those Australian landscapes which evoke the vast open spaces of the Canadian prairies. In exploring Bundjalung Park, some parts of which afforded the expansive views she finds so potent, she was amazed by the Park’s health and diversity. She was also interested to read some social histories of the area. In this show she refers to both of these aspects in a series of works honouring the resilience of the native flora and fauna which are overtaking most traces of earlier mining and farming.

The Lone Goat Gallery is open every day from 10.00 am. For more information on upcoming events go to: thelonegoatgallery

Last weekend could not have been more perfect for two of the region’s best-loved festivals, writes Victoria Cosford.  Sample 2014 was the biggest…