Sacred music, musical mantras, ecstatic chanting – welcome to the world of Deva Premal and Miten.  “As you listen to the music of Deva and Miten, the sacred space that lies beyond the mind emerges naturally and effortlessly. Pure magic,” said Eckhart Tolle.  Lucky audiences in the Byron Shire get more chance than most to catch up with the divine duo writes Candida Baker.

There’s a sound that singer songwriter Miten says he will never forget. It was when, he says, Osho left his body back in 1990, and suddenly 2,000 people spontaneously let loose.

“I can’t even describe it,” he says, sitting backstage at the 2014 Byron Bay Uplift Festival, where I’m interviewing him and the unique Deva Premal, his partner in life and music. “This sound erupted when we were all given the news – it was a kind of wail, a howling, an eruption of sound.   For me it was suddenly as if the walls of the ashram In Pune crumbled – and all that was left was love – the love that Osho we had felt for Osho for all those years, the love he had been trying to teach us to feel for ourselves, and I realised that at this exact point if I couldn’t embrace myself, fill myself with the love I had felt for Osho then that would be a tragedy.”

At the time of Osho’s passing, Miten was responsible for the music in the ashram, and it wasn’t long afterwards that he met Premal, a devotee 23 years his junior – “She was studying massage and shiatsu,” he recalls, “and she was looking for someone to practice on, and that’s how we met. I encouraged her to join our evening music meditation, singing and playing keyboard – and gradually, as she discovered her ‘voice’, and the power of the mantras, the path opened before us.”

Premal, sitting on the sofa beside Miten, nods. “I was very shy in the the beginning though,” she says. “I didn’t want to sing alone, but Miten encouraged me, and through his tutoring and my love of singing, I discovered my natural singing voice.” 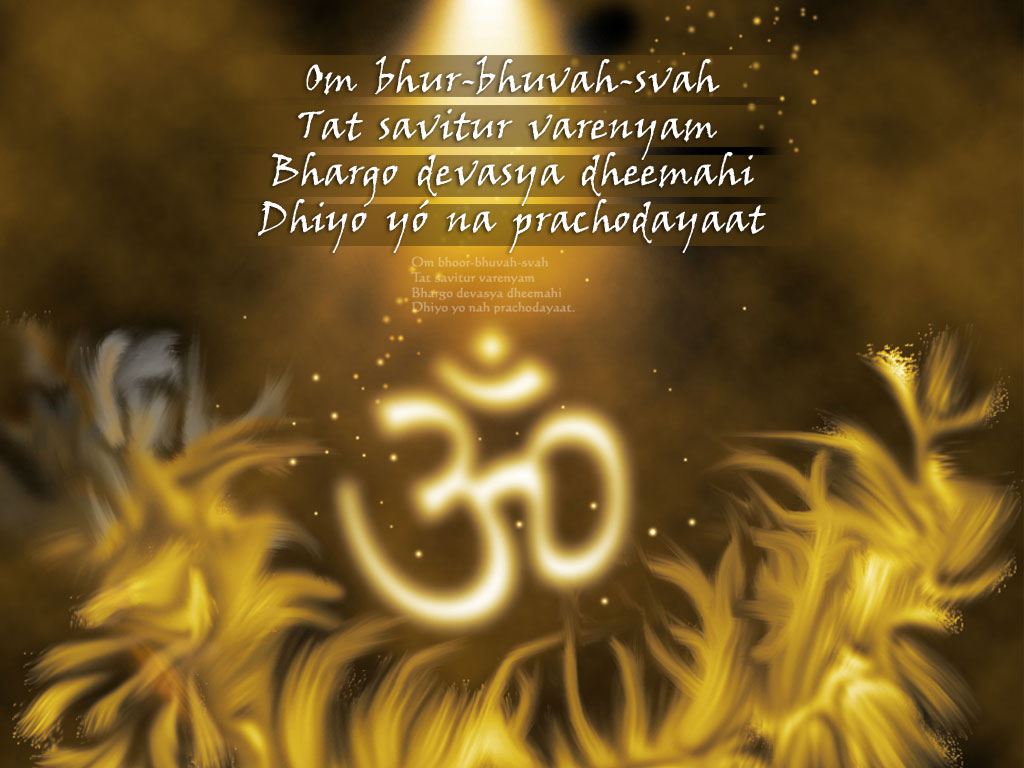 Miten, who jokes that his partnership with Premal was “an organized marriage by Osho from the beyond,” realised in the months following Osho’s passing that for the couple the time had come to take their music out into the wider world – and with that peculiar alchemy that occurs when passion and purpose join forces, the world not only opened up for them, but embraced them. Participating in a music festival in England, they heard the Gayatri mantra being chanted, and for Premal the sound immediately re-connected her to her childhood. “My father sang me the Gayatri mantra every night,” she says. “I fell asleep to the sound of it, and I didn’t even realise until I heard it again how deeply it was in my heard. I felt that I had found my song, Singing it, I found the sacredness of it touched people, and I began to search out other mantras.”

Soon Premal and Miten had enough for their first album – and came full circle, recording it in the family apartment where Premal had been born. Initially designed to simply be an album for friends, and workshop attendees, The Essence was a massive hit, topping New Age and Alternative music charts around the world – and setting them both off on their new career path, giving concerts and workshops around the world. Not that it wasn’t tough in the beginning. Travelling Europe in a rickety old van with only a few pennies between them, their first concert was performed to an audience of exactly one – their last, in Buenos Aires to 5000.  But part of the charm of both Premal and Miten is that for them one or 10,000 is the same.  “We love what do,” says Miten.  “So really it doesn’t matter if it’s one or a million, it’s all the same.” 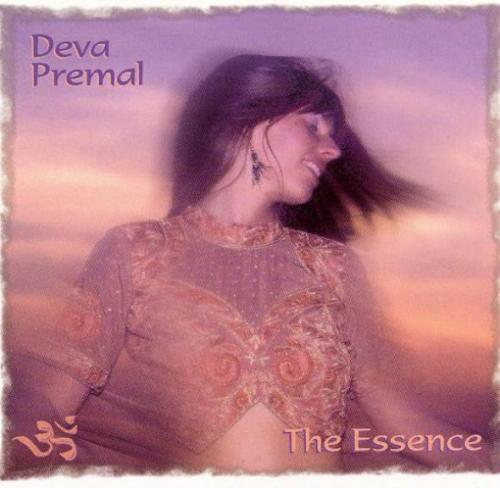 The cover of the 1998 hit album, The Essence

“This year alone we’ve travelled in 24 countries over eight months,” says Premal. “We are so lucky that we love what we do and although, and so for us the travelling is simply an aspect of that.”

In 2005 Premal brought her Gayatri Mantra journey home when she and Miten chanted it for her father as he was dying.  “We kept singing for around half-an-hour,” she says, “when the monitor showed us that he was about to leave his body.   I continued to sing, and the last sound he heard as he passed on was his beloved ‘Gayatri Mantra’ which was a wonderful experience for me.”

During the High Middle Ages, a troubadour was a composer and performer of Old Occitan lyric poetry. The travelling singers were highly regarded – more so than their minstrel counterparts who were expected to indulge their patrons with various other skills such as juggling and clowning. Troubadors, with their emphasis on love and the meaning of life, were regarded not just as singers and composers but also as teachers.

Fast forward from the Middle Ages to Nuremberg circa 1970, and even before she was born, Deva Premal was listening on a daily basis to sacred music. Born to a mystic/artist father and a mother who loved music, she was taught violin, piano and singing from an early age. “People have often thought that I must have embraced the discipline of music and meditation even as a child,” she says, “but in fact, as most children do, I simply went along with what my family requested of me, but I was very fortunate that their discipline was so truly connected with what I was born to do.”

Premal’s upbrining was in direct contrast to Miten, who grew up in England in the 60’s when the music revolution was in full swing.  He established a successful career for himself and then went on to open for  such bands as Fleetwood Mac,  Lou Reed and Ry Cooder.  Ultimately, however, he found the lifestyle unfulfilling and as he began a quest for a deeper meaning in his life, he came across the practice of meditation – which in turn led him to meet Osho.  “He gave purpose to my life,” he says simply. 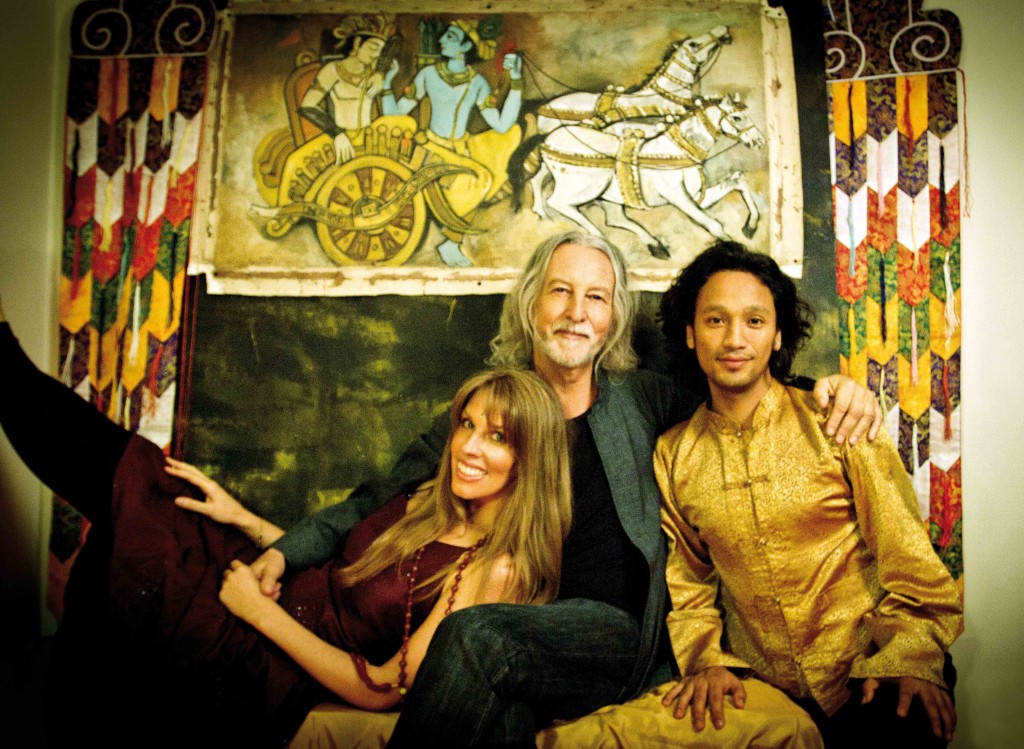 Premal was only 11 when she discovered the teachings of Osho – then the Bhagwan Shree Rajneesh – and began to study with the local community. Her parents introduced her to Osho, and as she was absorbed into the life of a disciple, she was given her new name – Deva Premal. “It means Divine Love,” says Miten. “And to me that is exactly what she embodies. ‘Divine Love’. ‘Sacred Music’. This is what it is all about for us.”  Since 2004 Premal and Miten have joined musical forces with Manose, the extraordinary bansuri flutist from Nepal, whose haunting melodies and ability to improvise has seen him play with everybody from Australian jazz maestro Don Burrows to the Chicago Children’s Choir.  The combination of the three of them is about as close as I think I can get to a musical heaven on earth.

For those of us fortunate to live in the Byron region, this is the closest place they have to a ‘home’, and the only time in the year where they get to clean out their bags and hang up their clothes. “We spend a few months here every summer,” says Miten. “It’s a great joy to us to be able to rest and relax, and give some local performances.”

And a great joy for us to be there.

Deva Premal and Miten’s next appearances will be at: