Two Northern Rivers artists, Bernadette Curtin and Merrilee Pettinato, and Kelly Zarb, from Melbourne, celebrate their relationship with nature’s rhythms and cycles. Their group exhibition runs from December 9 to January 17 at the Northern Rivers Community Gallery in Ballina.

“My work has a central theme of natural wonder and joy in colour. I feel a strong pull towards the moon,  the stars and the sky. Every night after work I walk down my driveway, I look to the sky to see which of my friends are shining my way tonight. I feel that I am part of this vast universe. In order to capture this vast magical land and ocean of energy, I have developed a formula of geometric shapes including circles, triangles and repetitive dot sequences to explore unity, I can’t get enough of this grand science. These different elements create the backdrop for the universe at large which is the central theme of my paintings.”

“The sea creatures inhabiting the ocean, from tiny molluscs to the mighty whales, live in a majestic eco-system, each creature a part of the whole.
The coral reef systems, my focus for this body of work, symbolise the interconnectedness of all life, as well as the delicateness, preciousness and fragility of nature. If the way we live impacts on these systems and their inhabitants, how responsibly are we living?
The Ocean seems like a metaphor for a world uncorrupted, something we humans long for.” 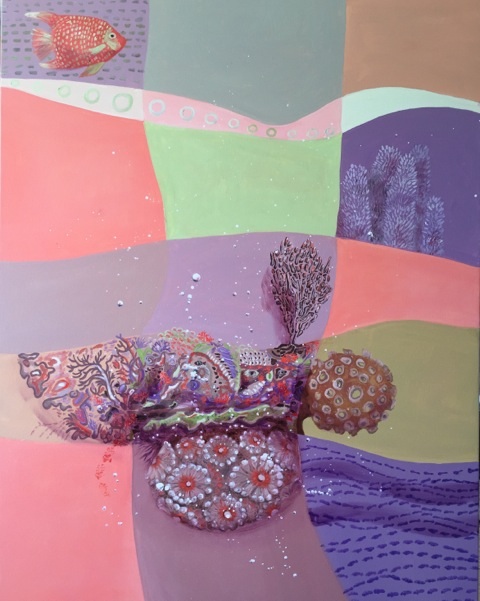 “We have spectacular beaches in the Norther Rivers, each time I walk on the sand or swim in the sea the magic is all around me. Any one aspect of the ocean is worthy of expressing on canvas, and for this exhibition I have chosen to focus on the shoreline…a seagull strutting along the water’s edge, the crashing aquamarine wave with all the white crests, looking into a rock pool at the treasures living there, the pandanus growing in salty sand, the lighthouse a beacon of light to guide fishermen and sailors. The detail of random patterns, reflections and light play on the surface of the water, the colours that appear I find are of continuing fascination. When I break down a reflection the patterns, colours, light, shade and depth are so random…until you step back and view them as a whole and they then merge as water again.” 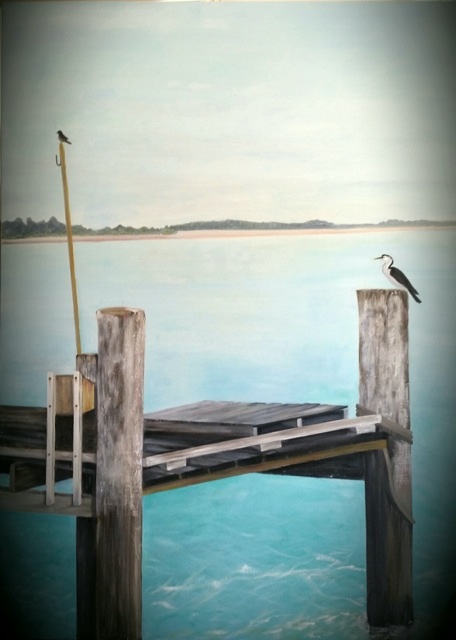 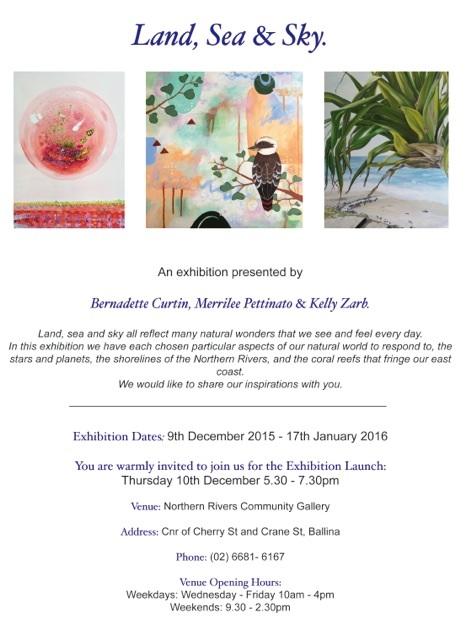 When Robert Drewe read of Australian jockey Edgar Britt’s death earlier this year, he thought it was about time to have a quick Captain…