Australia’s first community-owned renewable energy retail company has started rolling out its energy plans to shareholders and supporters this week.

As part of this initial roll-out, the Northern Rivers-based company  has also announced a unique energy plan involving the establishment of a renewable energy initiative to be used to support communities who want to build their own renewable energy generation.

Initial responses have been enthusiastic. “It’s early days,” said Steve Harris, Enova’s CEO, “but we are excited by the response we have had so far, which has returned a 100% sign up rate of new customers approached. We feel this is an early indication that Enova is able to provide customers with what they want – a real choice in how they can supply energy to their homes and businesses.”

Harris explained that this careful initial roll-out to Enova supporters, ahead of the company’s official launch, was providing the Enova team with a chance to test offers, systems and processes, and to get real time feedback so necessary adjustments could be made before officially launching to a wider public audience later in the month.

Enova is offering a range of plans to suit all budgets for both residents and businesses. We are also rewarding those customers not on the 60c feed-in tariff by offering a very generous 10c feed in tariff. This plan will also be available to customers who roll off the 60c feed in tariff at the end of the year. “We are particularly heartened by the number of people who have chosen our unique plan, Enova Renewable Development Initiative,” said Harris.

The plan is another Australian first for Enova. By choosing this plan, Enova will put aside 13% of a customer’s standard bill which will then be used to assist communities with the initial business case development. In effect customers are foregoing a discount to help get local renewable energy off the ground in this region.

“We are particularly impressed with the number of people who have chosen to support our Renewable Development Initiative, this is what power by the people for the people really looks like,” said Harris. “All Enova staff, energy consultants and coaches  as well as solar experts and installation technicians are based at the company’s head office in Byron Bay.

Beyond providing jobs and supporting regional growth, Enova is providing a choice to its customers, Harris said. “If you don’t want the money you pay on your electricity bill supporting the development of coal seam gas or fossil fuel generation, and you want assurance of profits staying in the region, then sign up with Enova and support a cleaner future.” 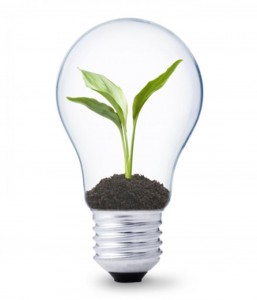 “We realise that for too long the Energy industry has been complex and confusing, and we want to make it simple for people to access sustainable energy, and to understand what energy they are using, what it costs and how they can save,” said Steve Harris. “Showcasing these events sends a strong message that Enova is accessible, and not in an office offshore. We’re here, we’re part of this community and we want to get to know our customers.”

The Chrysalis Girls Program is a counselling program with a difference – directed and guided adolescents themselves.  On Tuesday November 24 they’re holding a…