The Queensland Theatre Company is bringing its award-winning new musical, Country Song, based on the life of singer Jimmy Little to NORPA at Lismore City Hall next week, writes Verandah Magazine’s Georgina Bible.

WHEN actor and musician Michael Tuahine first met Australian Indigenous singing legend Jimmy Little in 2001, he never dreamt he would end-up starring in a musical that borrowed from the story of Little’s life.  But when Little died, 11 years later, Tuahine decided it was time to tell his story.

Tuahine came up with the idea for Country Song after being inspired by the film Walk the Line. Following Little’s death, Tuahine pitched his idea for a fictionised account of Little’s life to Queensland Theatre Company’s Artistic Director Wesley Enoch – the director of the original stage play of The Sapphires, and with Enoch and Reg Cribb, (co-writer of Bran Nue Dae), on board the project was all systems go.

“Jimmy and I were mates, we would talk on the phone, we toured together – I followed him everywhere,” says Tuahine. “One day over lunch, I said to Jimmy I’d love the opportunity to play him, sing his songs and tell his story. He liked the idea.” 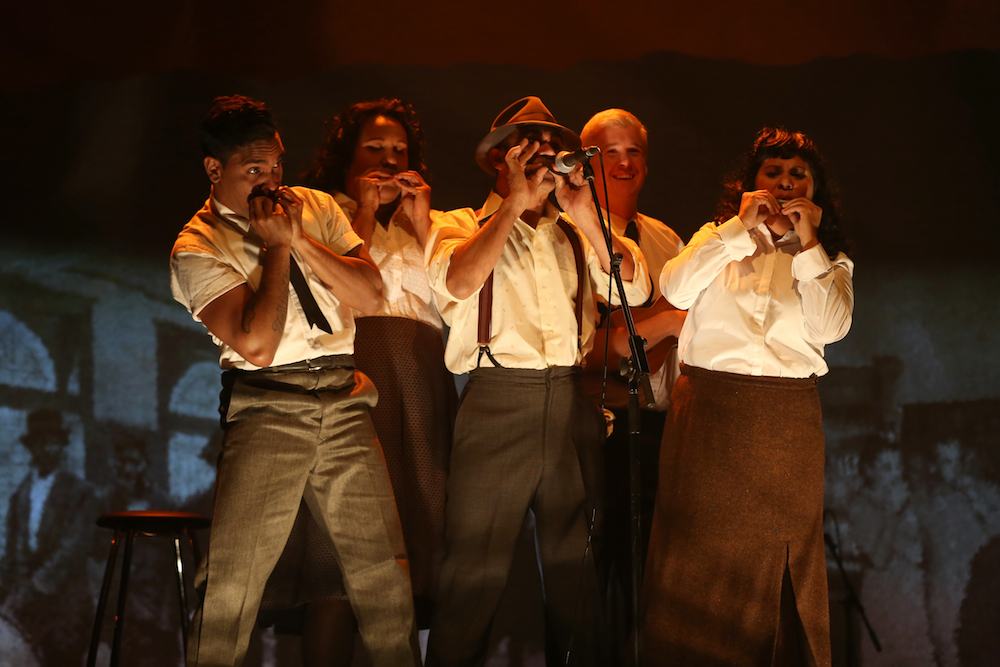 Country Song is built on stories not widely known about Little’s life. Little couldn’t perform in many clubs and pubs because he was Indigenous, despite the fact his biggest hit, Royal Telephone was a No. 1 song in Australia in 1963 and topped the charts ahead of The Beatles and Elvis.

“In my culture, you become the custodian of a story and you tell it to the best of your ability. That’s what Reg Cribb, the writer, and I are trying to do,” Tuahine said. “We wanted to celebrate and capture the integrity and wonderment of who Jimmy was. “ 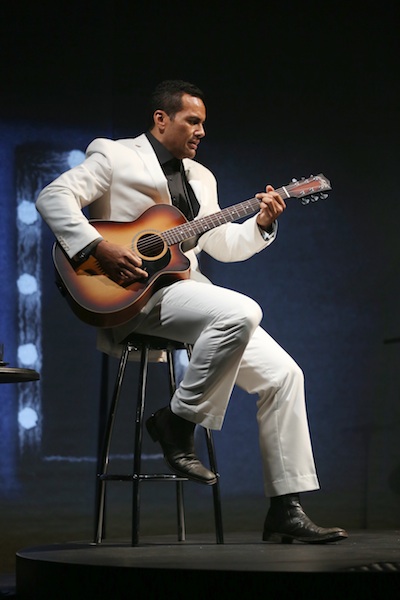 The production narrates Little’s journey down a fictionalised road map of his life, witnessing the history of major social changes of the 1970’s. Little takes us through the thoughts of an artist who must weigh up the political power of his voice. Along the way we hear stories of singers Auriel Andrew, Bobby McLeod and Lionel Rose in this tribute to the era.

“We want to share his life, his incredible music and his impact on other musicians,” Tuahine added.

Diner and bar open from 6pm

Free Q&A with Wesley Enoch and Michael Tuahine after the performance of ‘Country Song’ on Thursday 13 August.

The Jimmy Little Foundation (JLF) works in Australia’s most remote communities in consultation with Elders and Councils, government and non-government agencies, health and community services, and schools and individuals to ensure a healthy future for Indigenous Australians. To find out more and to support JLF, visit https://www.jlf.org.au/jlf-programs/

“I love to write because it’s the simplest, most direct way to make something out of nothing,” says Byron Bay’s Mia Slater, succinctly summing…